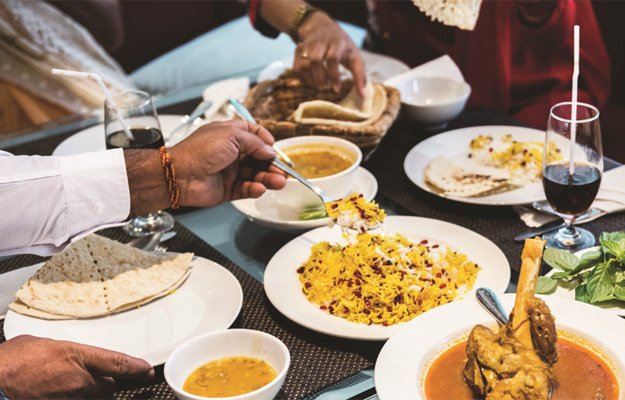 When Sunita Waghmode came to Australia in 1986, the social landscape was very different. Coming from a small village in India, her English was poor, she knew nobody, not even her soon-to-be husband (via an arranged marriage), and had no idea what to expect.

The Welcome Dinner Project is representative of some of the positive changes we have seen over the ensuing period. By promoting inclusion, encouraging networking and providing general assistance for new arrivals, they aim to bring people together. We recently met Sunita to find out more about her story and the Welcome Dinner Project. 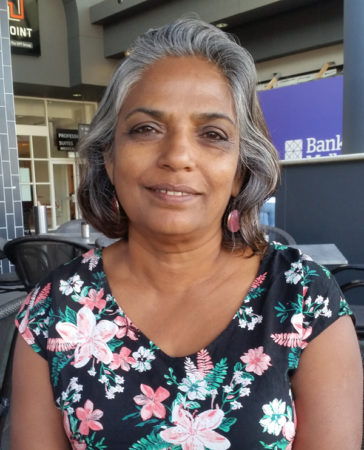 So arriving in Australia would have been hard 33 years ago?

Yes my English wasn’t good, I had to speak very slowly, I had trouble understanding the accent, you don’t know this but Australians speak very quickly! I had no exposure to Australian life beforehand. Today when people and students come they all speak English well, so much better than 30 years ago. Now they are all tech-savvy, they have the internet and movies so they are exposed.

Well I have three kids aged 25-31, and two grandchildren, with one more coming in September. I am semi-retired, I was a microbiologist by trade and worked in the pharmaceutical industry. I always lived in the south, Frankston, Mt Eliza, that area, but a few years ago we moved to the west so the children could access university a bit easier.

The project launched about 6 years ago to help connect newcomers in Australia with established people, using food as a way to help this transition. They organise dinners, lunches and other events, and also offer resources that are useful like language tools and training opportunities.

So how did it start for you?

I had been here in Sunshine for two and a half years and realised I hadn’t met anyone other than neighbours. I wanted to meet people. Here it’s a very mixed group in my neighbourhood. They were interested in us, we were renovating at the time, the locals would wander past and stop and watch, ask questions then have a coffee or tea and chat.

Then one day I found a brochure in the Braybrook Hub about this project. “Great idea”, I thought, I’m a foodie, my culture is very food related. We always gather around food and family and all the all world’s problems are solved with food. So I thought, maybe it’s my duty to introduce our neighbours to strange foods? When the children were growing up I always made their friends eat and try different foods, spicy foods that they had never seen. I like to share food, and I like trying different cultural foods. So I introduced myself, and came to the first dinner at Highpoint hosted by some of the shops in collaboration with the centre. I was really surprised how friendly the people were, people from all walks of life and ethnicities and amazing food.

What is your involvement now?

I realised this is something I’d like to do again, I joined another four or five different dinners, got to know the coordinator Josephine Ong. They were looking for facilitators through a recruitment drive, I got a phone call; “Why don’t you volunteer your time?” She encouraged me to go to the half day training and learn the values of The Welcome Dinner Project – how to talk to people and make them feel welcome. We learned about icebreakers, an introduction to food, and there are also many resources available online and at the office.

You hosted a dinner – how did that go?

Yes I hosted my first dinner. As the host I didn’t have to do lot, some of the other people training were helping. With two facilitators at each home dinner, they help the host set up, prepare plates, cutlery, food, drinks, clean up, and then the go through the process of collecting guest feedback forms and contact details. It was great, we had about 22 people. My husband and sons said “We’re not going to be here, it’s your thing”, but I said “You don’t have to run away!” But on the night they were out there socialising, helping, they enjoyed themselves.

Where were the people who attended from?

It was 50-50 new arrivals and established people. We had people from Pakistan, Greek, Maltese, Indian, Australian, lots of beautiful people. One of the girls was a singer – Ethiopian – and she sang, we made some instruments out of pots and pans and joined in! We enjoyed ourselves so much, that’s the beauty of the food and the music. Fear and unknown of cultures disappears, that’s why this project is so good.

How do the dinners work?

Participants register online and about two weeks out you get the information for the upcoming dinner which is reconfirmed by the facilitators one week before to check on food allergy problems and transport concerns, as many newly arrived people don’t drive. Facilitators might have to pick them up and bring them back. The email has all the info like which bus, how far to walk. If someone can’t go then we have a waiting list. Established Australians can get involved too, make new friendships, maybe take newly arrived people under their wing and make their experience better in Australia.

How much do people interact?

Well new arrivals are quite surprised at how inviting and friendly Australian people are; they’ve never really spoken to or been to their house. It’s great because the food is different, they are friendly, it puts out a very positive perspective.

Were people able to establish networks?

A lot of time when they get into smaller groups they talk about each other’s interests, share recipes and the like. Some people might be in hiking groups or community groups so there’s the opportunity to get involved in those. Some new arrivals don’t know where to start with nature or the ocean for example, it’s wonderful for them to have some guidance. Also we have cards on the table which people can take but now people tend to just add each other straight into their phones.

Are there other kinds of events?

We got together to launch the Sun Theatre newsreel. It was an afternoon tea, and then we watched our film and then a feature. The film was shown to about 25 or 30 people, and then a local choir came and they sang, 20 or 30 girls came and sang four songs. With the community dinners, there were different themes, Werribee Zoo was an excellent one, they provided music as it was an African theme, food, music, drummers, everything. Tarneit Community House also, which was a Mother’s Day dinner; all the mothers were given flowers. The children in Pakistani culture get to wash their mother’s feet as a sign of respect from biblical times, it’s a familiar thing and was great to witness.

Did you personally make ongoing friends?

Yes I have made friendships, my initial aim was because I lost all my friends from the south, they keep saying “Come back” but it’s so far and I can’t even have a drink with dinner or anything because you have to drive. So I wouldn’t have known any of these new people if I hadn’t been involved in the project.

What were some of the foods that have surprised or delighted you?

Greek salads, some of the Maltese people’s food are quite amazing – simple but really flavoursome and tasty – I had never had that before. I swap recipes all the time, not just at the dinners but even at the local shops I swap them! I stand next to someone buying a fish and say “What do you do with that fish?” Even though I am Indian and eat lots of curries, you are always getting different tastes and flavours because they come from different places.

Who should investigate potentially attending or hosting a Welcome Dinner?

If you are community minded and want to give, this is a great project, in return you will get great benefits. Three or four hours a month is all it takes. People who are wanting to extend their local networks, people who want to upgrade there personal skills, there are lots of resources available; online training, software and language programs. You can learn new things such as how to speak and be confident, and how to be with a group of people. Get involved, there’s lots of room for personal growth.
To register for a dinner or donate, visit welcomedinnerproject.org or connect via Facebook: @TheWelcomeDinnerProject.

Facilitators are also required in the western suburbs currently, with the opportunity to progress to coordinator level with additional training available.