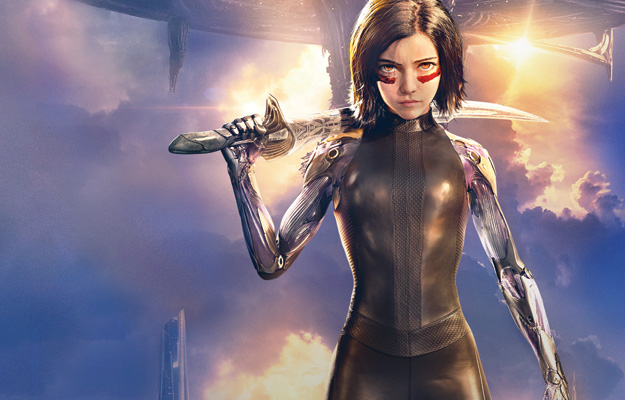 This film exceeded my expectations – I really expected a quick generic story that didn’t have any real meaning once the movie finished. Thankfully I was wrong. The story held well and the film explored subjects such as fitting in and fresh starts. It is always interesting to see a director’s vision into the future; this one is a post-war earth where the world is inhabited by both humans and cyborgs. Dr Ido (played by Christopher Waltz) begins the film searching through a scrapheap, where he discovers the body of a cyborg. Repairing it he brings life back to ‘Alita’ played by Rosa Salazar. She is made by “old tech” that comes from another world, technology that is priceless in the wrong hands, making her a target. Her innocence is broken when it is discovered that she is actually a weapon. The visual effects are stunning, though not as believable as many other films, but it does fit the story. The strong want to stay strong and the weak want to become strong. Director Robert Rodriguez plays with this theme beautifully – definitely a starring point in the film. The action sequences are also a highlight. At times there are moments that make you think twice and question certain events but that is easy to look past. For sure this film is going to get a sequel and I for one am excited to see it. This film explores many morals and hidden themes that are most definitely relatable. Great to watch but maybe not so much for the little kids.