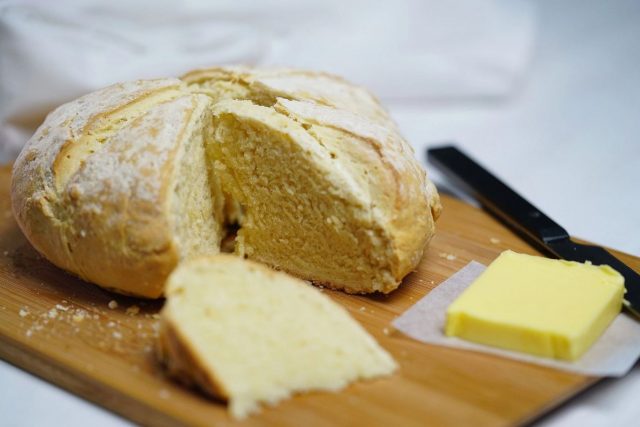 Bread is as political as water. It’s symbolic of humanity’s evolution from hunter-gatherers to agricultural civilians.

Throughout wars, conquests, colonisation, famine and pandemics, bread has been the keystone of civilisation.

I remember walking through crowds of women and children in La Paz, Bolivia, protesting a minuscule price hike of the favourite staple Pan by blocking off all main traffic arteries. The government blamed the fluctuation in fuel prices. The people retorted with a reminder that eating Pan is the right of the people and the government’s job is to guarantee its price.

Political scientists remind us of the many events in history where bread was an essential ingredient in uprisings. From the French Flour War of 1775 to the Southern US Bread Riots of 1863; from bread riots in Egypt 1977 and 2011 to those in Iran 1942 and 2017. When the price of bread rises, riots are the standard response. This has been the recipe. And when any other kind of staple becomes scarce, the demand for and price of bread rise, and the people march.

We now have another kind of uprising revolving around bread.

Wheat and grain were cultivated long before recorded history began and until recently, Mesopotamia, Egypt claimed the origins of baked bread. But discoveries of grindstones around Cuddie Springs in NSW date to an early version of damper bread, 30 000 years ago. A disruptive turn of events in the history of us still being pieced together.

A question I use to energise sagging conversations: What would be your last meal. The responses are, without fail, entertaining. Most have never thought of it. Others go for the fanciest, most expensive dish, often something they have never had. For me, it has to be bread. Not eating bread on the last day of my life would be a departure from the reliable loyalties of flour, water, heat and salt.

The ingredients of my species.

If you have Kangaroo grass or Yam Daisy flour it will make this recipe into something that resembles the Damper from our country’s history. If not, any store-bought flour will do.

Mix together 500g of flour and a teaspoon of salt. With your hands, rub in 20g of softened butter. Make a well in the centre of the flour mixture to pour in 250ml of milk and 125ml of water. Stir until the dough comes together. Turn the dough out onto a lightly floured surface and form into a round loaf 20cm across. Place the loaf onto the prepared tray and, using a sharp knife, make cuts across the top. Bake for 25 minutes in the preheated oven, then lower the temperature to 180C and continue to bake for an additional 5 to 10 minutes.

The loaf should be golden brown and the bottom should sound hollow when tapped. Break the warm Damper loaf and inhale the smell of our history.

IN SEASON RECIPE FOR SEPTEMBER