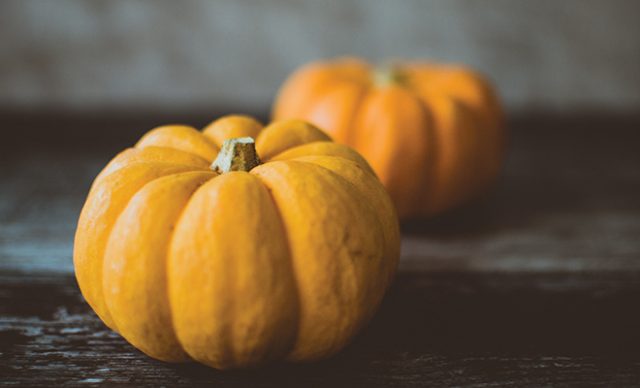 As Australia descends into autumn, the state of humanity reflects on the same screens where we watch dystopian sagas unfold. I’m not going to lament how bad things are, instead, I offer some food for thought, and the soul, and the stomach.

Few fruits are as symbolic as the pumpkin. Always on the table when death and fear are near. Halloween. Dia de Los Muertos. Thanksgiving. Autumn. The end of the summer. A dissolving innocence of a world before a microscopic piece of R/DNA code isolated 2020 as a breaking point in our trajectory.

Few foods nourish like the vast varieties of pumpkins or squashes as they are known in Australia and New Zealand. Rich, nourishing and immune-boosting? Yes. But for the current strains on our health while we endure isolation in the name of public health. But not a cure for or prevention against contracting Covid-19 or any other illness for that matter.

Summer squashes, such as zucchini, globe squash, pattypan, and yellow crookneck squash, are fast-growing and smaller-fruited.

Winter squashes are vining, generally larger-fruited, long-season plants characterised by fruits that can be stored many months (into wintertime) if kept dry and well above freezing. Common winter squashes are the butternut and buttercup squashes, acorn, spaghetti squashes and the giant pumpkin (commonly used for carving lanterns).

The origin of the genus is Mexico, where the largest varieties flourish. As the conquistadors sent pumpkin and squashes back to Europe, a taste for them developed and spread. Squashes transformed into the worldwide staple they are today. But the squash is more than just tasty. It’s one of the most versatile and adaptable plants in the natural world; equally comfortable in sweet or savoury dishes, and in every which way food can be cooked. Much like humans who survive and thrive in the direst of tragedies.

Keeping or preserving squashes is just as easy and versatile as the myriad of ways they can be enjoyed.

Left unpeeled, whole winter squash can keep at room temperature for at least 3 months. However, sometimes spots and mould show up on the outer layer and ultimately spoil the squash. To prevent mould and spots, commercial growers sometimes wax the outside of winter squashes. The same effect can be achieved with oil buffing.

For the best variety of squashes see you at the next Slow Food Melbourne Farmer’s Market on 23 May.