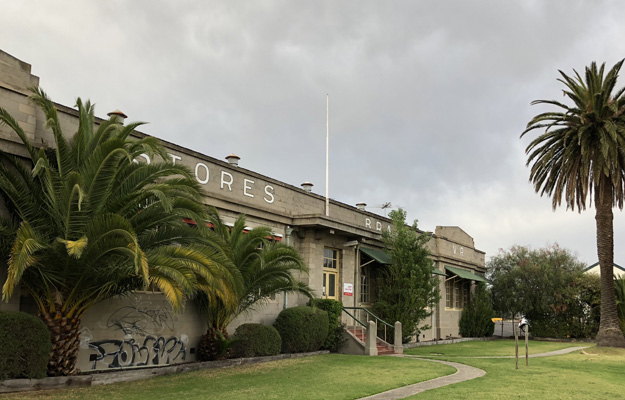 Shame on me. My first house may have been in postcode 3015, but Spotswood stood for little more than Scienceworks and a quaint 90s film starring Hollywood’s best about a languishing moccasin factory. 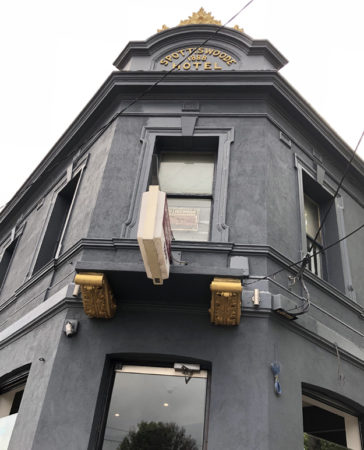 Until a recent stroll in a mid-morning sun around seemingly familiar streets. Popping on headphones, I was soon transported back in time by Museum Victoria’s (MV) walking tour of a once thriving industrial centre.

In its heyday, Spotswood deserved shortlisting as one of Melbourne’s most liveable suburbs. Even more astonishing was an open-air tribute to manufacturing history. Make no mistake, the story of the industrial revolution unfolds in a suburb bordered by salty river and meandering creek, criss-crossed by rolling stock.

The 119-acre allotment bought in 1847 by pioneer J.S. Spottiswoode was put to use as a dairy farm. But natural geography meant the area, later renamed Spotswood, was always destined for factories and furnaces.

High-grade basalt, better known as bluestone, was found along Stony Creek. Beside a waterway, where indigenous Australians once hunted for eels, quarrymen now hauled stone from man-made craters.

The Yarra and Saltwater River once separated grazing plains from capital Melbourne, rivers that early industry could use as an open drain. Nineteenth century Footscray and Yarraville had their ‘noxious’ first factories along the riverfront — meat works and chemical plants; Spotswood was known for canned mutton. 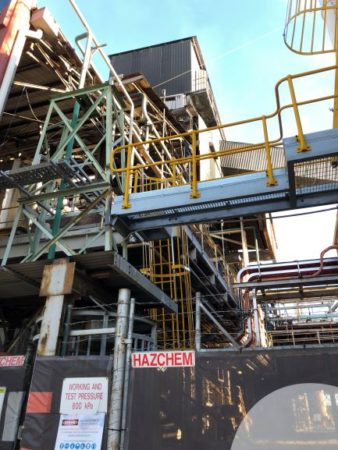 Rail helped industry crawl away from the river and secure Spotswood’s industrial prominence, but that’s getting a little ahead of ourselves … First, a fast-growing and increasingly polluted Melbourne, where typhoid was not unheard of, tunnelled under the Yarra. Sewerage needed to go somewhere. Where else but out west?

Still, a government-funded project in the final years of the century provided locals with much needed jobs. A major engineering feat in the days of steam-driven cranes and locomotives was always going to be dangerous. Lives were tragically lost building the subterranean tunnel. The Pumping Station, which eventually went electric, continued to operate until 1965. At one of their daily tours, Scienceworks will take you inside.

A kilometre inland, Victoria’s earliest government-built railway line passed through Spotswood. And manufacturers took advantage of the ready-made infrastructure for transporting goods and a workforce to and from factories.

Glass works, makers of agricultural machinery, machining plants and oil refineries. Some of the nation’s largest manufacturers sought out Spotswood, which was doing its share of heavy lifting for a burgeoning Melbourne, knuckling down for the war effort processing munitions. 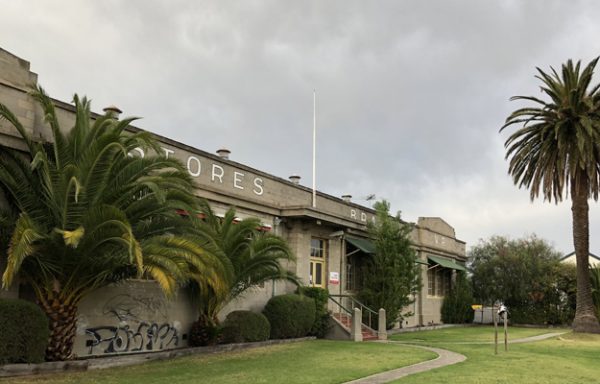 It’s there … if you look closely. Mind you, it took MV’s tour to point out the architecture that links us to the heydays: the pumping station’s French Second Empire-style towers; stately Victoria Railway Stores Branch, easily identified by towering palms; and tucked away in Hall Street, a peculiar looking ‘Mediaeval’ brick building — once used for making detonator fuses.

Perhaps pictures best convey the grandeur of Spotswood at its prime. MV’s app has an illustration of a sprawling 1920’s agricultural manufacturing complex covering an area the size of the MCG. Then there’s a photo of a paved, clean-cut local street of immaculate, newly-built homes for skilled immigrant workers at the glass factory. You could be looking at an ad in a 1950’s American mag of a modern housing estate. 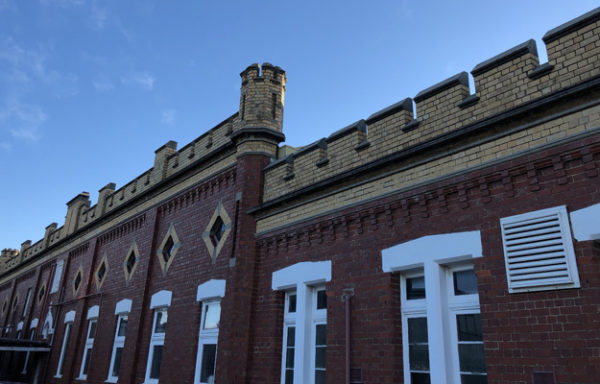 Spotswood even had its very own opera singer, Alfred Luizzi, who toured New York. 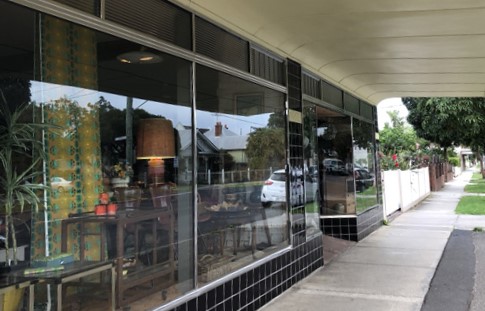 Let’s not forget the train station. Such an unfortunate name for a land speculator and parliamentarian. Yet, today’s residents have Thomas Bent MLA to thank for a commute to the CBD at Hong Kong transit system pitch. Bent acquired the Spottiswoode Estate, subdividing the farmland for residential development. Surprise, surprise: in 1878, a passenger platform appeared ‘in the midst of a bleak and inhospitable moor’.

Living alongside industry had its downside. Locals objected to the proposal for an oil refinery not far from the business centre. International oil companies came all the same; sure enough, in 1940 there was a massive oil fire at the Spotswood railway siding that caught wider Melbourne’s attention.

And in 1970, Australia’s worst industrial accident occurred at the river: collapse of the Westgate Bridge that left 35 men dead. A heritage overlay now protects what’s left of Spotswood’s industrial history. While the chapter as a manufacturing powerhouse is over, there are stirrings of new life: Two Birds, Australia’s first female-owned craft beer brewery; Civilex, a leading Melbourne-based civil construction company. Baristas are kept busy in new cafes along a shopping strip that’s as cute as ever. And really … who could pass up a hip bakery called Candied.

For details of MV’s Spotswood Industrial Heritage Walk and link to the download: www.museumsvictoria.com.au/apps/walk-through-history/

For more on the Pumping Station: www.museumsvictoria.com.au/website/scienceworks/discoverycentre/pumpingstation/