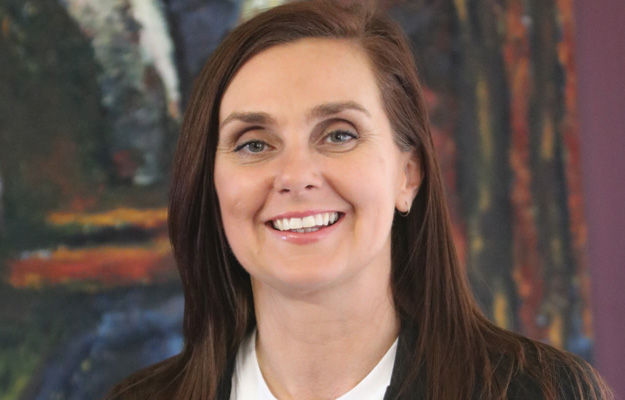 What’s your history with the west?

I was born in Williamstown hospital and grew up in Bunbury Street Footscray, and went to St Monica’s, which gave me a very good grounding – 100 students from 52 nationalities. From there I went to Chisolm College in Braybrook followed by Victoria University in St Albans where I studied Chinese Medicine.

My mum was German and came after the Second World War, and my Father (Cumming) was Scottish, his family came after the First World War and they were given a soldier’s settlement in the Mallee. My mother came over looking for her sister, and when they met he was a tram driver and she was a conductor, they had six children and I’m the youngest of six. Mum started her second hand furniture business by dragging rubbish off the tip in Footscray and selling it. Where Footscray market is now she rented that building out, then moved around and ended up settling on the corner of Geelong Road and Barkley Street – Markets Bazaar. Mum’s 85 now and still trying to sell second hand stuff!

How long have you been involved in politics?

Well my family home down in Bunbury Street was compulsorily acquired by the council when I was about 16, and that was my first involvement in politics. Virtually around the kitchen table, all the talk about council and what they were doing, try to get us to go. My mum was actually right at the time, they had planned to make a big development and to sell it off to developers and mum was right to say that to be compulsorily acquired it should be to build a hospital or road or something for community betterment. She felt like if they wanted to make money off her property then she could sell it to a developer herself. So to get rid of us they had to make The Footscray Land Act. So I always wonder if The Castle was based on my family story! Because it was the big fight and we won but in the end it was the Parliament that made the Act to move us on.

Growing up in Footscray I thought it was the best thing ever, on TV you had Franco Cozzo, Forges of Footscray, the Bulldogs and everyone seemed to have a story. But then when I was 18 and I started going out to clubs; St Kilda and the eastern suburbs, every time I said to someone “I’m from Footscray” I would get that “Oh…” which really irked me but it also opened up my eyes to see the difference – I could see
the neglect. So when Council elections came up I ran, got in, and 21 years later I’m still here.

Why are you running for Western Metropolitan Region?

There’s only so much you can do in Council. There are a lot of issues that we face that are State Government issues, and Council is only an arm of the State Government, they like to use us as a deflection of what they’re not doing. The way the Western suburbs has been neglected for so many leaves, there’s just so many things that need to be done at State level – jobs, infrastructure, our safety, homelessness – you name the issue, the State Government has a larger role in those problems. So I’m wanting to look after not just my little patch but the whole of the west because I’m very a proud Western suburbs girl.

What led you to join the Derryn Hinch Justice Party?

Opportunistically I was in Canberra at the Mayoral delegation and I bumped into him and I said if you’re thinking of running people at the next State election I’m interested in running and I’d like to talk to you about it. So we met up at the start of the year. We talked about every topic. It was very important to me as someone who’s been an independent for 21 years that our ethics, our visions, our morals aligned. On all the topics that you could imagine we had common ground. I spoke to Derryn because obviously the party is all about equality and looking after the venerable and making sure that victims of crime get justice and we have a sex register and the most vulnerable in our community are looked after. I told Derryn that the things that are important to me are why people get into the justice system – homelessness, mental health problems, the drug issue, the lack of employment. Derryn said he understood my independence was very important to me. He said that he would never tell me to tow a party line, that any topic I could approach, and my independence would still be there.

Do you feel that under a party so focussed on justice and sentencing you will have enough scope to make the local changes you want to see?

I’ve been given a mandate, there’s no issue with my independence, and making sure that the west is actually looked after. I spoke to him at length about social housing in the western suburbs, everything, you name it.

What are some specific outcomes you hope for that directly affect people in the western metro region?

The legal system isn’t a legal system, it’s a justice system, some of the things that need to be addressed are around the sense of safety and making people feel safe in the west. I think there’s a distinct decline in the way people feel safe. What’s changed things for me, I’ve been involved in council for a long time. I’ve been in front of big groups of people, angry people, about you name it – safe injecting rooms to Footscray pool. It’s changed, the way people act in big public meetings. I mean for my councillors to be attacked in a meeting, we’re only sitting around a table and for them to be physically attacked. Then you have the ice problem that has become really scary, and you get locals that turn around and say they would prefer people smoking dope or our old heroin problem compared to this ice epidemic because ice and alcohol consumption is really scary. When people are high on ice or really extremely drunk and violent. I think the figures on family violence are frightening. It’s one of things we all need – a roof over your head, you need that sense of safety, you need food.

Infrastructure is a big part of it – I don’t think I’ll ever not be in agreeance with building infrastructure because that creates jobs and jobs give people a sense of worth and a sense of purpose. Without people having to worry about money, most people are happier when they’ve got a job. There’s so much of the infrastructure in the west that is old, needs to be renewed – there’s so much job creation that can happen, you would believe that we would have everyone employed and happy if we did things right.

If you win, you would be replacing one of the current five Western Metropolitan Region members. If you had to pick one?

There’s 500,000 votes in it, to get a seat you need 70,000 to 90,000 votes. The fifth seat is Rachel Carling-Jenkins. She was from the DLP, then went to Cory Bernardi’s Australian Conservatives and I think she is now is running as an independent. She would be running as a Catholic Conservative, so I’m trying to get her seat. So the fifth seat is the one that’s up for grabs. I always say; “I’m not running against anyone, I’m just running.” People shouldn’t be running against people, just run their campaign. Tell people what
they’re wanting to do and people can vote for them on their merit. You don’t need to attack anyone else – its serves no purpose.

Will you be able to keep your role at Council?

I can stay in the role until the State election, but if successful yes I’ll need to leave council.

The State election is on 24th November – any last words?

I’m a centre politician I’ve always been very neutral. It took me 16 years to become mayor, until I got an independent council. And that’s because I stood true to my integrity as an independent. I refused to sell my soul. I’m pretty sure if Derryn wasn’t the right fit, I wouldn’t have joined his party. He is the right fit he’s a really nice man.

I’m looking forward to the challenge of running, and hopefully getting that last seat!