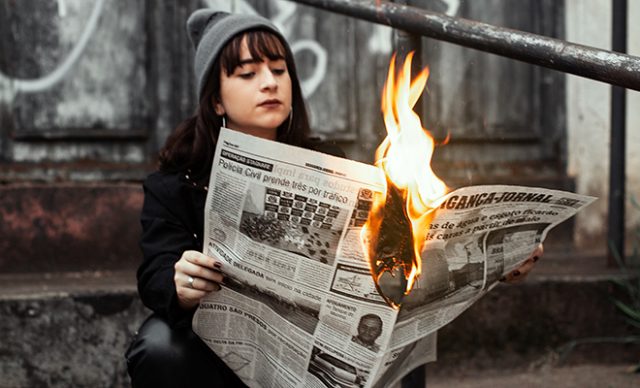 I read drinking gin and tonic is good for hay fever sufferers. Apparently, it has naturally low levels of histamines. I suspect the next sentence clarified it meant it was better for you than red wine or similar, not that it is actually a soother for hay fever. I don’t know though, I didn’t read on; I like a headline that fits in nicely with
my proclivities.

I’m sure it’s the same for others. You know, like, ‘Australia has always had bushfires and droughts,’ or, ‘Our contribution to greenhouse emissions is a tiny fraction of the global total’. Barely six months ago, ‘overabundant’ wildlife made headlines with variants of, ‘South Australia urged to begin culling koalas, fur seals and other native animals without delay’. Koala population, in certain areas, had increased to the point habitat was being destroyed and biodiversity threatened. Too many koalas in one place, not enough in others, with too little food source to sustain them.

Given the starring role koalas play in Australian tourism; the adorable, fluffy icon rolled out for a cuddle and photo op when someone of any fame steps onto our shores, it’s not a headline that plays to the global marketing narrative. Government sanctioned ‘harvesting’ of kangaroos, now temporarily suspended in Victoria, shooting ducks or unprotected wombats, has barely ruffled a heading. Habitat destruction, or urban encroachment, the overabundance of land clearing, and too few trees replanted? Depends where you position yourself under the headline.

Australian wildlife has new global headlines, ‘Millions of dollars pledged to help protect koalas’, ‘Devastating images of burned kangaroos and wallabies’, accompanied by gut wrenching photos of their tragic demise. It seems the media loves a burnt animal slide reel, particularly if it’s a native one. Not so much, the sheep, snakes or lizards.

Fire has savaged biodiversity, indiscriminately culled wildlife, animals used in agriculture, birds, companion animals, reptiles, frogs, insects and flora, leaving ecosystems in ruins. Calls to ensure the ‘pest’ koalas do not repopulate seems untimely, while those trying desperately to save these koalas beg for funds and help. There is little appetite for any hint this outcome is anything other than tragic.

In other areas, koala numbers are dire, vast sections of their habitat incinerated. What’s left to sustain the saved and repaired koalas, wallabies and kangaroos once they’re well enough to be released? It’s the stuff of nightmares. Meanwhile, in what feels like a parallel universe, headlines appear of ongoing logging in native forests, where the fires haven’t burnt and wildlife survives, ‘Calls for NSW to put a moratorium on native forests until impact from fires can be assessed.’

I have lived a life long enough to remember the devastation of several large, catastrophic bushfires. Attending a school camp in the Adelaide Hills, a few weeks following a big fire, gave a close up of the aftermath. Everything smelt acrid; covered in a grey wash of pale ash and blackened stumps. I’m not sure why we were there so soon after, stomping around in ash but I guess the fire wasn’t still burning weeks later. Maybe it was just the ‘70s and everyone was a little bit loose.

On a hot and windy day in February 1983, Ash Wednesday, I was working night duty in regional South Australia, and woke late afternoon to embers in the backyard. Following months of little rain, fires raged through Victoria and South Australia. In the early hours of the next morning, taking a few moments break from the harrowing shift, we stood on the balcony of the hospital, shocked to see the town encircled by the distant glow of flames. Late wind changes had whipped the fires in different directions. The days and weeks that followed were filled with stories of unimaginable horror, and ash. Ash was everywhere; on the floor of the hospital, in our clothes, on our cars but the fires were out.

Other fires, I have watched from a distance. All Australians have. We live in a country that has seen destructive bushfires wreak havoc and devastation in hours, not weeks. In 2019 it was reported in the year prior, ‘World heritage Queensland rainforest burned for 10 days and almost no one noticed.’ Fires didn’t burn in rain forests. Now they do, ‘Permanently wet forests burn for first time.’

In late August last year, winter, I did some hasty rearranging to our road trip route, not anticipating fires from earlier in the month would still be burning. In parts of NSW with the dry conditions, the start of the fire season had officially been brought forward to August 1. We fielded concerns from home of our location in relation to the ever increasing reports of fires, confirming we were making good choices and keeping well away from the affected areas. That is, until we made a hasty, forced exit from our holiday accommodation late one evening. An emergency evacuation warning went out a couple of kilometres away; a coastal suburb where we had shopped a few hours prior now had a raging inferno tearing through its streets. We went from bickering about Scrabble words to: enact your bushfire plan if you have one, prepare to leave from a fire that was out of control in the short time we had the TV off and phones pushed aside. Evacuation centres were already full.

Subdued, we wound our way back to Melbourne, adjusting stopovers on the hop. Inland was out, certain coastal spots were avoided and pervading smoke drifted across our view for days. I noted the roadside growth and exit routes before stopping for the night. We nominated a designated driver, even when staying in, located the emergency services online sites and filled up our car on arrival, not when leaving the following morning, as we had always done.

It felt crushing to picture the loss of land and animals and the ever omnipresent haze weighed heavily on our minds, chests and eyes; something in us had shifted. I can only imagine how it feels after months. This was early September. Our story is small.

As the world watches Australia burn, we are increasingly shocked, disheartened, frightened and overwhelmingly sad. Our hearts are broken at the losses and the future faced by so many displaced Australians and the decimated swathes of land and animal populations. While adjusting to the stark realisation we have found ourselves thrust into a world that looks nothing like we have known, a new headline has arisen from the ashes, ‘Australia will not only meet but beat its emission reduction targets.’ How do they still not know, we are wearied by slogan speak?

Out of all this has come the inherent goodness in people. The generosity to rally, from all corners of the nation and globally, has shown kindnesses that we may have forgotten existed, buried in the hate and fake news. We want to do something, anything, to help the people and animals impacted by these fires. Many who have little have offered in abundance; finding ways they can reach out a hand when their own lives are less than plentiful. Communities have come together to support their neighbours. Wildlife carers, who have been quietly going about their business for years, are pushed into the limelight; to continue their feats of courage and strength they need funding.

We have dug deep. So deep, in fact, that calls went out to stop being so annoyingly generous; the food, clothes and knitted koala mittens were more than was required in that moment. A shout out that not so long ago, may have seemed, unprecedented. ‘Unprecedented’; the headline that has slithered its way into everyday vernacular exuding a faint whiff of bipartisan complicity: make allowances for ‘slip ups’, especially those at the highest level, while we all negotiate a new and thoroughly unforeseen series of events, never before experienced. Were they though? Unforeseen? Or were those who were relied on to act, simply not listening? Depends, which of the now deafening headlines causes you the least foreboding, or quietens the uncomfortable hum of culpability.

With a foot in both South Australia and Victoria, I’ve tried, like a person possessed, to make it better somehow, for the animals and the people but it doesn’t work, there’s too much damage. My eyes still itch and run and a tedious cough continues to lurk month’s later; hay fever has merged the seasons. I bought more gin, from a bushfire affected region. Turns out, it does help.

COCKTAIL OF THE MONTH – BRAMBLE

AUSTRALIA’S TASTE OF THE APOCALYPSE MUST HAVE PURPOSE