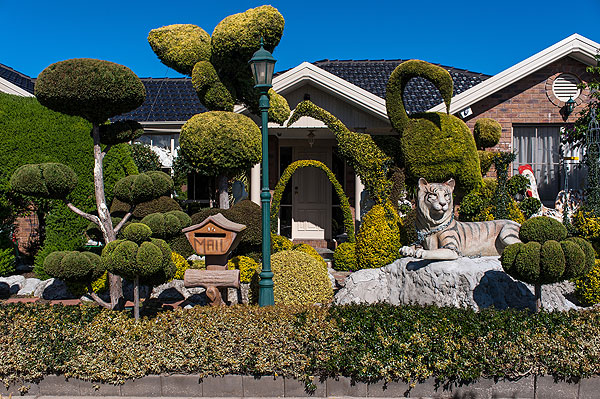 The west is changing.  So much so that self-titled ‘Westographer’ Warren Kirk is surprised that anyone finds his work “recognisably western suburbs”.

While the entire population of the west may not be paying attention, the industrial buildings, old shop fronts and quirky front yards with perfect topiary kangaroos are as much a part of our landscape as the ‘symbols of the west’ we all immediately recognise; the Sun Theatre, Whitten Oval or Williamstown Beach.

As gentrification takes hold, the true personality of the west that drew many of us here is eroding at an ever-quickening pace.

Warren’s specialty seems to be in making time stand still.  In the world of “Westography”, small businesses are still family run and have been for generations, barbershops are still open, Milk Bars are still selling one cent mixed lollies and mint-choc drumsticks the size of your fist, and sharks still sit proudly atop fish n’ chip shops. 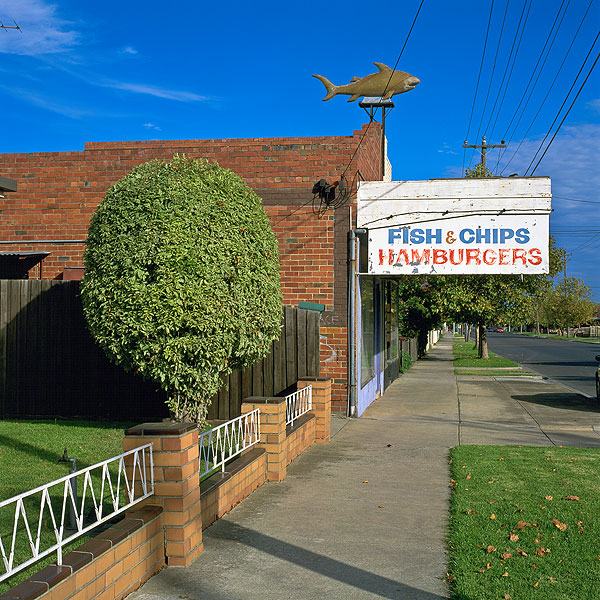 And many of us would recognise these characteristics as being “recognisably western suburbs”.

But, according to Warren: “progress is just an ongoing ravenous beast”.  Time is running out on this era and if you ask Warren what he thinks about what’s going on in the west at the moment, his answer is nothing if not succinct…

“In 20 years time these suburbs will be unrecognisable from what was charming about them once.  It’ll just be fucking townhouses.  Wall to wall townhouse … It’s appalling”.

“Yarraville was the first to change… It was only really two or three years ago that (Seddon) started changing”.

“It’s the loss of diversity that really kills me”.

Warren’s passion to document this disappearing landscape has spanned an impressive three decades of photography, amassing nearly 50,000 images of “the beauty of the mundane”, classic Australiana with “its foot well in the past by about 30 or 40 years”.

“I suddenly got really interested in documenting what was disappearing back in the early 90s”.

But Warren doesn’t consider himself a professional photographer, or even particularly unique: “I’m not doing anything clever.  I’m just putting a frame around something… I just think that people are surprised by the beauty of the mundane, but it’s so recognisable to them”.

Speaking of recognisable, when asked about the tragic loss of the Olympic Donuts Caravan, Warren unsurprisingly has a brilliant solution.

“I’ve had a brilliant idea!  They should get an artist to paint his old caravan on either side (of the new building). Wouldn’t that look incredible?”

The Westographer is not particularly excited about selling himself or exhibiting his work.  When asked about rumours of a book deal or upcoming solo exhibitions he quickly responds with “I’m more concerned about finding images.  Every day, going out hunting for stuff”.

And every day is no exaggeration, while he admits that the hours he puts in depend on mood to some extent, unless it’s too hot for his trusty sidekick “Ocky”, he’ll be on the road, in his van, searching out some long forgotten signage or kitschy caravan.

“I’ve got a dog, he goes with me everywhere…  he’s only got one eye because he attacked a cat.  He came from the lost dog’s home with this very distinguishing feature.  He came with a scar around his muzzle.  Someone’s obviously wired up his muzzle.  So I call him Ocky, for ocky-strap. He’s got pretty good eyesight for one eye”. 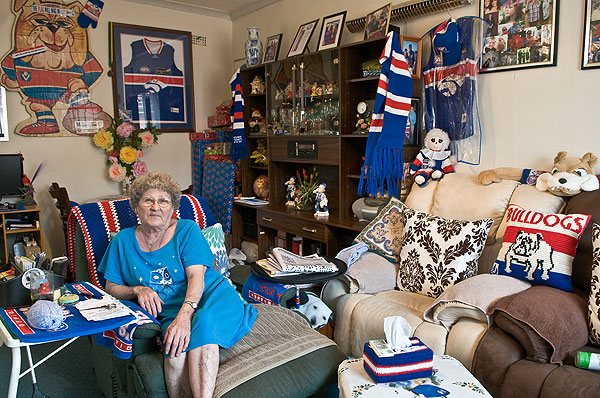 “I’m starting to feel a bit stale with the external … I want to see all the shite (people) have around them … that’s part of them”.

“I’m not saying this is a true representation of the western suburbs.  It’s just a part of it”.

“Human obsession, that’s what I’m interested in.  What people surround themselves with”.

While Warren has no plans to exhibit, or release a book in the near future, The State Library of Victoria has committed to buying 15 photos per year from his western suburbs collection.   While the topiary kangaroos and concrete swans may be disappearing “gradually – or not so gradually”, Westography will live on. 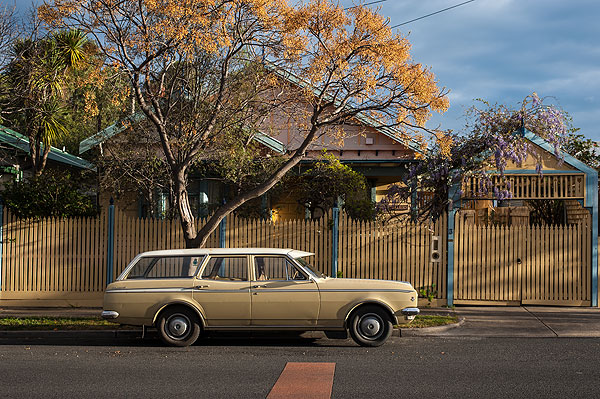