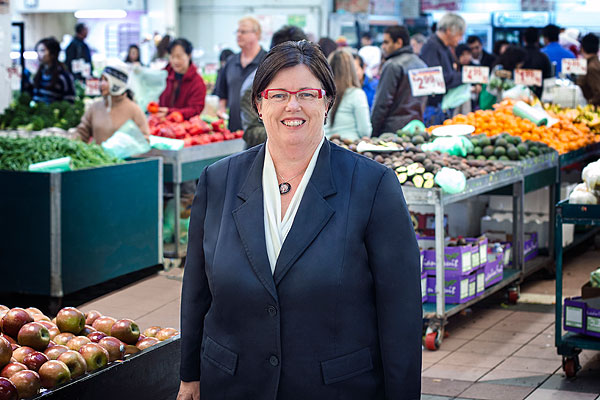 The Sunshine Work for the Dole program recently hosted Green’s Senator Colleen Hartland, who gave her time to meet some of the participants and discuss the State election. The Westsider was in attendance as some tough questions were asked…

Q: In the current two party system, where does the long term hope come from for people of the western suburbs?

Colleen: Balance of power for the Greens. I have lived in the west for 30 years and I’ve seen the way that we get treated in terms of there are no marginal seats so we don’t get what marginal seats get. A good example of this at the moment is Western health – we need to rebuild the emergency unit at Footscray Hospital. It’s pretty derelict. All these other Hospitals in the Eastern suburbs have been promised big money but Footscray and Sunshine, they both need massive amounts of work and are not getting the money. I really can see the things that we don’t get in comparison to other places.

Q If that allows you to pick off the ‘big’ issues as they come up, where does that leave the west in regards to the general spread of smaller issues?

Colleen: That’s up to local office when you’re talking about parks and those kinds of things but it’s making sure that those local Governments actually get the funding they need to do that work. Education’s the same – if you live in a marginal seat your chances of getting a new school are much better than if you lived somewhere where the seats are not marginal.

Q: How did you come to align yourself with the Greens as opposed to Liberal or Labor parties?

Colleen: I come from a household where my parents were both active in the Labor party – they were both shop stewards – so I’m not the right fit for the Greens but in fact I joined during Tampa – the Norwegian merchant ship that picked up about 300 people from a boat that sank, coming from Afghanistan. It was the 2002 federal election and when John Howard said “We will decide who comes to this country” and the Labor Party said “yeah that’s fine we agree with that too”, for me that was the final straw. So I’ve got a really strong background of activism and being involved in a whole lot of community campaigns but that’s when I joined the Greens – huge numbers of people joined the Greens from the Labor Party at that election.

Q: How does the Greens Party balance policy between the needs of the local community and the broader issues that affect Australia as a whole?

Colleen: Oh it’s very complicated because we have a membership based policy process and which doesn’t always work I have to be quite honest. So you’ve got competing issues between what the membership wants, what the MPs want and what the MPs know is practical, so you’ve got to balance all of that up.

Q: There’s been a lot of discussion over the last year about governments breaking pre-election promises. How can politicians be held accountable for promises made during their campaign?

Colleen: At the next election basically – I think this current Government has broken a huge number of promises and then also committed to things that they never told all of us about. I think politicians have to have a responsibility to, if you’re going to say “I’m going to do this”, I have to stick to that. It is one of the reasons why politicians should never say “Never ever, ever, will this happen when I’m the Prime Minister or Premier” because it may have to happen. And you cannot absolutely say you know; carbon tax is a classic example that Gillard promised would never happen but then she had to form a coalition with the Greens and so it did happen. So you never, ever rule completely in or out.

Q: The idea was put forward that election promises could be categorised into a 1-2-3 system, where for example the breaking of a category 1 promise can lead to a double dissolution or dismissal of government. Could this work?

Colleen: I don’t think it could technically because you would have to write it into the constitution. That would be the process and then if it was in the constitution you would never have a politician giving you a number 1 category promise again.

Q: How does the Greens Party differ from other major Australian political parties in relation to funding transparency?

Colleen: Funding and transparency are incredibly important, East-West link I think is a really good example of a lack of transparency that we, you know the government is going to commit to $18 billion on a project that we haven’t seen the business case for, it didn’t go to the last election. If it is such a fantastic project take it to this election, don’t sign the contracts a few weeks before caretaker mode. I think transparency around donations is incredibly important.

Q: As a concerned citizen who comes from a similar background to some of Australia’s most neglected, do you feel that politics is the best way in which you can make change to the lives of these people?

Colleen: It is now – I mean I come from you know, like I said a very working class, not highly educated community. I’ve been an activist, but what I can do now for my community is a lot more than I could as an activist. One of the things that I can do is throw open my office for those other activists. They’ve got my photocopier, they’ve got my staff time, I can actually help them set up in campaign groups. I don’t control those groups but I help them set up. So I can almost be a facilitator for a whole lot of other activities. So we run our office like an actual community development project. So we take those principles of “I can help you to help yourself”.

Q: Australians are considered friendly and down-to-earth people. Do Australians have enough respect for each other and the people of the world?

Colleen: I live in Footscray so it’s pretty good there. I think it depends on where you live. The attitudes can be very different. I’ve lived here a long time, there has always been an acceptance. I wouldn’t call it tolerance, but I would call it an acceptance of people, you know people come from all over and it is actually what makes this area quite unique and nice is because it is never boring. I think that most of Australians are reasonable; there is always a small segment.

Q: The media manipulate the attitudes of the masses with regards to big picture national and global issues. What methods do the Greens use to try and make a difference in this environment?

Colleen: Social media, creating our own media. We are never going to get the good stories out of mainstream media. For every reasonable article we get in The Age we get 5 really bad ones in the Herald-Sun and it is the same with television news as well.

Q; Do you do a lot of second guessing of your own activities to ensure that idealistic groups and people would see you as following your core values as a Green?

Colleen: You do. I can never be seen with a plastic bag in public, I have to take public transport for about 50% of all my journeys, you know, all of those kinds of things. I have a huge admiration for people who had been in the forest and pines, but I don’t come from that deep Greens tradition. I am more of a brown Green I think we call ourselves. We colour code everything in the Greens. I am a watermelon – Green on the outside and red in the middle. We like to have our jokes!

Colleen: The previous Labor government in comparison to the Liberal government it is really quite stark. The current government is about privilege and it is about serving people with privilege, whereas the Labor party, I think they have lost their way on a lot of issues, they still have an understanding that you have to provide services for people who were disadvantaged in some way in their life. Whereas this current government doesn’t see that need at all. No they just seem to have a disregard for community completely.

Q: Being a member of the Greens, do you feel that you are able to be closer to the community than if you stayed with Labor?

Colleen: Totally. I have a lot more autonomy and I have a lot more freedom to actually do that work in the community. I’m also able to respond and it is probably why we have a good relationship with the local media. It’s that they know that they can ring me today and I can ring them in an hour’s time and say this, this and this, I don’t have to check it through 6 different committees.

Footnote: Colleen retained her seat in the Senate at the November 29th state election. 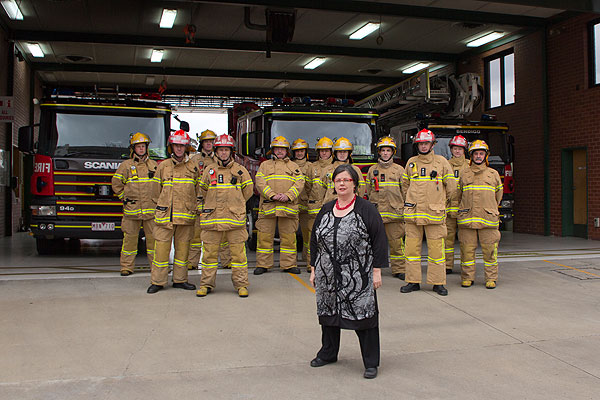