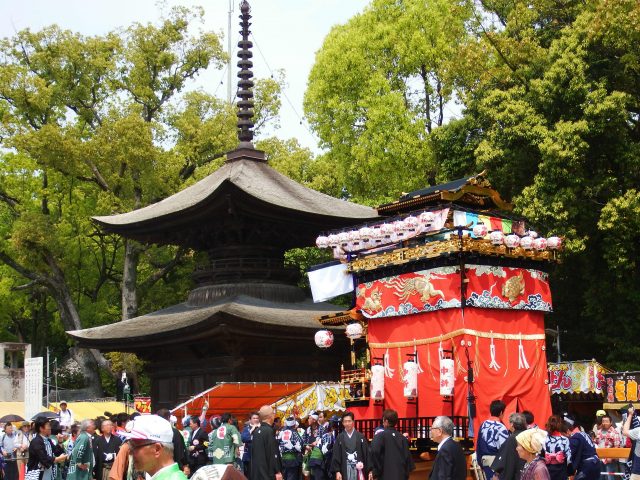 The City of Hobsons Bay and The city of Wyndham have strong multicultural roots and residents from all around the world. Some people may not know this, but both Hobson bay and Wyndham have sister cities from japan. These cities are known as Anjo and Chiryu and they have a very different culture from our own.

Anjo and Chiryu are both cities located in the area know as the Aichi prefecture , the capital of which is called Nagoya.

The city of Anjo

The city of Anjo is located 30 kilometres from the Aichi’s capital of Nagoya. It’s also located next to the city of Toyota and is the home of the very successful power tool company Makita. Anjo is said to have been occupied since prehistoric times. Archaeologists have found remains from the Japanese Paleolithic period. Anjo was also the home to many samurai clans throughout different periods in history, Most notably the Matsudaira clan.

Modern day Anjo has many attractions including Horiuchi Park, with play grounds open between 9 am and 4:30 pm with free entry, Honshoji Temple, with history that dates back to the Kamakura period and The Anjo Tanabata Festival, holding many attractions, parades and performances. It is considered on of the three major festivals of japan.

The city of Anjo and Hobsons bay formed a sister city agreement in october 1988 and often share local art work between each other as well as hosting school students from each city.

Chiryu was founded in 1970 on december the first, so it is a relatively new city unlike Anjo and is the third smallest city in its region. Chiryu is famous for a special kind of iris known as the “Rabbit ear iris”. One of the main attractions is the row of pine trees along the Tokaido, Chiryu became a popular rest area on the Tokaido, with over 170 pine trees, spanning over just 500 metres and is the 39th station out of 53 on the Tokaido. Another attraction is the Bunraku float puppet theater. Chiryu is the only place in Japan where you can see Joruri puppet theater Bunraku performed on parade floats.

Chiryu is well known for its festivals and temples celebrating and commemorating ancient Japanese beliefs and customs From The Chinese juniper at manpuki-ji temple that is said to be over 500 years old to the Akiba festival that is held at the Akiba shrine every September, where during the day young people lift the treasure box onto their shoulders and walk around the city while singing a traditional song. Then during the evening the box is walked back to Chiryu shrine and a fireworks display is held afterwards for the spectators.

The  City of Wyndham and the city of Chiryu signed a sister city agreement in 2000 to promote cultural education and business opportunities between the two cities.

The cities of Hobsons bay and Wyndham will continue sharing their culture and traditions with Anjo and Chiryu and learn about the country of Japan and its traditions and customs as well as share business ideas and ventures.