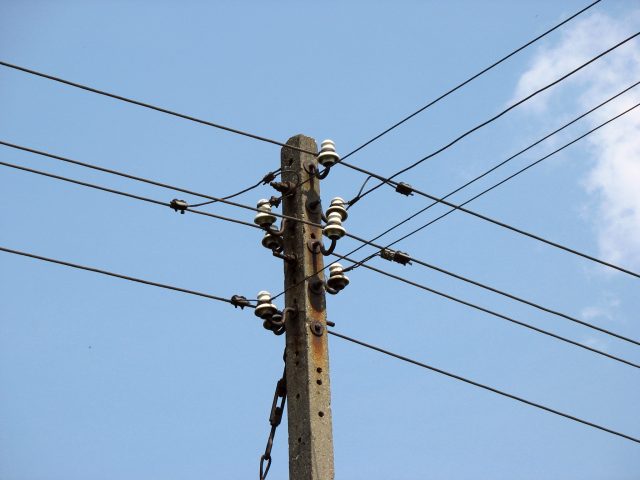 Electricity, a necessity we all need but how secure is it really? With the recent rise of wild weather, power lines (utility poles) are in the direct firing line – taking a beating – with the end result being power outages.

So, how is it that electricity can be protected from such outages? Well, one solution to this is placing the power lines underground. Outages and damages to power lines are less likely to occur when natural disaster or severe weather strikes since the cables will be underground. While Victoria does not experience much in the way of natural disasters, we still get the occasional high winds, wild thunderstorms, hail, earthquakes and frequent bushfires when the season hits. Bushfires in Victoria are gradually intensifying over the years, with one reason that could spark a fire being old, or poorly maintained power lines coming into contact with or being too close to trees. Hence, having the cables underground would negate this problem entirely.

Large poles might also be considered visual pollution, as they are very unattractive. Additionally, it is dangerous and destructive when they fall over, especially those in front of buildings. This could be due to forceful impacts such as car or truck crashes, fires, dangerous weather and pole wood-rot. A majority of the power lines are made of wood which arguably is not an environmentally friendly idea today as it was back when they were installed. This is especially the case when you need a massive cut of wood to satisfy the requirements of power lines.

Other problems that underground electricity would solve are; illegal connection to lines, being a hazard to wildlife, and theft of the earth conductors (copper). Copper theft is in fact a major problem in Australia as it is a lucrative business. With power poles located all over the country and some in remote places, it is no wonder that criminals are hard to track. This is most evident when you consider that train operations have been stopped numerous times due to this, which is a massive pain for those trying to get to work on time.

With this combination of factors, who wouldn’t want to be in the underground power business, as it is a goldmine ready to be tapped.

Another major area that could benefit from this scheme is trams. We have all seen trams with their labyrinth of overhead electricity lines. Sometimes it is hard to imagine how firemen can operate if a fire started in the area with all the live overhead wires in the way, especially if they need to get to level one properties or higher.

So imagine having it all underground. No more congested air space. They could do something with this airspace that you could not have done before, and, it makes the city more attractive with just the natural charm of the surrounding buildings to showcase.

With such compelling reasons, one would ask; “why is electricity not being put underground?” Well, it all boils down to one simple reason – cost. This is mainly due to having to build the infrastructure underground, which costs far more than staking a wooden pole into the ground. It has also been suggested that operational costs would be more expensive. This is mainly due to maintenance taking longer, which would mean that outages would take longer to fix. This would also be likely to drive electricity prices up. With current electricity prices enough to drive middle incomes earners to poverty, this is extremely undesirable.

Overall, the advantages to the scheme are numerous but with challenging downsides – but I think it will be a very long time before we will see all electricity cables underground. However, the plan of action should be to get most of the danger-prone areas converted to underground while the discussion of other areas continues.