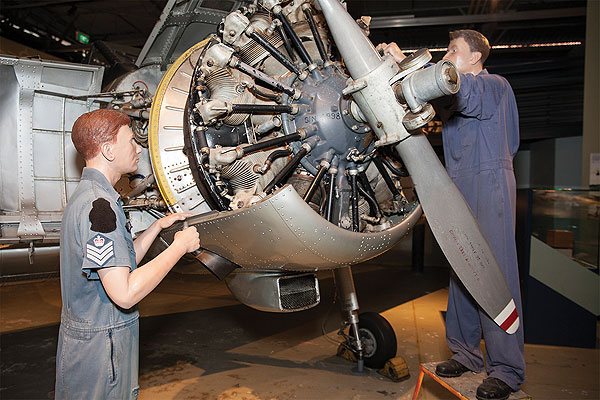 “Take as many photos as you like inside the museum; outside the hangers you can only take photographs when facing towards the bay,” we were informed by the RAAF (Royal Australian Air Force) Museum coordinator. Another reminder that the base is still operative, we had just passed through the manned gates and provided licence details and intentions for our visit. Favourably, the “live” status of the base actually adds to the thrill of a RAAF Museum tour.

The first military base in Australia and home of the Royal Australian Air Force, the Point Cook institution has been flying since 1913. That is over a century of aviation history only 27 kilometres west of Melbourne. The buildings are the oldest and most complex system of military structures in the country. But as visitors are advised: no photographs of the buildings. But you can see them with your own bare eyes.

However, you can snap away on your camera like a planespotter in a tailspin once inside the museum. The hangers are massive and the collection of aircraft diverse and full scale. Genuine machines of the sky, most have seen active service and been flown by members of the RAAF, while others painstaking recreated piece-by-piece. Our group travelled by way of inquisitive propulsion from aircraft to aircraft, hanger to hanger. There was even the odd sonic boom. 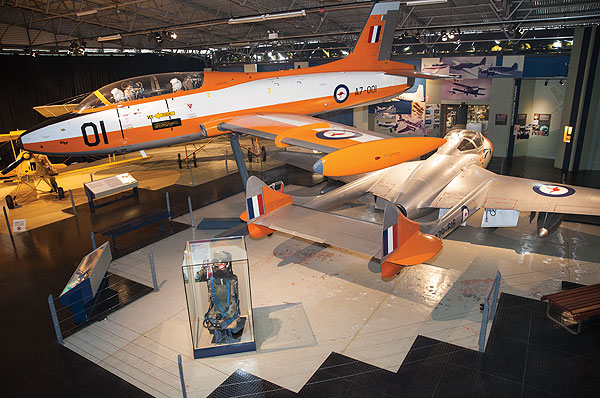 On display are Australia’s earliest aircraft, the fighter planes of the two great wars, right up to today’s supersonic jets; and don’t forget the helicopters.  A careful mandate of restoration, preservation and conservation of Australia’s military aircraft history enhances each aircraft presented. Included are artefacts belonging to servicepeople and related memorabilia, enhancing the stories of the particular time with personable — and relatable — touches.

The wartime historical events that in part shaped the identity of Australians during the twentieth century provide visitors with an insight not only to the heroics of those who served, but also the adversity they encountered. Lifelike silicone mannequins dressed in original garments and placed in settings appropriate to the period, demonstrate a tangible surviving record. The mannequins are so lifelike, our group was reasonably convinced that they wake up at night and shake their silicone bones.

The RAAF Museum has been open to the public since 1952 and it is free. Free. Free as a bird. With missiles and a short haircut. Check the website for opening times: www.airforce.gov.au/raafmuseum

‘CONNECTED’ FOR A PILGRIMAGE TO STEAMPUNK SPOTSWOOD

NEXT STOP – THE RAILWAY MUSEUM