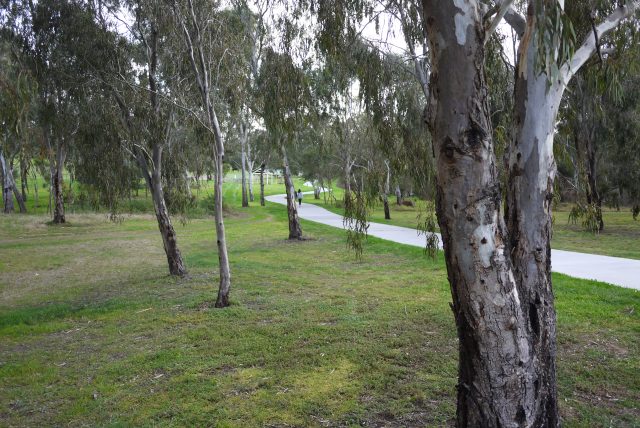 The Maribyrnong City Council has initiated a half million dollar upgrade to the popular Pipemaker’s Park.

“We have bulldozed one of the toilets, removed the undergrowth to improve what you call sight lines so you can now see 100 to 200 metres away,” he said.

Cr McDonald said that tenants concerns about the park being commercialised were unfounded.

“Personally, I cannot see a commercial tenant down there and my feeling is, I like the idea of it becoming a public space. I can’t imagine a ‘Subway’ or a ‘Gloria Jean’s Coffee’ down there. I hope not. I could see food trucks like what they have at Yarraville Gardens.”

The park tenants, the ‘Living Museum of the West’, a community museum documenting and preserving the region’s history, and the ‘Cycle Saloon’, a bicycle maintenance cooperative, both said they were happy with the works.

The head of the Living Museum management committee Bill Gillies said: “The city council has been very good to us, discussing all the things that arise. It is more an issue of making sure all the issues are thought through. We cannot complain about what they have been doing.”

“We are interested to see what will next happen from the Maribyrnong City Council and we are in the process of finding out what they intend to do and if they wish us to remain in the park. We are negotiating and working on the lease and hope that it will be satisfactory for all concerned.”

Glen Mason from the Cycle Saloon said although he was pleased the council decided to improve the park he still had some concerns.

“So far they seem to have avoided some of the bigger problems like maintaining the bluestone buildings and fixing a dangerous section of the cycle/foot path which glances Van Ness Avenue just North of the park.”

But Cr McDonald said the improvements to the historical bluestone buildings will most likely happen next year. He said it will be a costly process since the buildings will need to be stabilised and made fit for purpose.

“I probably can’t put a figure out, it is going through a confidential process, but we would like as much as we can get with respect to all the other projects,” he said.

“I think this is a really important riverfront and you can’t build something like this, you can’t create it on a vacant block of land, it’s there and it needs to be turned into something.”