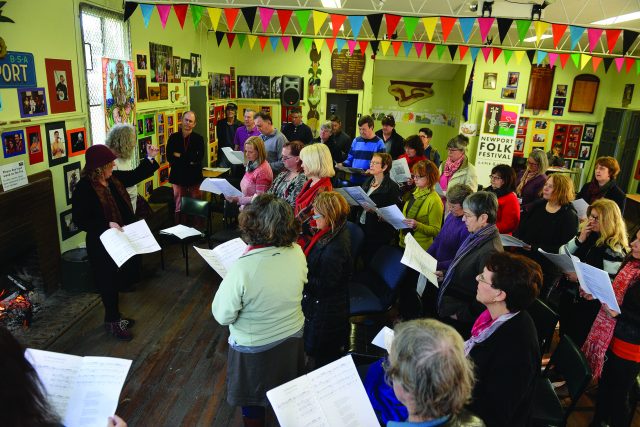 The Newport Fiddle & Folk Club can trace its humble grassroots beginnings around founder & director Michael Stewart’s kitchen table. They were just a handful of music loving locals who felt the need to play & share their music.

11 years on & the not for profit run NFFC have over 150 members, a team of committed volunteers (still including Michael & some of his kitchen table mates!) who run 2 committees & many events, have many regular club nights on offer to anyone who cares to turn up & have just put on their 8th successive year of the annual Newport Folk Festival.

The purpose & philosophy of the club is to provide opportunities for amateur & experienced musicians, singers & music lovers – both young & old – to share their music within a like-minded community. NFFC provides a supportive environment where music lovers may make use of many opportunities to play, listen or perform, such as a monthly club & join in night, open stage night, blues night & Celtic Craic night to name a few.

The club has expanded over the years to also boast many groups under its nurturing wing, like the Newport Bush Orchestra, Newport Strings (classical ensemble), Strings West (a children’s & youth string ensemble & choir school) & the Newport Community Choir. There are so many ways to be involved, quite literally for all ages, musical interests & skill levels – you don’t even have to be from Newport!

NFFC stands by its Newport Festival  motto ‘Come & Play’ & has an open door policy to all who seek to open their hearts & allow music into their lives. 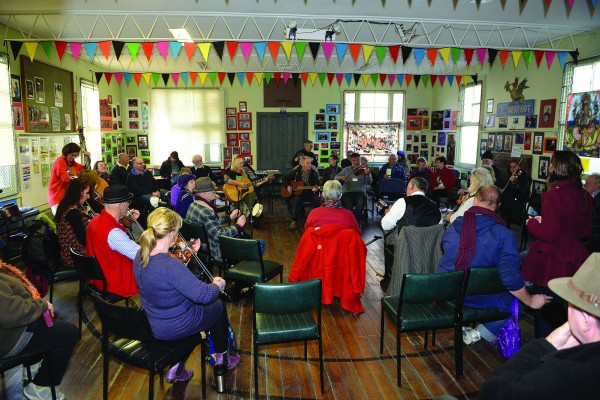