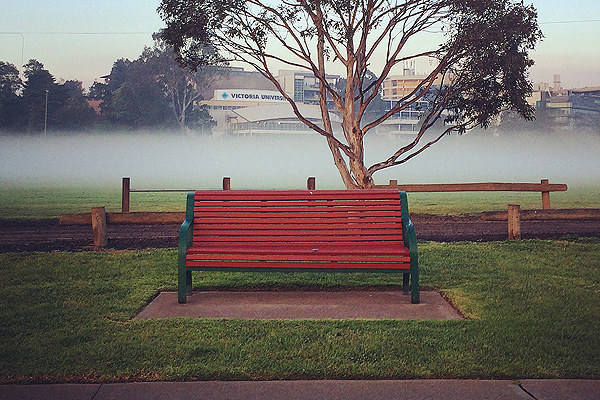 Park benches attract little attention unless someone needs to sit on one.

I moved to Melbourne in 2003 and have always lived in the western suburbs: Kensington, Williamstown, Yarraville, Deer Park and most recently Maidstone.

In June 2013, I decided it was time for a lifestyle change. At 36 Years of age, I needed to look after my health, quit smoking and stop drinking energy drinks and coke. In getting rid of these habits I thought it prudent to replace them with good habits, namely exercising and eating well.

Bike riding seemed a good way to start, but not having ridden or owned a bike since childhood; I borrowed a friend’s bike and on weekends started pedalling along the Maribyrnong River bike trail. 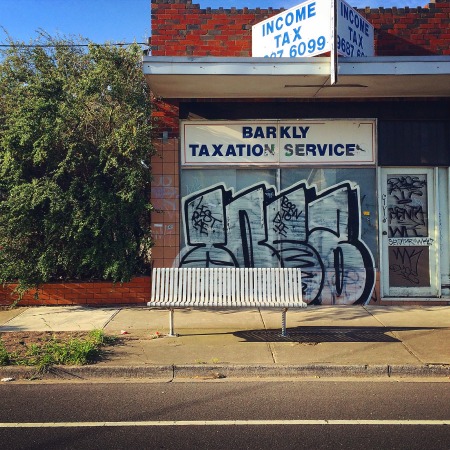 Shortly after I started, I rode past a park bench alongside the Maribyrnong River in the Steele Creek Reserve. This park bench was so well hidden that I wondered whether anyone had ever sat on it, so I took a photo. I pedalled off and within 20 metres found another park bench with no one seated – a further photo opportunity.

As I started investigating more of the many and varied bike trails within the western suburbs, through Footscray, Braybrook, Sunshine, Altona, Brimbank Park, Williamstown and the Western Ring Road trail, I took photos of all the park benches I came across. They are surprisingly plentiful, varied and all offer unique backdrops.

An unexpected discovery through this adventure has been the amazing number of birds that make their home in various parts of the western suburbs – pelicans at Cherry Lake in Altona, multiple families of swans in Edgewater and cormorants that fish in the Maribyrnong. 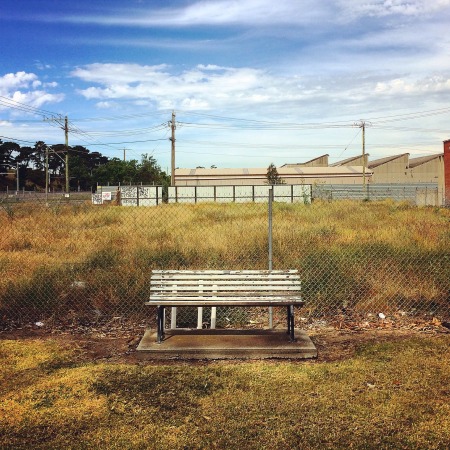 I started an Instagram page dedicated to my park bench photos; Instagram: park_benches. Within 10 weeks more than 110 park benches were uploaded and over 1000 people from around the world now follow. Each park bench has been geotagged and the area covered on the map is quickly expanding. This map has now become a growing reminder of the areas I traverse on my bike as a result of my fitness kick.

These images give the viewer an opportunity to imagine themselves in each photograph. Feedback indicates people find these photos calming and evocative while also offering a unique perspective on areas of the ‘west’ that are familiar.

I plan to continue with this project and have started work on a book detailing my adventures. My goal is to photograph park benches all around the world. 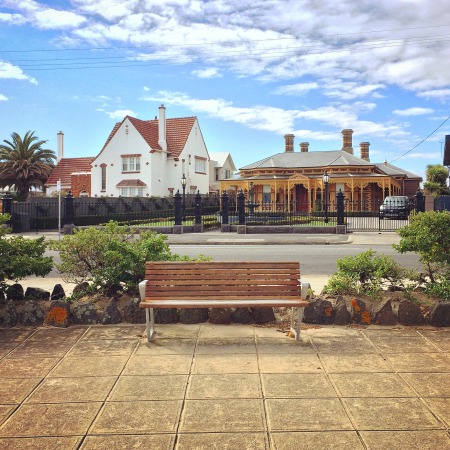