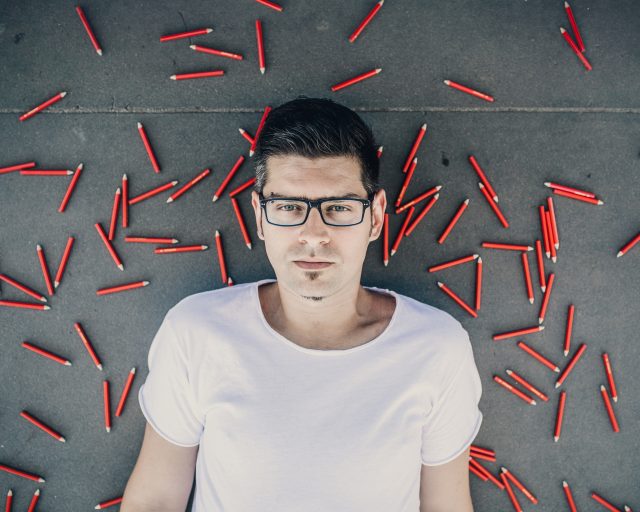 Lauded as Australia’s answer to the internationally acclaimed SXSW – America’s music, film and interactive industry festival – the 2015 Pause Fest is delivering a blockbuster line-up of speakers and exhibitors from across the globe this February to create the largest digital culture festival the country has ever seen.

A journey five years in the making, Pause Fest’s founder George Hedon and his talented team – consisting of advertising-come-documentarist Murray Galbraith and former concert pianist now event producer Tim Bright – are the drivers behind the event, working round the clock while still pursuing their day jobs in order to make this powerful digital festival come to life.

Managing his career as a art director at an advertising agency against the needs of a thriving week-long festival, George said the years of adrenaline-fuelled hours and long nights are all worth it.

Approached in 2010 to collaborate on something out of the ordinary, George said the idea started as an interactive exhibition event spurred by a love for digital culture.

Pause Fest first debuted in 2010 with just a smattering of exhibitors and speakers held over three days, however news soon spread amongst Australia’s digital and creative cultures and this year the festival aims to draw 10,000 people over a week-long event.

“Pause Fest is a catalyst for change; it sparks innovation in the way individuals, not for profits, start-ups and multinationals interact.

“While we have over 100 speakers and exhibitors presenting at Pause Fest in February the festival is still very much in its infancy, and with only a shoe-string budget to play with the three of us are doing the work of ten to deliver the biggest and best event schedule to date,” George said.

Also managing the festival, Murray Galbraith said he never imagined his career as one of the country’s most awarded marketers and advertisers, and now documentarist, would lead him to managing Australia’s forefront digital festival.

“Digital culture intersects with much of the average person’s daily experiences that we feel responsible to ensure the festival showcases elements from almost every walk of life.

“We have painstakingly hand-picked all our presenters and exhibits to deliver a versatile program that brims with innovation. From talks by Aussie expats and international broadcasters who are leading the digital realm with viral content, to live crowd-sourcing that tackles some of our community’s biggest challenges Pause Fest has it all,” Murray said.

With the addition of Tim Bright, one of Melbourne’s most notable digital creatives and artists in his own right, the festival is expected to draw thousands to Melbourne for the week-long festivities from Monday, February 9-15.

Now in its fifth year, Pause Fest brings professionals together from advertising, design, animation, not-for-profit, commerce, web and post-production, as well as related business networks like incubators and start-up communities, to explore digital culture and nurture collaboration and education.

With tickets selling from just $99, for more information on the Pause Fest line-up or to book your exclusive spot, head to www.pause.melbourne

For more information, or to arrange an interview with George, Murray or Tim please contact Laura Keogh-Brown on 03 9078 5109 or laura@papermillmedia.com.au