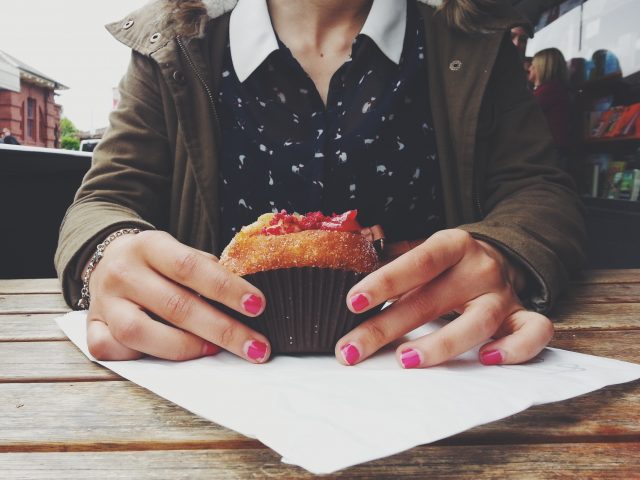 As a food destination, the West has a bit of a bad reputation. Ask other Melbournians about the dominant cuisine of the land beyond the Maribyrnong and answers invariably include a bountiful list of fast food. What these people don’t know is that there is one dish in which the West is best: the humble donut.

A veritable yellow brick road of fried doughy deliciousness, the suburbs of Spotswood, Yarraville and Footscray have been taking the donut and injecting their own flavour into this sweet delight. But in the words of seminal Japanese television show Iron Chef, whose cuisine reigns supreme? Tasked with this food journey, The Westsider undertook a descent into early diabetes and an almost certain food coma in the name of good reporting.

This Aussie take on American baked goods opened in 2012 and has been serving up pastries to the locals of Spotswood and lost souls wandering in after a visit to Scienceworks. Since then, the popularity of their signature donuts has made this a foodie spot worth the pilgrimage.

The classic Jam donut is a popular mainstay, but one cannot overlook the Zuppa Inglese donut filled with decadent vanilla custard that peeks out from the sugar-laden crust. Whilst the dough is fried blonder than other donuts, the result is a light and airy bite that is generous with your filling of choice. This donut’s high filling-to-dough ratio makes every messy bite an exercise in agility in order to avoid a custard covered shirt.  A great way to kick off a cheat day or week.

British pastry chef Matt Forbes has created a cult following of sugar-addicted junkies around Melbourne, all after another hit of his brilliant desserts. Supplying some of the best cafes in Melbourne (Clement Coffee, Twenty & Six Espresso), Forbes chose Yarraville as the home of his café and bakery that opened in 2013. His specialty donuts combine creativity and an understanding of flavour combinations that justifies the hype.

Fried to golden perfection, these donuts elevate the regular flavours we love to new heights. Flavour options on any given day can include Peanut Butter and Jam, Salted Caramel and Raspberry, Lychee and Rose Custard. The result is fluffy, sugary mouthfuls that pop with bright and balanced flavours. Crazily good stuff.

This donut needs no introduction. An institution of Footscray for over 35 years, this tiny shop continues to churn out the best donuts in Melbourne despite the construction of the new Footscray station around it.

The old van may be gone but the orbs of fried dough remain, straight from the fryer and into your hands via a quick detour to the dolphin jam dispenser that has survived the renovation. Biting into the hot, crispy exterior results in an explosion of jam and happiness. Simple but oh-so-good, this place has made train delays bearable.

Rating: 5 out of 5 insulin shots