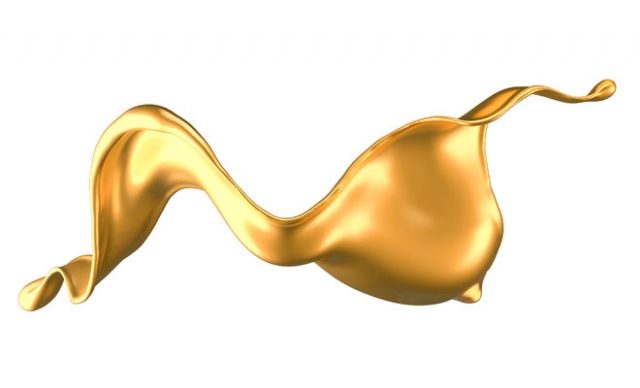 At a recent party, a friend told me she manages boring meetings by anticipating the nugget of gold that will make all worthwhile. This is a great life tip and also a reflection of the unexpected golden moments following my breast cancer diagnosis.

I called my growth President Lump. It was my international responsibility to stop him from spreading. After the first chemo session, President Lump seemed to have disappeared, but he could have just declared bankruptcy and pop back up again any moment. Or he could install a family member in a position of unearned authority. It was going to be a long game to weed out all his manic influence. I was expecting a tough fight.

The steroids given to help manage chemotherapy gave me constipation. The first time around, I experienced a ‘eureka’ sized nugget that refused to leave the building. Every day, I took more laxatives without result. Out for a lovely tourist moment at Cape Schanck, my body told me ‘no more’. In excruciating pain, I staggered into the public toilets where I locked myself in a cubicle and passed out for a short while. I came to, lying on the floor and drenched in sweat, my hair clogged with sand. There were two pairs of small, impeccably clean shoes outside the door, one with sparkly red hearts, accompanied by the sound of urgent Japanese whispers. I felt like a dirty Alice fallen down a rabbit hole.

Not long after that the hair went. The day I showered and stepped out looking like a yeti, was the day I decided to get a buzz cut. After brushing all the hair off my shoulders, I turned around to find a mole on my back was sporting a ponytail. Visiting some friends, they poured me a glass of wine and buzzed away, giving me a doggie bag of hair to take home.

Some of the bonuses, admittedly slightly unethical ones, were the excuses my illness provided. Like when, despite reminders from those who know my schedule dyslexia, I forgot my son’s dentist appointment. ‘So sorry’ say I, standing abjectly in front of the counter, hat in hand, wispy asylum hair sticking out from my bald scalp, ‘I seem to be forgetting things’. Or when I blindsided a persistent telephone marketer asking me to consider a longer-term contract with ‘No, because I have cancer and may not be around’.

I had a wig, but I thought a hat might be fun too. So, wig in place, I went to try on a hat I’d seen online. The store reminded me of airport retail with maybe 20 items on display and cooler-than-you staff. I wanted to try on the hat sans wig, so that meant the change room. I was about to put the wig back on, when hip dude swaggered around the corner with the words ‘can I help …’ forming, changed tactics, reeled back, turned white and mouthed ‘fuck’. He immediately tried to apologise but it took a while because I was crying with laughter. We laughed together and I hope that was the highlight of his day too. I wore that hat until it pleaded with me to stop.

One day at chemo, sitting in my favourite corner and wearing my favourite hat, a couple of tradies entered the room. They were young and had an aura of vitality momentarily paused that was substantially missing from the rest of us. Everybody was busy and the tradies started to look frustrated. ‘Which one is it?’ one asked loudly, looking around the room and waving a drill in a slightly menacing way. The nurse looked towards me, ‘It’s the one in the corner with the hat.’ He sighed, looking positively angry now, and headed purposefully towards me. What had I done? He stood right in front of me. ‘Excuse me’ he said, as he pulled out a blood pressure machine from behind my chair that somebody had stuck a party hat on.

While it lasted, my favourite hair loss was one you couldn’t see, although that didn’t stop me telling people about it at inappropriate times and locations. Assuming you know what a ‘Brazilian’ is, think of the opposite. I called it the ‘Tonsure’, referring to the medieval Christian monk hair style. The monk became completely bald, but that wasn’t nearly as funny.

After chemo was finished it was time for a double mastectomy and reconstruction from my ample belly fat. I’m a fan of simplicity so I went into hospital with just the clothes I was wearing and my phone. After six hours of surgery, I was being quietly settled in my room when a stressed nurse burst in, ‘Have you seen a black case, bag and pillow?’ ‘No’ said my nurses, simultaneously with my ‘yes’. They all looked at me doubtfully. ‘In the corner’, I said, pointing with my cannulated hand. ‘That’s yours’, gently objected the youngest nurse. I politely declined ownership and suggested it belonged to a dark-haired lady I had seen wheeling it that morning. ‘No, it must be yours’ she followed, patting my hand with obvious pity for my age and disorientation, ‘or you’d have nothing’. Laughing is quite painful straight after abdominal surgery.

It was no surprise to be supported through cancer ups and downs by the rich vein of gold running through my friends and family, but my lucky reality was that the downs were far rarer than I expected. The unexpected jackpot has been the comedy gold.