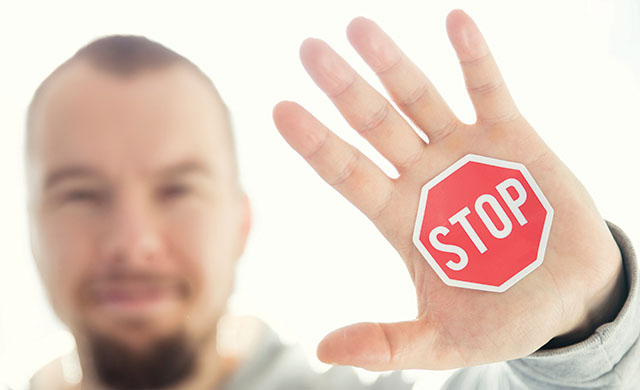 Back in the day of advertising, once a website or social media page was built and handed over to a client to control, we tried to instil in them a habit: not to just delete negative comments but rather to quickly reply with a thoughtful response, as deleting angers people and confuses the thread. Now there has been a shift from the skill of not deleting to simply blocking.

Quite ingenious really. Blocking removes the individual and with them halts any argy-bargy, back and forth opinions.

Sometimes it is the page admins, sometimes it is a self-conscious digital media manager who has been called out for a spelling mistake or embarrassing error, but most of the time it’s just an individual blogger who doesn’t want their opinion challenged. Not limited to media, business or political sites, blockers have now infiltrated our community forums: these clever posters can slowly but surely gain a group of like-minded followers by regularly posting and blocking individuals who challenge them.

“This café is great…” comment: “I reported them for unhygienic food handling” (BLOCK).

“This candidate in the west is great…” comment: “What you got to be kidding” (BLOCK).

You might be lucky enough to see a blocked comment as they can linger for a while but if you finally decide to hit the like/angry button you realise “something went wrong” and what you thought you saw was actually just a shadow of a blocked comment.

Then comes the kicker.

Months later the same blogger posts “this cafe is great…” and voilà! The responses are like, happy face and heart, because all the alternative opinions have now been blocked. It is resourceful and feeds those narcissists who want the likes and nothing more.

I don’t know if blockers are mighty or mousey but one thing is for sure Facebook is slowly catching on and starting to show where in the thread comments have been removed but I await the day a blocker count is right up next to the friends/followers count because nothing else will truly expose a blocker’s motives, tolerance or intolerance more than to have that figure exposed.

WHO CARES WHAT “THEY” THINK?