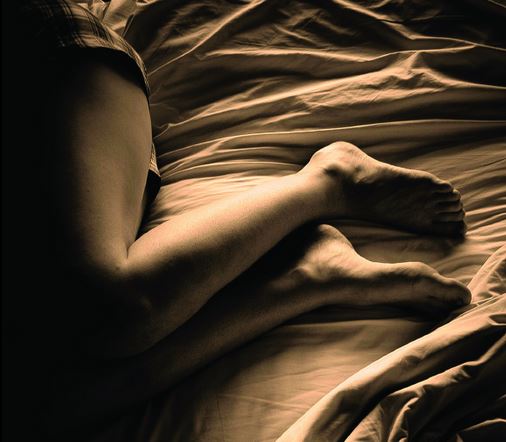 Studies have shown that there is a significant amount of people in Australia who have been diagnosed with Epilepsy that also suffer from Depression. Both Epilepsy and Depression are mental disorders, Epilepsy being a neurological condition which a person has a tendency to have reoccurring seizures and Depression being a psychological illness” (Epilepsy foundation, 2015) where a person experiences the feelings of sad, moody and low quite intensely. Epilepsy and Depression both have a significant impact on the individual in terms of mental and physical health.

Epilepsy is a common condition in our community. It can develop at any age, regardless of gender, ethnic group or intellectual ability. Researchers are still researching about the causes of epilepsy, but in most cases there is no known cause for it. Not everyone who has a seizure is epileptic. Some people have seizures due to excessive alcohol consumption, drug use, diabetes and a range of other health conditions.

Depression has become a common illness in our society. “It’s a pervasive and relentless sense of despair. Those who have been diagnosed with depression feel worthless and useless, have sleep disturbances, loss of appetite, weight loss etc. There are many causes of depression, it could be life stresses or even it could just come out of the blue. In some cases family history is a major factor” (beyondblue, 2015).

Those with depression can’t just ‘snap out of it’; there is a long process involved to control depression rather than have it control us. For example; health professionals such as a counselor or psychologist, help services such as support groups and there are also many things that people can do to help themselves.

Depression is a chemical imbalance in the brain. For example one could have too much or not enough of a particular brain chemical. Health professionals give anti-depressants to individuals in worst case worst case scenarios. Anti-depressents effect the brains chemical transmitters (serotonin and norafenalin). These send messages between different brain cells” (depressionet, 2015). Psychologist and Counselors also help regulate mood and help individuals take control of their depression by suggesting activities that can help stimulate new growth of nerve cells and balance the chemicals in the brain. Activities include; exercising, breathing exercises, meditation and also socialising.

It is important to known that every one is different and there is always a combination of factors that contribute to a person developing depression. You can’t always identify the cause of depression.

People with epilepsy are more likely to suffer from symptoms of depression. Studies published in the ‘Journal of Neurology, Neurosurgery and Psychiatry & Epilepsy and Behavior’ suggests that 1 in every 3 people with epilepsy have depression” (healthline, 2015). Researchers are researching both epilepsy and depression to help doctors treat both conditions. Each illness counteract each other. The treatment of Depression will out weigh the benefit of treating epilepsy. “Having epilepsy is not the only way depression can develope in a person. If a person just has depression they could have a risk of developing epilespy. Evidence suggests that depression can also make epilepsy worse. being depressed could cause your sleep patterns to be disturbed, or it may cause you to miss doses of your epilepsy medicines. both of these things can be a trigger for seizures for some people”. (Epilepsy action, 2015)

There are many possible causes of depression in people with epilepsy. One of the most common is brain injury, this may lead to a variety of mood changes including depression. “Hormone levels can also trigger depression in people with epilepsy. Researchers found that low estrogen levels are common in those with depresssion. Changes in hormone levels can also affect seizure frequency” (Healthline, 2015). Epilleptic episodes (seizures) can also be related to the dose of medication that is taken. The higher the dose the more risk you have of developing depression. Those people who take more than one type of epilepsy medication have an increased risk of experienced depression.

Treating both epilepsy and depression at the same time can be quite difficult. Medications can interact with each other making symptoms worse for one or both conditions. “Studies published in the ‘US National Library of Medicine’ caution doctors and patients to start low and go slow”, which means start on the lowest possible dose of a medication for either depression of epilespy and assess how it’s working and how it effects the patient. Some of the medication that epileptics are recommended to take to manage their seizures have side-effects, just like any other prescribed medication. Some side effects of certain epileptic medication can increase the risk of depression. “Anti-epileptic drugs may affect the mood centres in the brain” (Healthline, 2015).

Your doctor will help develop a treatment program that is right for you based on your specific symptoms. This may include counselling to talk about how you’re feeling and medications” (EpilepsyAction, 2015). It is also important to remember both depression and epilepsy are both manageable medical conditions. You may be at higher risk of depression if you have epilepsy. But there are steps you can take to overcome your challenges and live a happy and productive life” (Healthline, 2015).

WHEN YOU ARE CONCERNED ABOUT SOMEONE’S MENTAL HEALTH