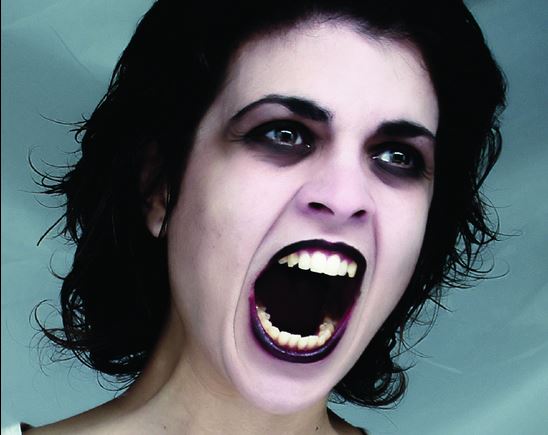 Welcome to ‘Turn The Pages’ where I take the time to read a book, write a review and maybe leak a few spoilers. I will try to keep the best part to myself so you are surprised or shocked when you are at the best moments in the book. The following are some stories which will satisfy all fiction lovers out there, so give them a try.

MY SISTER THE VAMPIRE (TAKE TWO)

This is the 5th book in the ‘My Sister the Vampire’ series. Hollywood had come to Franklin grove, while Oliver is getting to know a hot teen movie star named Jackson on the set of his new movie being filmed in Franklin grove. Ivy is doing some snooping. Could her twin be falling for a vampire?

MY SISTER THE VAMPIRE (LOVE BITES)

This is the 6th book in the ‘My Sister the Vampire’ series. When the twins visit their vampire family in Transylvania, a smooth-talking boy is taken with Olivia. While Ivy can’t believe it’s nearly Valentine’s day and her twin has left her all alone!

JANE AND THE DAMNED

Its 1797, Jane and her sister are off to an assembly where they meet Mr and Miss Smith. Jane is smitten with Mr Smith and he with her. So it would seem until he feeds from her, gives her the only thing he can then leaves. After realising what’s happening to her, Jane confronts her father. He tells her of the healing waters at Bath that can save her and her soul.

Upon starting her treatment, she meets Mr Luke Venning. He tells her how the waters really work and when Jane tell him that her creator just left her, Mr Venning offers to be her bear-leader or teacher.

The French invade unsuspecting Bath and the streets run red with good English blood. Suddenly only the staunchly British Damned can defend the nation they love . . . with Jane Austen leading the charge at the battle’s forefront.

This book keeps you on your toes with a twist around every corner and mystery to enthrall.

A mysterious lord has moved into Sarah’s old family house and offers her a job as he says he felt bad he’d taken her future by winning her family home in a card game. He agrees to sign the house back over to her for 100 years in exchange for her soul. We then move to present time from Victorian time to meet new character. Old characters are back and the story really starts to take off with twists and turns.

Well let’s start with the fact that this is the last book in Rachel Caine’s Morganville vampire series, of which I have read all fifteen. This one stood out to me as it was very different to the last 14 books. Previous books contained more supernatural activity while this last instalment dealt more with human feeling. Just to give you a run down of the previous 14 books, we have our main character Clair Danvers who came to Morganville to attend an university. Fortune does not favour her as she is bullied on campus, hence she attempts to escape the bullying through seeking off-campus housing. This is where the other three main characters get introduced which include Shane – a young man with a tragic family background, Michael – who has a big secret that not even his closest friends know, and the little gothic Eve – who is a sweet person while taking care of Clair like a little sister. Together they fight monsters, take on the vampire queen and her council, enemies become friends, friends are lost, new friends are made, love is found in the oddest of places and there is even a wedding which all happens in the first 14 books. So much more happens but I don’t want to spoil it for you as I loved reading every minute of it. My present book which is the fifteenth starts a little slow but after the first 20 or so pages it improves. There are surprises around every corner, with the highlight being Shane having one big secret and not knowing how to deal with it.

Now my dear readers, you are lucky if you are new to this series as you don’t have to wait for the next book to be written as it has been completed with this last instalment. It took me 5 years to read the whole series while having to wait for the next book to be published. It was definitely worth the wait. You may wonder if this series is for an adult or teen demographic – I would put it in the young adult section. This series does have love séances but it is not too graphic and the fighting is low key.