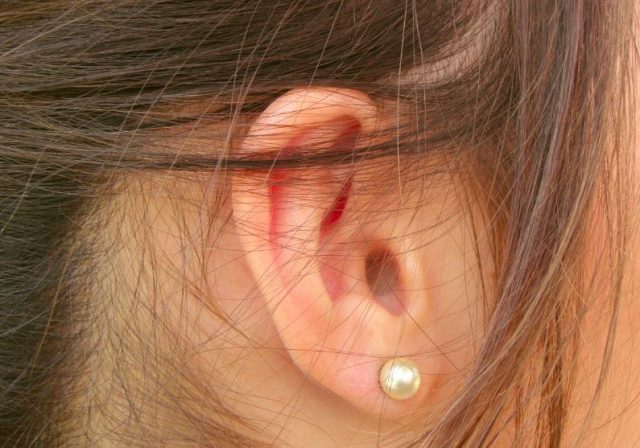 When we are born our ear is fully formed. The lobe descends a little but overall it stays the same. Earlier research has shown that the human ear is one of the representative human biometrics with uniqueness and stability. The special location of the ear makes it worthy of scientific research in the fields of identification. Ear recognition is also a non-intrusive method of recognition. Application and research of ear recognition technology is a new subject in the field of biometrics recognition. Generally, ear recognition uses a given static or dynamic image and compares it against a template data stored in a data base to identify.

At present, ear recognition methods falls into two categories: the first method uses statistical approaches (such as PCA method) to obtain a set of eigenvectors. Any image can represent using weighted combination of eigenvectors. The weights are obtained by projecting into eigenvectors components using an inner product operation. The identification of the images is done by locating the image in a the database whose weights are closest to the weights of the test image. The second method is based on the local features of the ear such as the geometry features composed of distance and curve relationship, or the force field feature composed of potential well and potential channels.

“For over a decade Interpol and other investigative organisations have been using ‘Ear Recognition’ algorithms as a great means of identify people via 2D photographs”, said Mark Nixon, a computer scientist at the University of Southampton, a leader of research and development.

However, I am not introducing that concept to you for the science only. Unaware to most of us, there is an ever growing community of individual investigators who are claiming to have I.D. several people who are actors in a network of people who deliberately manipulate the stories we see in the news, among other fraudulent appearances via the internet and programmed television.

When I first looked into this so called actor based reality theory, I was very intrigued and extremely perplexed. Nevertheless, the further one looks into this theory the more compelling the information becomes. One of the most prominent sites to find information is ‘www.wellaware1.com’. The Man who has been dubbed the pioneer to this type of investigative journalism is named Ed Chiarini. Mr Chiarini illustrated the number one best selling JFK Assassination book of all time at the mere age of 16, having a fine eye for detail he explains how news programs can fake or create “eye witnesses” that are really actors who are able to disguise themselves through the use of make-up, lighting and prosthesis– just like actors who transform themselves for performances and are used over and over. When you see the claims you will automatically think– this can’t be. Well… do you remember when Michael Jackson transformed his look?

If this new and evolving investigation by scientist and everyday citizens alike turns out to be based on reality– then some outside of it might say that we are being ridiculous as we continue to discover the depth of such a rabbit hole. To the investigators who are convinced there is no rabbit hole at all. It’s a winding Labyrinth with no clear beginning. Which begs the question if we don’t have a real beginning then where are we heading?