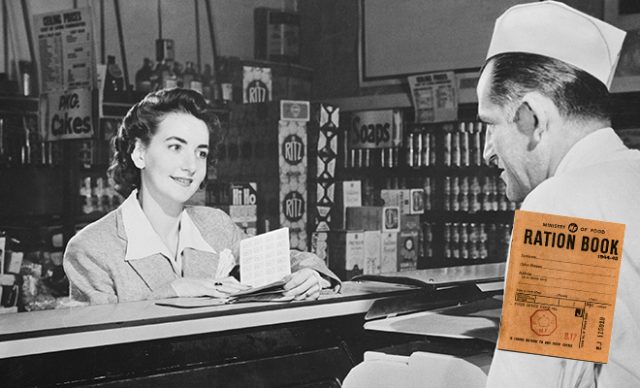 What a batshit crazy year 2020 is turning out to be, hey?

Enormous bushfires shut down huge swathes of the country and crippled communities and the tourism industry.

And then something I hope was named after a type of beer and an old Toyota reminded us of the actual meaning of ‘going viral’, shut down the whole bloody planet, and put entire nations into a veritable coma, with no known date of regaining consciousness.

It’s surreal and frightening and curiously-fascinating and almost entirely unbelievable.

My two natural inclinations are butting heads: do I gape in awe and recognise this moment in history for its potential profundity, or do I take delight in the absurd and hilarious aspects of people and situations that it presents?

Both have a place, and I’d like to think I can do both.

I doubt I’m the only one sick to my back teeth of hearing and reading the word ‘unprecedented’ at least fourteen billion times in recent weeks. Not only for its shameless repetition (is something still without precedent if it’s been spoken of ad nauseam for 21 days straight by eleventy-kazillion commentators and reporters?), but because most of what we’re experiencing does have a precedent. Several, in fact. Maybe not in ‘living memory’ (which is more accurate a term), but certainly in the last 100 years, and many times before that, as well.

Worldwide disease that affects hundreds of thousands? The Spanish Flu killed 50 million people in a few years, immediately after 40 million people perished in World War I.

Shutdowns of non-essential business, schools, public activities and gatherings? See above. Also any town and country bombed by another, which happens more often than we want to admit. Windows also get blacked out, power and water are often cut off, and children living in target cities are shipped off to live with relatives in the country while their parents remain behind to ‘support the war effort’. And that’s without even tackling the abhorrent demonisation and gradual crushing of the Jews in Germany in the years leading up to World War II.

Groceries in short supply and people panic-buying? You bet! Ration books were the only means to purchase grocery items during World War II, as well as other major conflicts. No one could buy more than their allocated share. In those days though, people were content enough with newspapers torn up into squares and tied to a nail in the unplumbed outhouse, so there wasn’t the ridiculous toilet paper panic-buying we’ve experienced.

And grocery shortages occurred most recently in Victoria in the late 1970s, when the Storemen and Packers’ Union went on strike for the right to establish their own retirement fund and have a modest amount of their pay directed into it (which became the Labour Union Cooperative Retirement Fund, or LUCRF: the first true industry super fund in the world).

Funny how it’s the workers in the warehouses and on shop floors that keep the country fed and then when they have the ‘audacity’ to want to better plan for their own future, they have to fight tooth and nail to make decisions about their own money. Ringing any bells for you…?

Just because something hasn’t happened recently, and to us, doesn’t mean it’s the first time EVARRRR. And it’s a combination of both ignorance and arrogance to think otherwise, if we’re to be truly honest with ourselves.

But the fillet-o-fish from Engadine Maccas rots from the head, doesn’t it.

Australia’s worst middle manager, who jetted off to Hawaii while the country he supposedly ‘leads’ was on fire, has decided during this also-warned-of crisis, to play the role of a glorified CEO running a medium-sized organisation, who thinks attending all the unnecessary meetings and having a secretary write a bullet point list of ‘measures’ (ugh, another overused, soulless word) for him to read aloud is leadership.

It’s not, Scotty, and you’re proving with every slapdown of a good reporter that you think you have the best decision-making skillz in the history of everything – but you don’t. I wish you were in Hawaii now, and that we had a leader with actual-and-not-feigned virtues of compassion and empathy, and absent that smug and sneering shit-eating smirk. Oh Jacinda, my Captain!

Slomo can blather on and contradict himself until the clock strikes midnight, for all I care. I’m not going to let my optimistic and hopeful spirit drown under the growing volume of sputum our federal government coughs all over us. And you don’t have to, either.

What if we use this time to reflect, grow and evolve?

What if we take advantage of this enforced pause, and ask ourselves some direct questions and give them serious though:

There are loads of other questions we can ask of ourselves, our families and communities. Having this required time in semi-isolation to process our thoughts can either be a pain in the arse if we allow it to be, or it can be the opportunity for all of us to relax as much as is possible, and make some notes on what we want to do a little or a lot differently when the sun comes up again.

It does always come up again, even if it feels like a long night right now. Perhaps one of the ways to treat this virus is through some rest, relaxation, reflection and resetting, and tuning out all the batshit that isn’t any good for us.