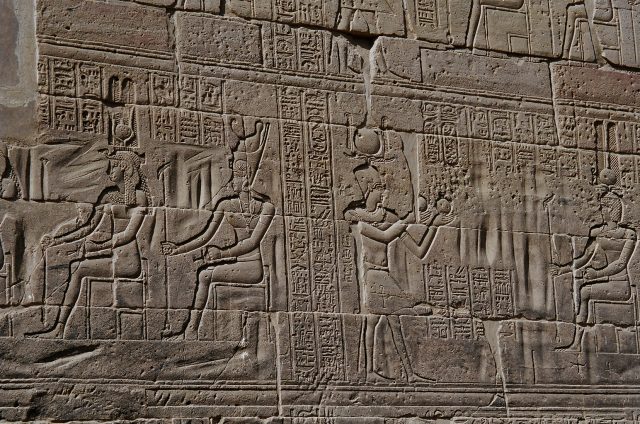 Hypatia was the first female mathematician, astronomer and philosopher to have her works recorded. Quite an achievement for a female of her time.

Her achievements in science and philosophy were astounding for a woman at that time in history as women had limited options and opportunities and were often treated as pieces of property. Hypatia, however, was able to move freely to work and study in traditional male domains. She is said to have been a great beauty and was admired for her dignity and virtue, having many suitors but rejecting every proposal of marriage. However not everyone was impressed by her intelligence.

At that time Alexandria was under Roman rule but the Christian church was gaining popularity and power. To maintain the status quo, the church was eradicating pagan influence and culture throughout Egypt and the ancient world. Because Hypatia was an advocate of scientific thought based on rational sound evidence, she became a symbol of learning and science – everything the early Christian church considered to be associated with paganism. A few of her detractors, such as Cyril the Archbishop of Alexandria, and Peter (a minor cleric from Cyril’s church labelled a christian fanatic), despised her and considered her dangerous and paganistic.

These were turbulent times in Alexandria, with religious and sectarian conflict between the Christians and Jews and with Orestes the Roman governor of Alexandria and Cyril the Archbishop feuding. Hypatia was a good friend of Orestes, and he often sought her advice and counsel on political matters. However rumours began to circulate among the Christian community that Hypatia was responsible for Orestes’ unwillingness to reconcile with Cyril.

Despite the threat to her personal safety, Hypatia continued to work and publish her writings until one day in 415 AD on her way to work she was apprehended by a fanatical mob, some sources say by monks, others claim it was Cyril’s parishioners and still others say it was a group led by a reader called Peter. Her clothes were ripped off as form of humiliation, and armed with abalone shells, the mob flayed the flesh from her bones. Her remains were then burnt, her works obliterated and over time, her name and memory forgotten.

The reasons for her demise are unclear, however there are suggestions it might have been because the Christian church considered her dangerous and paganistic and wanted to remove her, or maybe because of her friendship with Orestes she became a victim of political jealousy.

Hypatia’s many accomplishments in science and philosophy included improving the astrolabe, an astronomical calculator used to solve problems relating to time and the position of the sun and stars in the sky, and mapping some celestial bodies. Her steadfast dedication to her students and pursuit for truth in adverse and turbulent times is an inspiration to those who face challenges and opposition in their lives and careers, for both men and women.

MAKING BUSINESS WORK, WHEN ENGLISH IS YOUR SECOND LANGUAGE