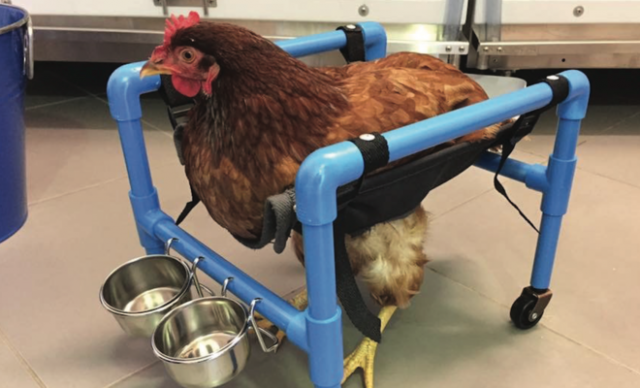 Even by bird and exotic animal clinic standards, this morning takes some beating. The list of emergencies waiting for triage includes a chicken with a broken leg, canary missing a beak, a parrot that’s fainted… and oh, a goldfish floating upside down.

Welcome to exotic land where colour, size, shape, feathers or scales aren’t reason to stand out. Australia has nearly as many pets as humans, with exotics increasingly chosen as the newest animal family member. In pet world at least, unusual is the new black.

Today, a collapsed parrot is a priority. The patient is “so sick that if I touch it, it may pass out and die,” says Doctor Glynnis Lam, who nonetheless has the job of diagnosing what’s wrong. First, though: “Nurse, we need oxygen.” 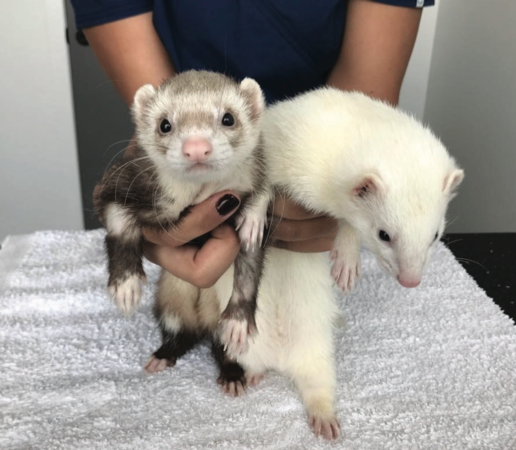 Quick decisions and lateral thinking are a matter of life and death in an exotic animal clinic. “Most are prey animals and very good at hiding illness,” says Glynnis. “They don’t want to get eaten; they don’t want to be singled out… even by their own family, so they pretend with every last ounce of energy.”

Owners may have missed subtle cues. A disease might be well through its course before the patient shows any external signs and a vet is called. An ailing parrot turns up – possibly only a few pants from its last breath. 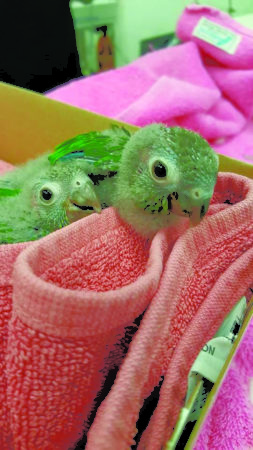 Five months ago, Jaclyn Gatt and Glynnis Lam opened the clinic dedicated exclusively to birds and exotic animals. And while they’re explaining how to perform CPR on a fish, a baby bunny the size of a small dog scampers under the table. It’s Merry, one of two clinic pets who, if needed, sidelines as a blood donor. And no, this isn’t a Monty Python skit.

Both women, pioneering thirty year-olds, are friends who graduated with a bachelor in veterinary medicine and have worked in the field for seven years. They’ve now realised their dream of opening a practise for exotic pets. 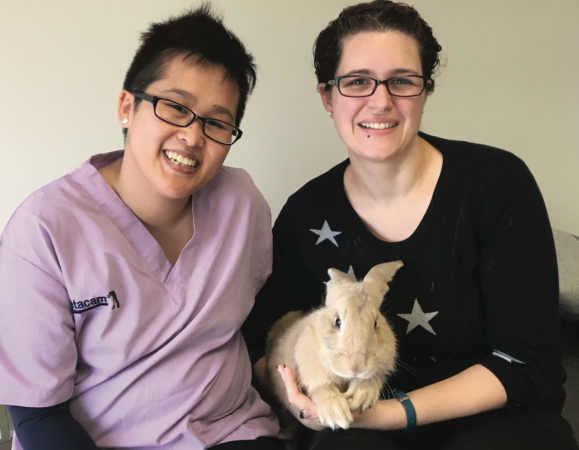 Jaclyn and Glynnis are westies and grew up surrounded by a menagerie of creatures. Glynnis remembers pleading with parents to drive all the way to the eastern suburbs with a sick and fragile pet to see an exotic animal veterinarian. So it made perfect sense to open a clinic that was dedicated to birds and exotics in the western suburbs. The one and only. A suitable location on the fringe of Williamstown’s industrial precinct took a year to find. And in only five months, patients in growing numbers from afar field as Geelong, Bendigo and Eildon are carried through the door.

With no standard protocols to fall back on, creativity, even making things up, goes a long way. “A dog with a broken leg … you order a splint, it comes and you fix it,” says Jaclyn. “When you’ve got a budgie with a broken leg, there’s no commercial option, so you need to find a solution. We construct things. Glynnis has adapted a heat-fixing plastic product that we cut to size and customise splints.”

Dolly the chicken was unable to walk. Nothing was wrong with her legs or feet, but there  were signs of internal swelling. After a considered diagnosis, and relying on experience, not  to mention sixth-sense, Jaclyn inserted a hormonal implant. Dolly, in the meantime, clucked around the animal ward in a purpose-built wheelchair. When the mass inside her reproductive organs shrank, Dolly made a full recovery. “I was nearly in tears with the owner going, ‘Wow’” says Jaclyn.

It doesn’t seem so long ago that pets were part of our lives because they performed a function: cats chased mice and dogs barked at intruders. The world has changed. Famed animal anthropologist Jane Goodall came along with news that chimps had the intelligence to design and use tools and express sophisticated emotions. Still, that doesn’t account for bowls of water outside cafés and pet bling. And when were pets invited from the shed inside to lie on our beds at night? Or get a sticker on car rear windows? Man’s best friend has turned into a ‘fur baby’, a term with its own meme and Oxford dictionary entry. Perhaps it’s no surprise then, and a sign of the times, that ‘scale babies’ are now welcomed into the family.

“We place a high value on the human/animal bond,” says Glynis who sees owners enjoy pets of all kinds in a variety of ways. In the case of a fish or reptile, this may mean being an observer. For others, an animal may be their emotional support. Helped along by the proliferation of information and experiences on the internet, “learning the behaviour of a species is part of the fun and enjoyment of a different kind of pet,” says Jaclyn.

Aside from one’s budget – including the initial set-up, checks and ongoing health care, a prospective owner may want to consider the sort of time commitment that fits the family’s schedule: “a closely-bonded bird is a lot more intensive than a snake that’s happy to be interactive once a day”. I’m told house bunnies make a wonderful pet for a family short on backyard space.

Inner-west’s most popular exotic pet? “Birds by far. There’s also a lot of chickens,” says Jaclyn who also does a significant amount of dental work on rabbits, guinea pigs and bearded dragons. 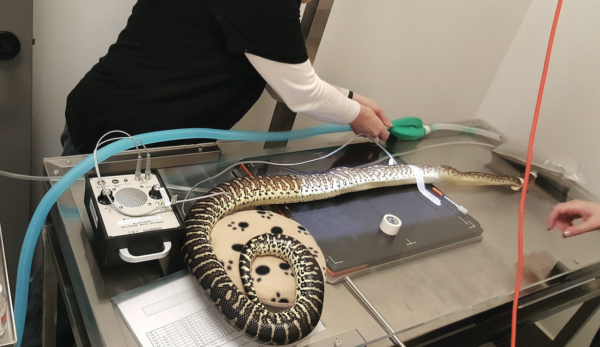 Exotic pet owners would probably say you don’t know what you’re missing. However, if you love cuddly animals but can’t imagine going misty-eyed over a python curled up in your lap, then maybe the clinic’s Facebook page is the deal. I’ve checked it out. With an-ever increasing collection of cutesy creatures that chirp, slither, flutter and splash, it makes for a surprisingly feel-good tonic.

FOR THE LOVE OF CHICKEN