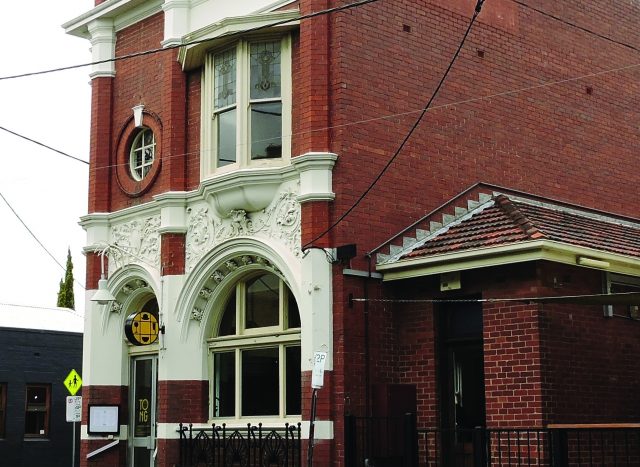 What’s the best way to learn about significant architectural styles of the twentieth century?  Have a look at the best buildings around you, I say.

In the first of a series, we take a look at a style that took off around the western world early last century, one of the first to react to historically-inspired revival styles and a precursor to modernism.

Effectively a ‘new art’, Art Nouveau was a movement that emerged in the late nineteenth century as a reaction to the existing art establishment and its perceived constraints.  Gaining inspiration from nature, particularly the curvaceous line and beauty of the organic form and a strong sense of geometry, Art Nouveau rejected previous historically-inspired movements (think Greek Revival/Neo-Classicism etc.) which were felt to be backward-looking and overly restrictive, for a more ‘modern’ style that was concerned with the arts as a whole.  The Art Nouveau movement rejected the notion that true art was limited to just painting, embracing all art forms including furniture, fashion, graphic design, led-lighting, jewellery and architecure.  It broke free of conservative, hierarchical ‘art’ that took its cue from the past only and ushered in a century of huge theoretical and stylistic change in architecture and the arts as a whole.

In Architecture, Art Nouveau displays a strong use of geometric forms, often exploited structurally, contrasted with natural decorative motifs, non-uniform curves and lines, and organic forms.  It was less often a style used in isolation and many Art Nouveau buildings can be included as part of the Federation, Queen Anne, Romanesque and Art Deco styles which variously inspired and were inspired by Noveau, being popular around the same time.

Melbourne architects Sydney Smith and Ogg designed this handsome example of Art Nouveau-inspired architecture for a flourishing post-federation Yarraville in 1909. The contract price paid by State Savings Bank Victoria was £1,966.  Perhaps most significant to its design is the fact that renowned architect, architectural author and academic Robert Haddon was employed by the firm at the time.  Haddon had just published ‘Australian Architecture’ in Melbourne 1908, a book which espoused a unifying (although not independent nor particularly unique) architectural style for the antipodes.  He admired the Art Nouveau style popular in Belgium and greater Europe at the time, but his treatise encouraged designers to look to conservative British forms for inspiration; hardly forward-looking for a young post-colonial nation.  His design for the Yarraville branch of the State Savings Bank takes from Romanesque Art Nouveau design and displays  nature-inspired organic decorative detailing counterpointed by strong geometry in the structure.

Note the multi-faced rectilinear columns over both levels, and Romanesque rounded-arch windows which are contrasted by intricate ornamentation inspired by flowers and the flowing lines of the natural environment.

The St George’s Theatre was designed by architects Craven, Brown & Marqua in 1891.  The theatre was converted to a cinema in 1913 shortly after the introduction of film, and became the Universal Dancing Classes (UDC) Ballroom in 1960.  Interestingly, it’s interior was used to film scenes for the movie Strictly Ballroom, 1992.  It has been converted to apartments in the last decade.

Similarly to the State Bank, this building’s façade exploits vertical columns to create a strong visual framework (they are not technically structural), and uses organic forms such as leaves in its ornamentation. The columns, which are both square and round, are topped by similarly strong geometric forms; spheres, contrasting more intricate nature-inspired detailing.

Can you spot some of the characteristics of these Inner West Art Nouveau examples and the significant Melbourne buildings below? Bonus points if you recognise them! 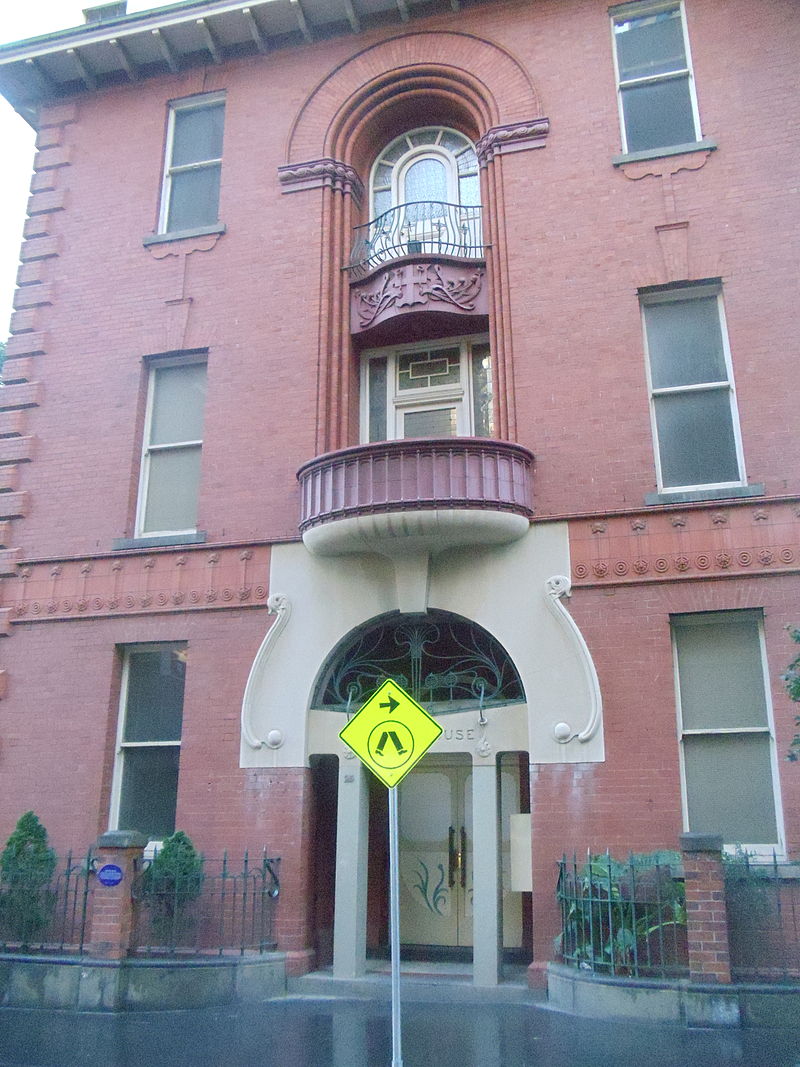