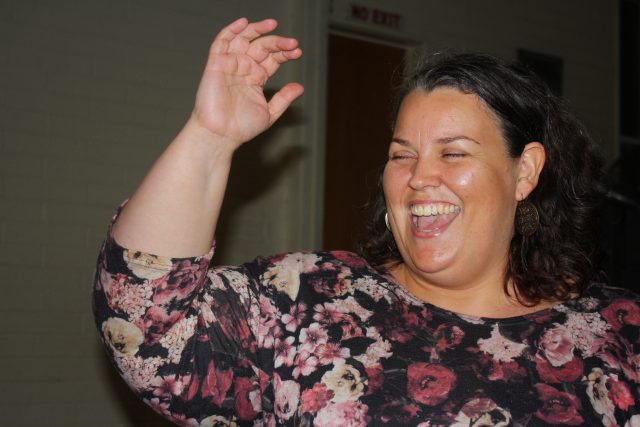 On a recent Wednesday evening, in a Williamstown hall, about a dozen women are warming up. After stretching and breathing and humming, some burbling and trilling and little bit of waggling, leader Steph Payne gives the signal, and the Willin Women’s choir begins to sing:

On any given night, across Victoria, hundreds of people are singing in community choirs. Singing is as good for you as yoga, and as beneficial as meditation. Singing in a choir just multiplies the benefits, says Chris Phillips, a member of the Willin Women for nine years. “You get such a buzz, it feels fantastic to be in harmony with the people around you.”

Like most community choirs, the Willin Women have a ‘no audition’ policy.  “I wouldn’t dream of asking anyone how old they are”, says Phillips, “We’re all somewhere between 30 and 70. Some read music. Some – like me – don’t. Women don’t need any level of musical ability at all, we all learn as we go.”

When the Westsider visited, the choir was cheerfully picking its way through a swinging, but tricky, number. “Who is doing the dum-de-dums?” choir leader Steph Payne called out. “Where are the bom-de-boms? Ok, let’s go.” Payne doesn’t stop smiling as she conducts and the atmosphere is a combination of high spirits and deep concentration. The choir kills some parts of the song, and fumble through others, and everyone laughs, and they start again.

“You don’t need the voice of soloist”, Payne explained, when tea break came. “Most of the women here thought they couldn’t sing. But they can. Everyone can.” Payne should know – she’s been singing and leading choirs of all kinds for decades. She’s done folk, world, soul, gospel, a cappella, contemporary, environmental (Ecopella. Look them up: in 2014, choir members briefly halted work at a coal mine in protest over environmental damage), and even iPad and comedy choirs. There is, it seems, a song for every singer.

Since starting up in 1991, the Willin Women choir has performed at countless hospitals, aged care homes, women’s prisons, arts events and benefits for local charities. The choir sang for the Association of Relinquishing Mothers in 2012, when – in a memorably emotional parliamentary session – the Victorian Government formally apologised for forced adoption practices between the 1950s and 1970s.

“I can’t tell you,” says Chris Phillips, “how much benefit singing offers people, physiologically, psychologically and emotionally. Not to mention connecting with your local community and broadening your friendships.”

The Willin Women meet at the Williamstown Church of Christ hall, Wednesdays during term time at 7:30pm. All women are welcome.

WOMEN WILLIN’ BUT NOT ABLE