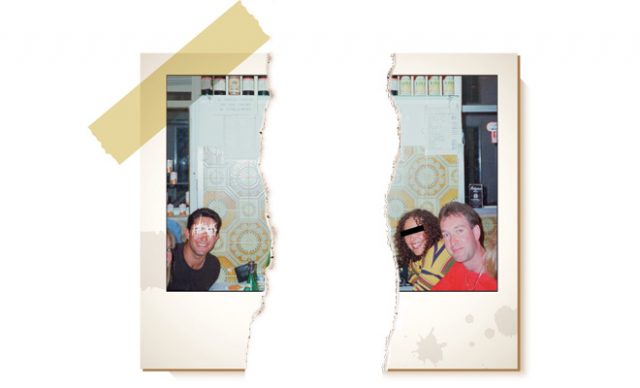 Solly was a great guy. Most of the time. Well, some of the time. OK so he was a pain in the arse. To be fair I’d only known him for three weeks. We arrived simultaneously at an awesome little backpackers in Barcelona’s Plaça Reial and hit it off straight away. I was heading to Madrid in a few days, so was he, it made sense that we should travel together, and see where it led.

Solly (Solomon) was Zimbabwean, so we bonded as antipodean globetrotters tend to; over beer, cricket, and tales of great expanses of space, seas and sunshine.

I had the feeling my new travel buddy would turn out to be a friend for life – we’d become a firm travel team, swooning our way across the ‘old countries’ of the continent, and eventually visiting each other at our respective homes, recounting tales of wild rides and even wilder nights. Our clear bond would be a thing of jealousy for old friends, girlfriends and loyal canines alike, as we shared inside jokes about cockroach infested bathrooms, thieving monkeys and nerve-racking border crossings until they kicked us out of every bar.

After enjoying each other’s company through several days and nights of traversing La Rambla, evading rogue Segways in Ciutadella Park, and rubbing our chins and pretending we ‘really understood’ La Sagrada Familia, we loaded up on cheap wine-in-a-bag and settled in for the overnight train to the capital. I couldn’t wait to see The Prado.

OK, he’s not into culture

“What about the market at El Rastro?” I ventured.

“What is that even?” came the reply.

“The famous flea market” I explained. Solly’s face suggested he honestly thought fleas might be the main fare on sale. It was becoming clear we had different interests.

Still, enjoy Madrid we did, even if the recalcitrant Solly was started to grate on me, whinging and generally dampening the mood.

The last straw came when I suggested we took the opportunity for a day trip to the nearby ancient walled city of Toledo.

“Tut, what’s in Toledo?” he groaned, rolling his eyes.

“Well from all reports it’s a well preserved example of Arab, Jewish and Christian architecture, with a fabulous old quarter, fantastic Cathedral, yet to be overrun by tourists, and it’s only an hour away by train.”

In the end I dragged him there reluctantly, and he finally sparked up. “Hey this place isn’t too bad” was his best version of enthusiasm. I think he meant it too – who wouldn’t be moved when gazing up at the 13th century Santa Iglesia Catedral Primada de Toledo and announcing that “It’s cool to look at old shit…!”

Oh God save me now

On the bus to Lisbon, I had time to stare at the surprising sea of eucalypts, and ponder the machinations of the potentially short term relationships we form out of necessity on the road. What was the scope of this kind of commitment?

Solly clearly saw it as permanent, as if devoid of all sense of socio-spacial awareness. OK I admit I probably just made that term up, but it’s entirely appropriate.

And finally it happened – an out!

It came in the form of Margherita, a bright and bubbly young woman from Sydney who asked if I wanted to join her and two Californian friends on a drive up the coast of Portugal? “We don’t really have a plan, and we’ve only got one spare seat, I know you’ve been travelling with Solly…”

That “dot-dot-dot” hung in the air almost visibly it was so pronounced – she clearly felt sorry for me.

My reaction – no, emotional release – startled her and even surprised myself. “Oh my God yes when are we leaving I cannot wait to ditch this guy!” I’ve probably just broken some sort of travellers code, but the bubble had burst.

Now for the hard part

I had to break it to him. It was surprisingly easy.

He started welling up – seriously.

“But we’ve only just started” he said, lower lip starting to wobble.

Oh come on! Emotional blackmail on the road – this I do not need.

“Look I don’t even know why you’re travelling. You hate the journey, you’re bored by everything, and have no sense of adventure. Why are you even here?”

We’ve all been there

Travel is a great connector of people. Every single one of us out there wants to explore, and that often includes meeting people, learning about them, their lives, and devouring their back stories like they’re 300 year-old vampires in a Stephenie Meyer novel.

When you’re a solo traveller, this need, and the buzz that accompanies it, is just as much a part of the experience as buses, beer and backpackers.

Sadly, this kind of relationship breakdown can also afflict long-time friends who decide to travel together. Those little differences that can be diffused in the broader setting of your life at home come into sharp focus when it’s just you and them, and your initiation to the joy of travelling together is to be crammed into ½ square metre of personal space in economy.

There’s the friend that wants to beat the stubby record from Melbourne to London on your first flight. The friend who whips out an ironclad, 6 week itinerary as you’re unpacking 10 minutes after arriving at your hotel. And of course, there’s the friend who’s suddenly finds a joint and is making out with a French stranger on the beach before you’ve even managed to apply your sunscreen.

The moral of the story

There are rules on the road, but ultimately you’re largely on your own out there, even when you’re technically not.

Choose your friends wisely, for as the old saying goes, “It’s better to be alone than in bad company.”

(Based on a true story, some names have been changed to protect, erm, me.)