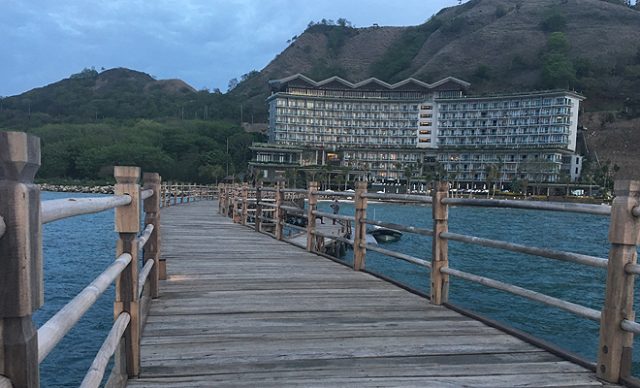 Manta rays hover above us like gigantic underwater birds. Flesh-eating monster lizards slither around village huts. Next stop: lazing by the hotel pool with a cocktail in my hand. I love adventure but I’m not beyond a little pampering.

Now a new luxury resort means you can enjoy its unspoilt natural wonders, and a little indulgence at the same time.

And tourists aren’t the only ones excited by Flores. On this dot in the Indonesian Archipelago, scientists find living proof of ‘island gigantism’, the tendency for indigenous wildlife to grow larger than mainland species. The Komodo dragon owes its celebrity status to this biological phenomenon. And in 2003, Flores made headlines after the remains of a small, prehistoric human-like creature nicknamed ‘the Hobbit’ were discovered.

At Komodo airport in the dusty arid hills of western Flores, there’s little sign of flowers that Portuguese colonists named the island after. The red-flaming trees, which caught the attention of 16th century explorers, are native to Flores’ eastern coast. Still, there’s a blossoming of sorts in the western harbour town, Labuan Bajo. A new, futuristic-looking airport terminal testament to a boom in tourists on their way to marine sanctuaries and UNESCO heritage wildlife of nearby Komodo National Park.

Soon after we leave the airport on our way to the hotel, our taxi passes through town – a stretch of shops where dive operators outnumber local traders two to one – the winding, narrow road opens up to a breath-taking panorama. Beyond a bustle of wooden ships anchored in the crowded port, a vast landscape of blue ocean and mountainous islands extends into the distance. 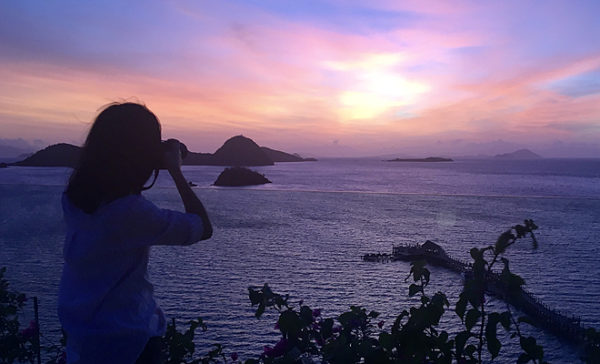 The postcard picture has us wide-eyed, excited about the five day holiday that lay ahead. Our driver adds to the moment in his best, stilted English: ‘Thank-you for choosing to stay at Labuan Bajo.’ The welcome is accompanied by a gentle smile, as he crosses an arm over his chest bowing slightly, with a genuineness difficult to feign.

After fifteen minutes, we reach our final destination: Ayana Komodo Resort, which was nominated as ‘World’s Leading New Resort’ by World Travel Awards 2018. The multi-storey hotel rises from the sea, snuggling into a cliff-face, gifting all rooms inspiring ocean views. Angular balconies puzzle us until we learn they were designed to imitate a Komodo dragon’s scales. Finishes are pastel light, breezy. Even by today’s trend of luxury resorts imitating art galleries, there’s plenty to admire about Flores’ first five-star resort.

That’s not to say our holiday home is perfect. Rates are discounted for a reason … say, glitches getting sorted. A problem with the sanitation system has us changing rooms two days after we’d arrived.

Even without leaving the hotel, there’s plenty to do: snorkelling and chasing fish ‘round the nearby coral reef, canoeing and paddle boarding, not to forget that long-standing resort tradition – lazing beside the pool. 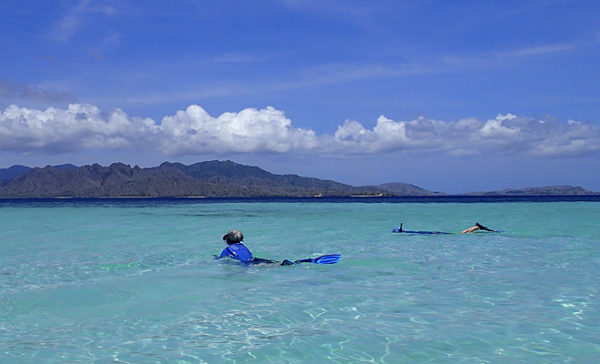 Day’s end is spent lounging in the Rooftop Bar and taking in the daily show – a large reddish sun sinking below an ocean horizon, painting the sky shades of orange and pink.

From three stylish restaurants there’s a wide range of Indonesian, Japanese and Western cuisine to enjoy. As a rough guide, dinner and drinks for our family of three cost just over $100. Some guests prefer to take a taxi to local eateries close-by, a less expensive option. Pizza for lunch and seafood soup or curry at dinner at the hotel are favourites for us. For a treat, we handpick lobster, prawns and fish from the hotel’s daily catch to be flame-grilled or made into a pasta dish.

General Manager Fernando Arroyo Fassio mingles with guests during mealtimes. Pointing out to sea, he tells us, while the coast may be the playground of tourists, a world of largely unexplored natural attractions lays further inland. Kelimutu volcano, traditional villages… so much to see on land, but for the moment, the following days scuba expedition exercises our minds.

We aren’t disappointed – encountering sea turtles lazing among coral that resembles giant fungi; and on a second dive, kneeling on the ocean floor peering at manta rays swimming close-by. Floating weightlessly metres below the surface to the lonely sound of one’s breath through a regulator is an experience adding an otherworldly vibe to any holiday. Rarely though, is diving with exotic sea creatures so accessible. 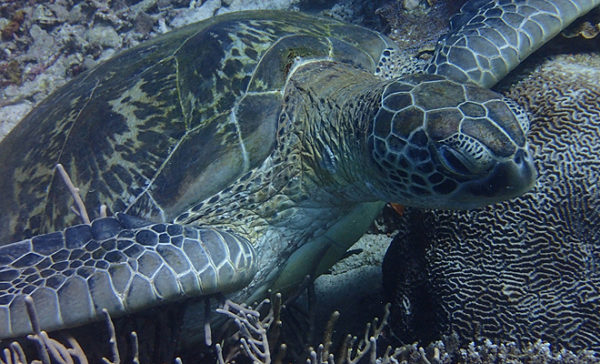 The finale is our resort’s full day excursion to Komodo National Park. This tourist hot spot is made up of nearly thirty islands and was established in 1980 to protect the Komodo dragon. Selected among New Seven Wonders of Nature, the region now aims to preserve the the entire sea and land biodiversity of the region. 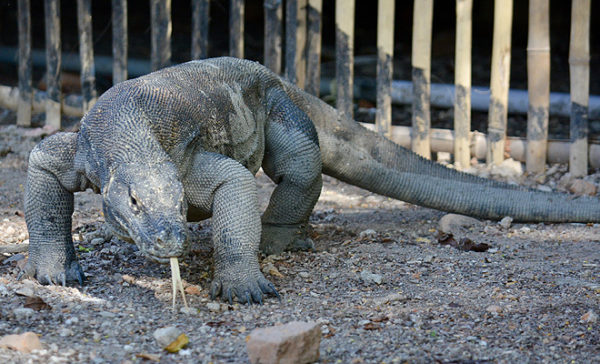 It takes a little over one hour in the hotel’s luxury power boat to reach Padar Island. We climb endless steps to the island’s mountainous peak, but racing pulse and breathlessness are worth the magnificent ocean view of surrounding islands. Back down to the boat, and it’s a short trip to wallow in the warm water of a pink-sanded beach. 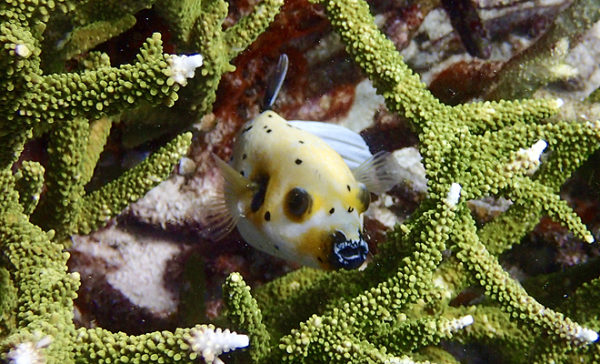 Next, and the reason we’d travelled to Indonesia in the first place, is Rinca Island for a tour strolling among three metre monitors capable of taking down a wayward buffalo. These prehistoric-looking creatures, resting in the shade with their devilish, forked tongues flicking in and out, seem docile enough – but our guide, who by the way clutches a long stick – assures us the world’s scariest lizards can outrun humans. 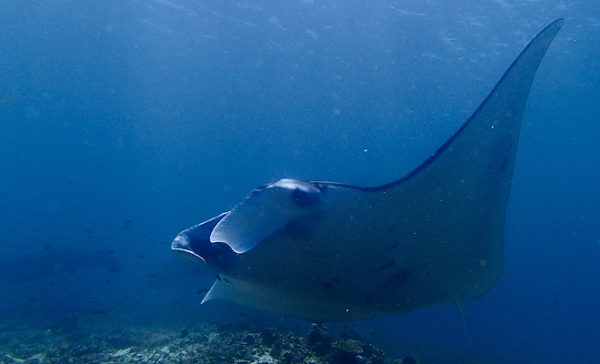 That’s a wrap for our getaway. There’s more to see, and who can tell how long this unique tourist destination will go undiscovered.

A wooden statue of the iconic dragon sitting on the mantelpiece stands as a reminder of our fascinating Flores adventure, but also a totem calling us to return.

The article was previously published on Travels With JB: (www.travelswithjb.com.au).