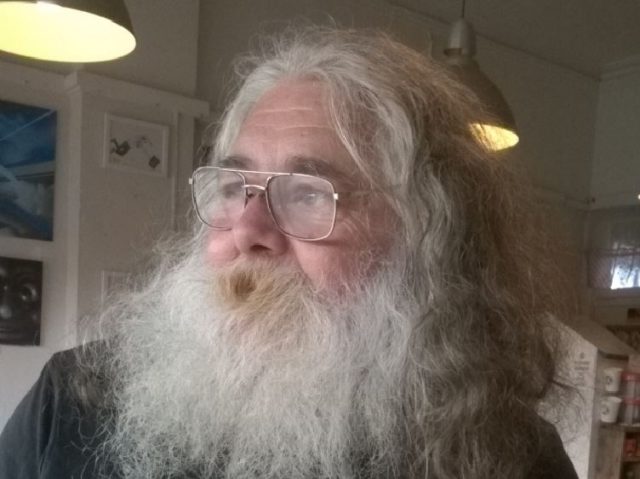 I’ve been in Yarraville since I was 2 weeks old. We lived out the back of the family business – McCulloch and Son’s Butchers in Somerville Rd. I was the oldest son and worked in the butchers too. You can still see the old signage on the brick which says “Cash Butchers” which was the previous owners, so going back to the war. Everyone thought that was their name but it just meant no coupons, cash only! My Uncle lived next door, he was a bird breeder.

Murphy’s the bookie was over the road in the big place, he bought small odd shaped sections of land off all his neighbours so that his block was square. He’s long gone but when he was an old man his cleaner used to vacuum over great lumps in the carpet and then find big wads of cash underneath.

I’ve done other things; I used to drive a truck, did the milk run to Geelong, and was a forklift mechanic.

Went up bush for a while and came back to the same house to look after mum. Lot’s of changes around here, kids everywhere – young people and families have moved in. There was a time when there wasn’t too many around, it was elderly couples. I used to round up all the old ladies who didn’t have anyone at Christmas and bring them around to mum’s. Their Christmas present was quite often me fixing their gate or taps or something else around the house they couldn’t get fixed!