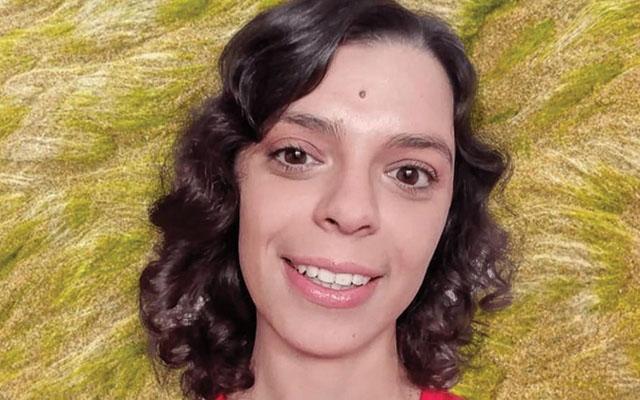 Elise West, Creative Director, and self-appointed ‘Flavour Savante,’ of the Madlore drinks range says that at the heart of her small business is the community spirit she feels from her inner west neighbours.

Elise grew up in Taylors Lakes and lived in Richmond and Bentleigh before returning to her western suburban roots to raise a family and start a business.

“I always come back here because it’s so familiar over this side. I love the multiculturalism of the west, and it’s a very welcoming community.”

Elise’s Maltese heritage connects her to the area, and she adores the Pastizzi’s from Sunshine-based business The Original Maltese Pastizzi Co.

Over the years, Elise has noticed an improvement in bike paths and green spaces, and now that she has a little one to look after, having a variety of parkland is essential to her.

“We’ve been making the most of Brimbank Park, and I’ve starting to realise how great the parks are around here. I especially noticed this during the COVID lockdowns.”

Elise also discovered the importance of community during the COVID19 lockdowns and was overwhelmed by the generosity of her neighbours.

“I did a honey swap with one of my neighbours, and there’s someone locally who donates all their white rose petals to the production of Madlore.”

Elise finds joy in the simple things, noting that her daily walks with her baby (Rey, three-months) are where she finds space for fresh air and inspiration.

“There are lots of people on the streets who are happy to smile and have a chat as you walk by. I feel like, in the western suburbs, people are more open and friendlier.”

On her outings, Elise visits Brother Nancy for the excellent service. “The owners are so lovely!” And she grabs takeaway coffees from Dumbo.

Her favourite dinner is from Harley and Rose. “We always get Margherita pizza and tiramisu.” And when she can, she visits Trouble in Dreams. “Having a cocktail bar like that is so important to me.”

“I’m so glad a place like that has opened in the west – it’s all good there.”

As for the future, Elise says, “I hope to keep building my business in the west. I want to run events and teach people how to make their own drinks. And bring groups of good people together for conversation and community strengthening.”

Find the Madlore range – predominately wines fortified with liquor and infused with herbs, spices, fruit, and flowers – at Trouble in Dreams in Footscray, Zymurgy in West Footscray, and online: madlore.com.au or insta@_madlore

COCKTAIL OF THE MONTH – BY TROUBLE IN DREAMS