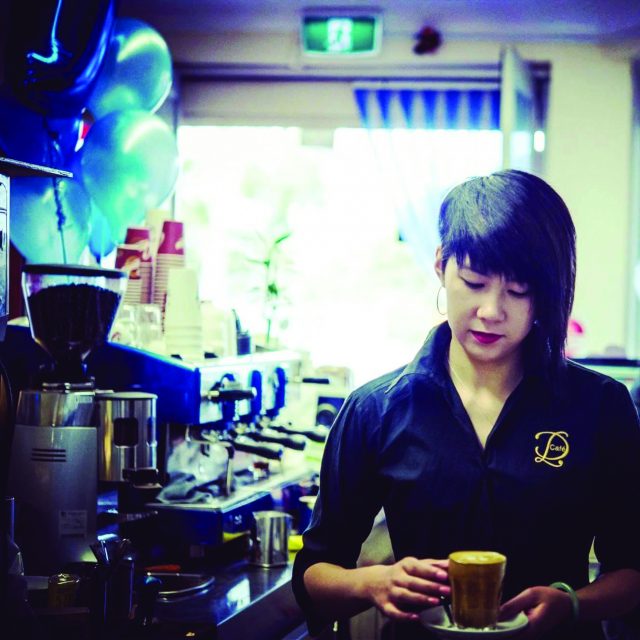 After completing a Certificate 4 in Patisserie and spending only a few years moving around within established bakery-style franchise Michel’s Patisserie, Dao Le took a leap of faith and opened her own café setting in February of 2013 – at just 19 years old.

Of all the many cafés and restaurants that pepper the shopping district of St Albans, few are held in as high regard as Dao Le café on Main Road East. Earning accolades from critics and locals alike, the small café is quickly becoming known as one of the best coffee spots in the West, renowned as much for its eclectic array of delectable cakes and desserts as for the universally-praised coffees. Despite their popularity however, the most celebrated aspect of the café is not the delicious products themselves but the welcoming nature and fantastic service of the patron herself, Dao Le.

A life spent working in café’s has obviously prepared the young business owner, having carved a sizable consumer base out of an already-saturated area in little over two years.

As anyone familiar with the area would know, the opening of her shop front radically transformed the shopping strip, the previously drab segment of the Main Road East shops now bustling with customers looking to relax and have a chat with the friendly owner.

As surrounding businesses start cleverly taking advantage of the influx of new potential customers to improve their own shop fronts, Dao Le can add extending the active shopping centre of St Albans to her long and ever-growing list of professional accolades.