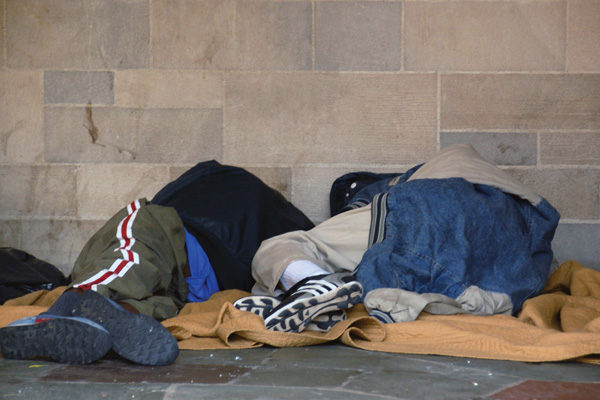 The case for the Launch Housing developments

Launch Housing is proposing to use a $4 million contribution from Melbourne philanthropists Brad and Geoff Harris to build 57 portable homes on nine disused housing blocks purchased by VicRoads in recent years in anticipation of a future road widening project.

The Launch Housing dwellings are an innovative way to use this under-utilised VicRoads land. If these proposals are not approved, the sites will remain as vacant land until a decision is made to widen Ballarat Road. This may not happen for over a decade. If the proposals are approved, they will provide much needed new affordable rental housing options for lower-income people to live in the area.

We know that some people are concerned about possible devaluation of surrounding properties, but new architecturally designed homes will make a more positive contribution to the neighbourhood than empty blocks surrounded by high fences, gathering rubbish.

There is no doubt that many parts of Maribyrnong have undergone significant change over the past few decades. Rapid gentrification is pushing up house prices and rents, and affluent newcomers are displacing long-time residents. Rising house prices are not a huge issue if you already own property, but rising house prices push rents up too. Landlords are also tempted to evict their tenants and sell up to take the profits. And Maribyrnong has a lot of renters. According to Domain, nearly sixty per cent of Footscray locals rent their home.

For a single person on Newstart, an affordable rent would need to be less than $145 per week. Even though housing in Maribyrnong is relatively affordable when compared to other parts of Melbourne, lower-income members of our community still struggle to find places to live or are under significant financial stress.

People who attended the recent community information sessions about these proposals were privileged to hear from two formerly homeless people who now live in Launch supported projects. It was clear from their inspirational speeches that secure, affordable and supported housing can make a huge difference in people’s lives.

The provision of affordable rental options is a vital component of supporting a diverse community. We want to live in a community that is welcoming to everyone, whether they be a ‘hipster’, an asylum seeker, or someone that has experienced homelessness. Supporting affordable housing is one of the ways that we can make Maribyrnong a welcoming place for everyone.

HousingAIM recognises that there are a range of community views concerning the broader issues of housing development, design and density within the City of Maribyrnong. We support the appropriate use of planning controls and the planning and development process to ensure that these broader issues are addressed for new housing supply of any type, including affordable housing.

We encourage the Council and members of the community to concentrate on legitimate planning concerns rather than focusing on who will be housed in the properties. This, along with concerns about a possible impact on property values, is not something that can, or should be considered when deciding whether or not to support a planning application for a  housing development.

HousingAIM is keen to increase local knowledge about affordable housing, why it is important for Maribyrnong’s sustainable growth, who benefits, and how affordable housing is delivered and managed. We encourage anyone that is interested in a respectful space where people can discuss opportunities and proposals for affordable housing to join the conversation at www. facebook.com/groups/HousingAIM/ or via email at housingaim@gmail.com

HousingAIM – Affordable, Inclusive Maribyrnong is a new resident group that supports and is advocating for an increase in well-designed quality affordable housing in Maribyrnong. This community group already has over 90 members. HousingAIM supports the Launch Housing proposal to develop a number of properties on Ballarat Road in Footscray and Maidstone as affordable rental housing for disadvantaged people.