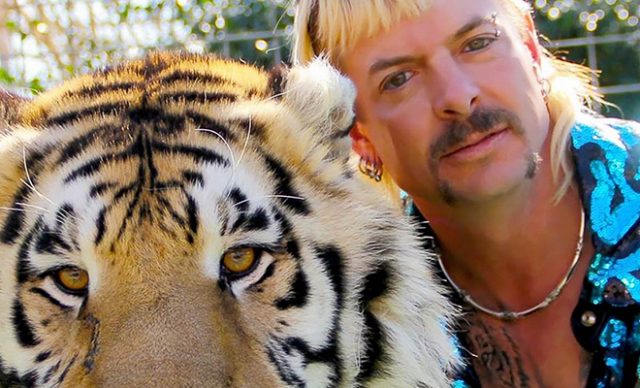 This Netflix series has seriously taken the internet by storm.

You may have seen the memes and everyone hating on that damn Carol Baskin. If you have yet to see this series, then do so at your own risk. This is all about a tiger zoo in the middle of the US, and the man at the helm known as Joe Exotic. He is no ordinary zookeeper. Somehow a story that started about a zoo turned into absolutely everything you could imagine. I’m serious there is murder, love stories, politics and conspiracies. It is everything you never knew you wanted. Now I do want to start by saying that this series isn’t all that good, but I swear I don’t know what it is but it just draws you along. I personally really believe that it is a representation of what that part of America and the culture is really like. The real life personalities that are interviewed are self-obsessive, full of ego and they all think they can do no wrong. To be honest it’s a train wreck that you just can’t help but look at. The whole thing is a joke in reality, it is overblown and exaggerated and you can’t help but laugh. I don’t know how to rate this series, low marks on creativity but a solid ten on originality and I do bet on the fact that similar series will come so you better get used to it.