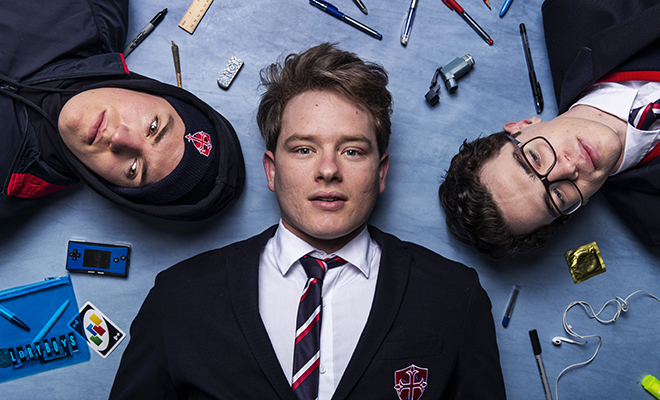 At the beginning of his journey, Zane from Our Beloved West is keen to get started on his dream career. He recently discussed his newest creation, The Library Boys, with The Westsider.

My name is Zane Borg. I’m a 22-year-old filmmaker based in Melbourne, Australia. My debut feature film, The Library Boys, is currently in post production. It tells the story of my experiences growing up in the western suburbs of Melbourne and surviving my last year of school with my best mates, James and Mitch. Prior to making this film, I wrote and directed three shorts films that you’ve never heard of, and I was a film school dropout.

Let’s start from the beginning. When did you realize that you had a passion for film making? Was it something you always had or was there a moment that made you realise it felt right?

My passion for film-making started when I was 7 years old and I saw JAWS. I remember being absolutely terrified from the opening credits, but realised about an hour in that we hadn’t even seen the shark yet. That was how I first became aware that someone was actually behind the camera and using it in a way to manipulate the audience. It was like a big magic trick, and I wanted to be in on it. Ever since then I’ve been figuring out how they do it.

You’re only 5 years out of high school, so when did you decide to make this film and what led to its idea?

I began writing what would eventually become The Library Boys as early as 2016, when all of my high school memories were still fresh. I was in a place that I think many people find themselves in after graduation where I was unsure of my future and nostalgic for my past. I went from seeing my best friends every day to maybe once a week, so to fill that void I would write scenes about the experiences we shared. I never thought it would grow beyond the script stage, until one day I had a revelation that the only way I would ever be a filmmaker is if I actually took the jump and made a film. So, I just started doing it and didn’t ask permission from anybody.

What does this film mean to you, and what are you hoping to get out of it?

I feel so grateful that I was able to cast my high school life in stone like this and capture a really important part of my life. By making this film, I had the opportunity to look back at a time that I was once so eager to be done with, but now with hindsight I can appreciate the beauty, the friendships, the freedom and the importance of it all. This film has already given me far more than I expected to gain. I’ve made lasting friendships, been through the best film school money can’t buy and discovered what can be done when you set your mind to something. Now, I only hope that after its release I have the chance to make another one.

Where would you like to see your film in say 12 months?

In a packed cinema full of people laughing together. I think this is a movie best shared with others. It represents something we can all relate to, the struggles of being a teenager. Nothing brings me more joy than seeing people laugh at something I wrote (and was hopefully supposed to be funny). I hope this film brings people together and puts a smile on their face. Especially now, after we’ve been locked up in isolation for months.

When and where can we expect to see The Library Boys?

At this stage, it’s hard to say. We’re in post production at the moment and estimate to have the film finished by the end of 2020, but we won’t be able to release it until Covid-19 has been resolved. The film will first become available in film festivals around the world, from there we’ll know if our little homemade movie is going to make it to the cinemas or not.

Any big plans for the future?

Lots! I’ve got a drawer full of scripts and all the time in the world right now. I want to keep telling these stories, and supporting others to tell theirs. This is really just the start.

THE MORE THINGS CHANGE… THE MORE THEY STAY THE SAME?