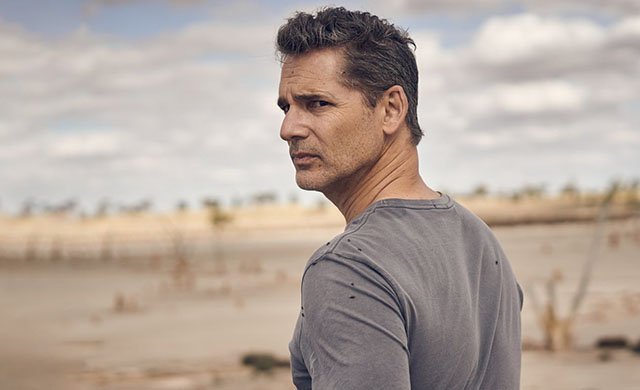 Based on the book of the same name by Jane Harper, The Dry is an Australian drama set in a drought-stricken town in country Victoria.

It is a murder mystery staring Eric Bana and I’ll give it a real early prediction of quite possibly the best film of 2021. It’s hard to say that as it is only the start of the year but all I have heard are extremely positive reviews. I really think it will do well internationally but we will just have to wait and see. The movie starts with Eric Bana returning to his home town where his former friend is suspected of murdering his wife and kids. He decides to look further, only to find that it doesn’t seem to add up. It’s a pretty suspenseful film which kept me on edge, waiting to see what happens next all the way through. An all-Australian cast is the best thing to see, and Eric Bana back in Australia is even better. The movie also explores the hardship of the current drought situation with Aussie farmers and the stress it causes in small towns; it’s a bit of a lesson as the town is set not too far from Melbourne. This is definitely going to be an Australian classic, well I hope it is because it’s more than a murder mystery, it’s uniquely Australian and should not be missed. (The other thing is that I saw this at the Sun Theatre’s complex up in the country town of Bright – I recommend that if you’re up there, show them some support. It’s a beautiful cinema.)