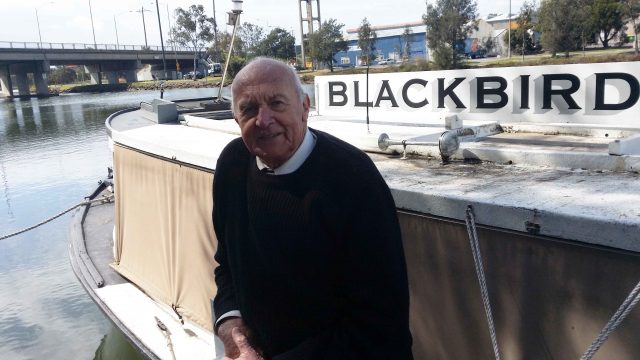 As the Blackbird chugs out into the greenish waters of the Maribyrnong River, Captain Peter Somerville glances up at the cars crossing the river on nearby Dynon Road.

“People tend to overlook the Maribyrnong,” he says. “They travel over it many times a year, heading off to other places. Most don’t realise what we have here in the West.” 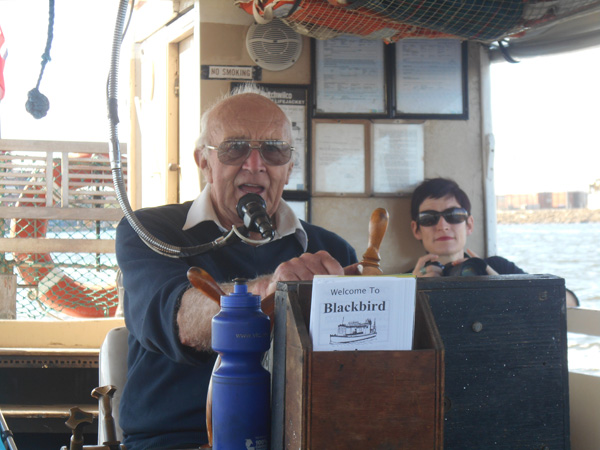 A history buff and nature lover, for 35 years Peter has run tours of the Maribyrnong on his traditional 1920s passenger ferry. Combining scenery, stories and dry humour with a keen knowledge of the west’s industrial past, his cruises offer a unique look at both the river and the area’s rich heritage.

You can opt for an upriver cruise, through parks, residential areas and secluded bushland, or do today’s shorter downriver trip, taking in the industrial areas, Docklands and the Port of Melbourne.

As we glide past the Footscray Community Arts Centre, a former piggery, Peter recounts the glory days when this part of the river was a bustling dock. “I’d love to step through a door and visit this place back in its heyday,” he says. 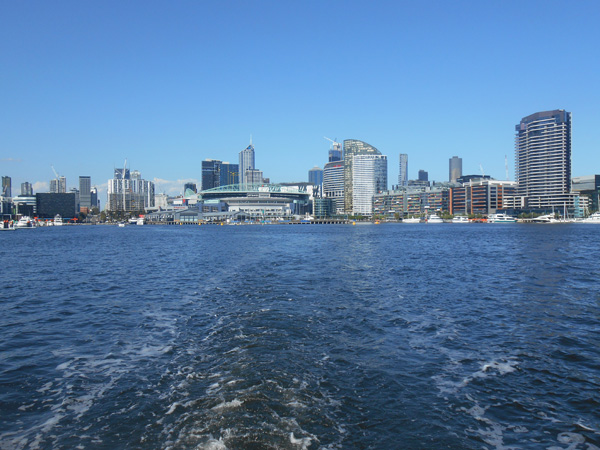 From the 1840s onward the busy riverbank became home to three hotels, ship-building yards, fisheries, soapworks, bone mills, a tannery and other factories. It was lively – but it also stank: “In the 1890s the water ran blood-red from the meatworks,” says Peter, “and there was a lot of pollution from the various industries.”

The decline of the Maribyrnong River as a working port made the water cleaner, but it also destroyed many local jobs. Dubious about high-density developments along the riverbank, Peter shakes his head over the loss of the original Footscray wharves, now reduced to crumbling fragments, and points out a busy container terminal: “If the 1926 Great Melbourne Plan had been implemented, that would’ve been a botanical garden,” he says.

Today, he says, the river’s probably the cleanest it’s been since before white settlement. While authorities monitor pollution levels at the industrial end, more than 130 species of birdlife call the waterway home, and people still fish along its length. 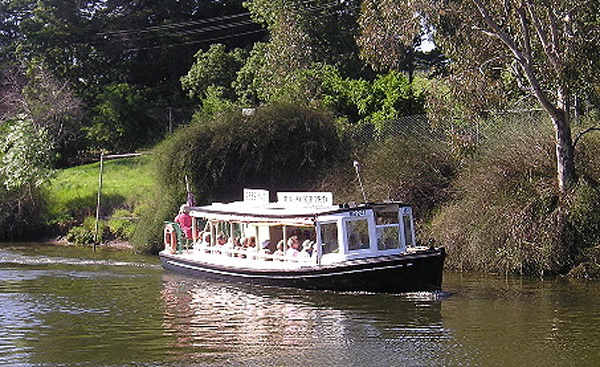 For 40,000 years the local Wurundjeri people fished, traded and gathered food along the Maribyrnong. Its Aboriginal name is thought to mean “I can hear a ringtail possum”, while Europeans originally called it “Saltwater River”. Both are apt: there’s plenty of wildlife, and the first 16 kilometres are in fact saltwater. Blackbird passengers have spotted possums, flying foxes, echidna, turtles and wallabies on the inland trip, and Peter’s seen the occasional lost shark, dolphin or fur seal venturing upriver.

The Maribyrnong is often overshadowed by its more-famous sister, the Yarra, but Peter calls his beloved waterway “the city’s number one river” – important not just to the west, but to greater Melbourne. European settlers first explored the Maribyrnong on 3 February 1803, he notes, and didn’t investigate the Yarra until the following day.

Today’s downriver trip, in glorious sunshine, takes in Coode Island, the 140-year-old Yarraville Sugar Refinery, the Bolte Bridge, Appleton and Swanson Docks, and a sparkling view of Docklands from the water. 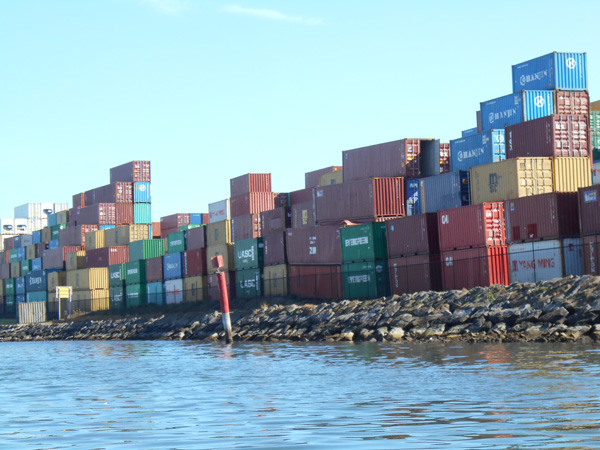 Now settled in Seddon, Peter has spent much of his life in the West. But his blue-collar roots are aeronautical, rather than maritime: he spent three decades as an aircraft sheet-metal worker for TAA, at Essendon and Tullamarine. Back in 1979, when he heard the vintage Blackbird was for sale, he mortgaged his house to buy her.

Now nudging 80, he has no plans to hang up his captain’s hat. But when retirement day comes, Peter’s son and co-captain Warwick, who’s worked alongside him for 18 years, will take over the helm. 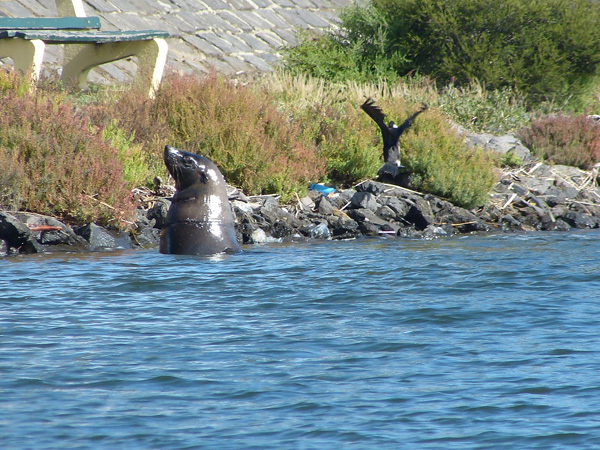 The best thing about his job? “The peace and tranquillity, seeing all the places along the river,” says Peter. “It’s refreshing and invigorating. It’s an ongoing experience, a changing landscape.”

Local author Meg Mundell wrote the novel “Black Glass” and the short story collection “Things I Did for Money”. She moved west a year ago, and loves it.