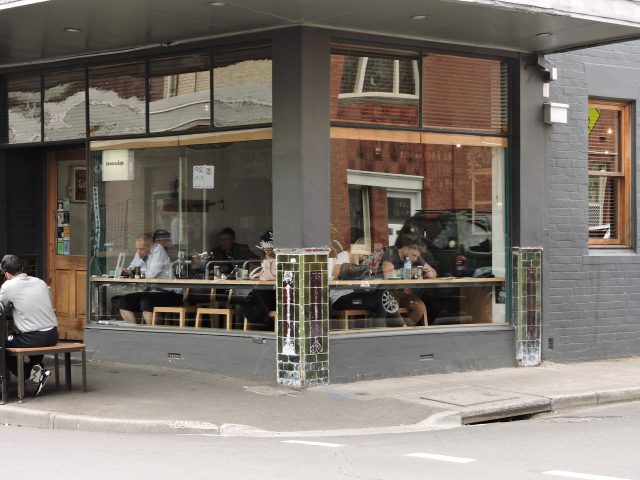 Yarraville always seems to be a sub-topic whenever there is a discussion on the forever-rising house prices in Melbourne or the Melbourne food scene. Talk about Fitzroy and you’re bound to have someone slip Yarraville into the conversation, ready to be used as a comparative example. If this was 15 to 20 years ago, the only time you would bring up Yarraville as a topic of discussion was if you needed to make an unfortunate detour to the suburb. I can’t call myself a Yarraville resident any more but I lived there for most of my life and have seen first-hand the suburb’s rapid gentrification over the past decade and a half.

I first moved to Yarraville at the age of 4. At the time, the suburb was speckled with road blocks and road works, second-hand stores, and had a greyish backdrop. The industrial look was very fashionable for many areas of the west at the time and Yarraville was no exception. Even my old primary school – St Augustine’s – lived up to the grey look with a love of grey uniforms and concrete-floored play areas.

However, it wasn’t hard for the suburb to ‘de-grey’. In fact, Yarraville, like an old, dried-up sponge, has been able to absorb and retain all the changes very easily. Some of these changes have been so significant that they warrant some sort of applause.

One of these was the resurrection of the old Sun Theatre. So heavily anticipated was the event that it easily summoned a large portion of the Yarraville population to patiently wait outside in preparation for its grand re-opening. Since then it has served as one of Yarraville’s most distinct cultural landmarks and is one of the few cinemas in Melbourne to serve alcohol to movie-goers. The Sun Theatre Bookshop is a nice little feature as well. As a kid, I was there so often that the bookshop pretty much became my own personal library. Indeed, my love of going to the bookshop continued on long after I no longer needed to use the stool to reach the top shelf.

Over the past decade and a bit, numerous cafes, restaurants and little eateries have sprouted to further gentrify this working class suburb. Many of these places have been listed on the Australian Good Food Guide a number of times – something that was unthinkable back then. I always love going to one of the cafes for breakfast on a weekend morning when I get the chance.

An increasing number of ‘artsy’ types began moving to Yarraville over the years as well, and they have contributed to turning Yarraville into a cultural phenomenon. Artists, writers, and other culturally sensitive young professionals have embraced the elements of old Yarraville while adding their own ideas to create a unique village feel. This is most evident in the annual Yarraville Festival, where all things artsy and hipster combine together.

It’s been approximately 3 years since I moved from Yarraville, but I have fond memories of the place, having lived there for most of my childhood and teen years. I have no doubt that Yarraville, particularly its cultural epicentre, Yarraville Village, will remain a key destination for those venturing to Melbourne’s west side for the first time.