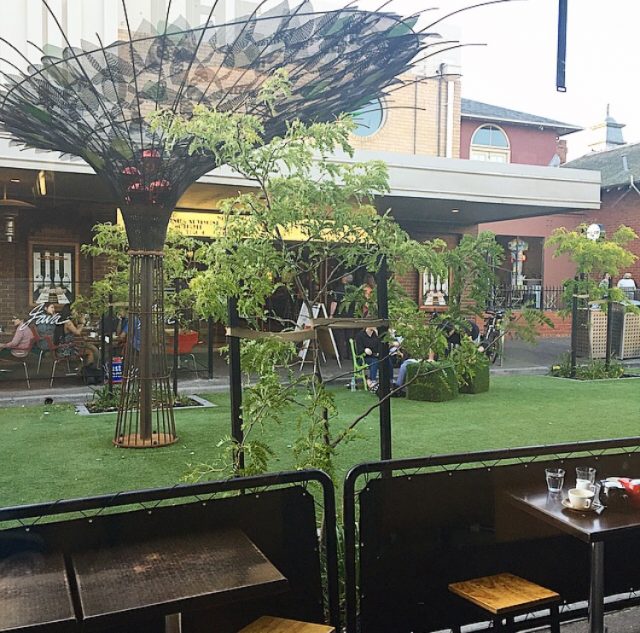 We all know that the north and in particular, Fitzroy, has it all. Right? It’s got the shops, cafes and pubs on every corner. It’s got the fashion, the vibe and it’s got the music.

But the west ain’t all that far behind.

Five years ago I was living in Fitzroy, just off Brunswick St, in the thick of it all. My local pubs were many. The Old Bar for a divey good time, ‘The Standard’ for one of the best beer gardens in town, ‘Yah Yahs’ for early morning dancing and the ‘Tote’ for live bands. These are definitely just to name a few. I had the life. Everything was at my finger tips, I was deeply immersed in the northside pub and the live music scene that I couldn’t ever imagine living anywhere else.

But like most of us do, I grew a little bit older. I met my (now) husband and turned the partying and wild times down a notch. Coinciding with this change in lifestyle was a move from my falling down terrace in Fitzroy to a brand new apartment on Francis St in Yarraville.

I will bravely admit that coming from the northside, I knew nothing of the west. Nothing. I think this is fairly common when you live in the north. There’s really no need to venture outside the 96, 86 and 112 trams. I was quietly disappointed that 1) my husband lived in the west and 2) my Fitzroy lease ran out well before his, meaning that when the decision was made for us to live together, it was me who would farewell Fitzroy to embark on a new life in Yarraville. Yarraville, the tiny village with not much else but a couple of cafes and a pretty little cinema.

I won’t lie, it took some time to adjust. Five years ago there didn’t seem to be much to do in the west,or so I thought. I soon learnt that there was actually plenty to do, it just might not be in walking distance, in arms reach, as it had been in Fitzroy.

My husband and I now in our early 30’s are still very much the people we were in our 20’s, just a fair bit tamer. Our life often revolves around having a few drinks in a local sunny beer garden and listening to live music. Over the last couple of years, the west has been delivering more and more on both these fronts. Good pubs with live music were few and far between but are now growing in number. The west appears to becoming home for people in their late 20’s and 30’s who like to go out and listen to good live music and sample tasty craft beer. That’s only becoming evident with the increase in quality places that are opening up in the area.

The Reverence Hotel in Footscray quickly became our saviour when it opened a couple of years ago. It’s easy, it’s friendly and there are plenty of bands rolling through each week. It even has a beer garden and you can never go wrong with a beer garden.

For nearly five years, St. Jerome’s Laneway Festival has been held just up the road from the Rev, at the Footscray Community Arts Centre. The festival, held in the hot heat of the early February summer not only hosts a range of national and international bands but has introduced a ton of northside kids to the west. This shows that we too are passionate about our music.

Then there’s the beer. The beer and the cider. The Willy Beer & Cider Festival returned to Williamstown for the second time in December last year. Held at Seaworks, we were not disappointed with the range of beers and ciders on offer. As we walked around the big, rusty shed sampling drinks from near and far, I had a quick rush of excitement at the realisation that this event was being held in our backyard. We didn’t have to travel to the other side of the city for it.

As for the pubs and bars that we frequent throughout the year, the Junction Beer Hall in Newport is one of the best. Many sunny Sunday is spent downing cold ciders and beers here. With a new beer manager coming on board soon, we’re keen to head back again to see what’s on tap.

The Prince Albert Hotel or Bettenay’s is where we like to head to in winter for a mid-week pub feed. It’s incredible to think that so many walks of life can socialise happily in one spot. From the older clientele who have likely called this pub their ‘local’ for many years, to the tradies having knock off drinks and the hipsters kicking off the weekend with a few beers from the surprisingly wide selection of taps. They’re all welcome and they all get along.

Sabrosa in Seddon has the coolest patch of lawn with beanbags to sprawl on during the summer time. Sipping on Sangria’s here for hours after hours is not an impossible feat.

Lastly, there’s the Yarra Lounge in Yarraville. Whether it’s summer or winter, this place is always perfect as we settle in by the window for a bit of people watching, sipping on cider and picking at Tapas. In fact, as we sat in that exact spot last night after we’d been to see a movie at the Sun, I reflected on the last five years I’ve lived in Yarraville and suddenly became aware of how much I love living in the west. This coming from the girl who was so fully tied to the north. But somehow, without me realising, the west has stolen my heart and I couldn’t be prouder or happier to live here as I continue to witness its beautiful transformation.