The inaugural Stargazed Festival is igniting Footscray this May showcasing some of the best local immersive arts and music. From 1-16th May, a series of concerts and experiences are enveloping the city, drawing attention to some of Footscray’s unique locations. 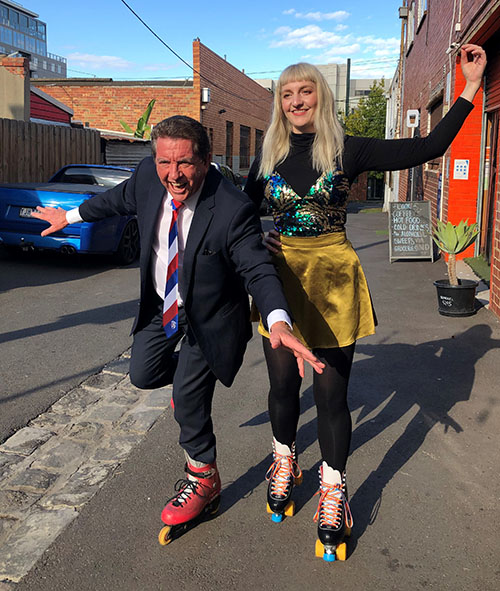 There’s everything from experimental sound and Virtual Reality to New Wave, burlesque, bowling and a dark roller disco! Or why not take a relaxing afternoon boat ride down the Maribyrnong River whilst being serenaded by dreamy acoustic folk music? The festival is presented by Stargazed, a Footscray-based not-for-profit art collective and record label, with support from Maribyrnong City Council’s Festival City Program.

For details and tickets: stargazed.org/festival.

Above: Maribyrnong Mayor Cr Michael Clarke and Stargazed Festival Director Stephanie Peters prepare for the Synthetic Dreams Roller Disco on 8 May at The Line.

Below: Shadowland at Jack’s Magazine on 1 May, photo by Stephanie Peters 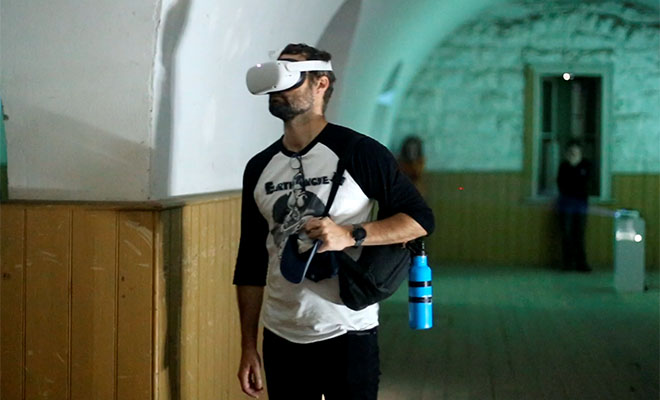