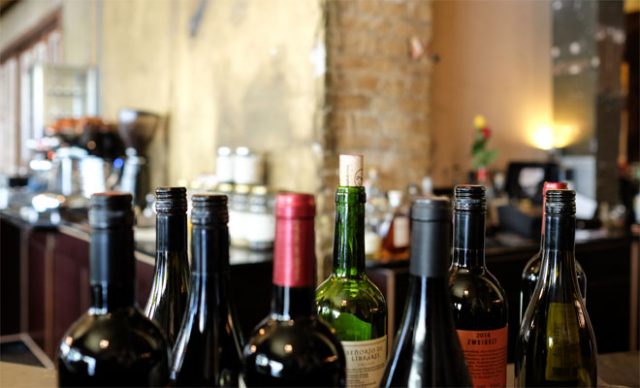 In the July issue of The Westsider, in a piece entitled ‘A brief history of my former life as an occasionally-but-very drunk dickhead’, I promised the next issue would carry a follow-up, on the very easy and very hard aspects of quitting drinking. Keen observers will know that didn’t happen.

You see, I am quite adept at procrastination, missing deadlines and letting people down. Unplanned, definitely, but still, I do. I don’t ascribe these labels to myself to beat myself up; I don’t do that as much as I used to. But what I do more of now is own my own shortcomings. Reframing… what a delightful thing!

The good side of acknowledging these things is that now I’m sober, I can just see and note them, work on them, and make progress towards addressing them (however slowly). When I was a drinker, I’d have stewed on them (pickled myself on them, more accurately), and left long-winded voicemails at stupid o’clock for the people I’d let down. The Westsider editor doesn’t know how lucky he is not to have received these!

But on to matters aforementioned and promised…

The easy things about not being a drinker anymore

None! How good is that?! I love waking on Saturday and Sunday mornings without a cannon firing into the front, back and sides of my head. I truly appreciate the absence of vomit, both in substance and odour, from my person, clothes, bed and memory.

The weekends are full days for me, and I don’t have to write off half or all of a day as being ‘the price one must pay’ for ‘blowing out the cobwebs’ and ‘sinking some piss’.

And I don’t get frustrated when it’s taken over by leftover cake mix and bowls of icing or containers with fluffy-green covered leftovers. A SECOND fridge sucking on the power grid and calling my name saying it needs to be fed before the weekend? How repugnantly capitalist.

No more do I dread opening my banking app and seeing in cold, hard cash terms, just how big of a wanker I was the night before.

Now I know I wasn’t one, and I’m a little richer for it. Who can argue with that?

The hard things about not being a drinker anymore.

I know, sounds horrible, right? But here’s the thing: it’s NOT. At all. For someone who’s genuinely interested in learning and growing and winning challenges, being relatively clear-minded all of the time means your problems have the time to ferment (boom tish) in your brain, and you can accumulate some courage of the non-Dutch variety and reach the point of confronting them.

Time and clear-headed reflection allow for making good decisions and steady progress. And a qualified psychologist is waaaay more helpful than a bartender or new ‘mate’ at 2am might have once seemed.

What I was not aware of when I was drinking is the element of punishing myself and writing myself off that drinking had become. I see now I would not only escape from my head by drowning it with beer or spirits, but I had been trying to kill its very spirit because I loathed it, and me.

Without meaning to, my new sober self began to gorge on chocolate and sugary food at dangerous levels. And it meant I was still confusing my brain and adding to my girth – negating the potential weight loss that removing alcohol might bring.

I found I’d ‘just have one’ chocolate bar, then another, and soon enough I’d wake in the morning with a hazy head and wrappers all around me and the need to sit on the toilet for ages. What had actually changed?

Not torturing myself, for a range of psychologically-fascinating-but-real-and-dastardly reasons, was something I was going to have to work hard at. With help.

This one is very hard.

Want to do something but feeling nervous about it? Have a few drinks and you’ll be fine.

Need to have a difficult conversation with someone but don’t feel like you can? Have a few drinks and you’ll be fine.

Going to be in a difficult social or family situation and not excited at all? Have a few drinks and you’ll be fine. But once you’re a non-drinker, you can’t do that. Obviously.

I’m sorry (for you) to say, but proud (of me) to have learned, there’s no shortcut. No rescue or sidekick that’ll save you from the discomfort. You’re going to have to visualise it happening, dig deep, and just do it anyway.

One thing I’m glad of is that I started doing comedy after I’d stopped drinking. I know that if it had been something I began whilst still a drinker, I’d have relied on three drinks to get me up on stage and soften the nerves. And over time I probably would have ended up drunk before a show and made a total arse of myself.

But because I was sober when I started down this path, I’ve only ever made an occasional arse of myself because I’ve occasionally done a shit job, and that’s something you can learn from and work at not repeating.

Yeah it’s confronting to do challenging things and be in challenging situations, but as the fridge magnets and cheesy memes say (in various paraphrasings), success lies on the other side of hard work, failure, and more hard work.

The thing I have surprisingly found the easiest, though, is not turning into a teetotalling douchebag. When I drank, I thought non-drinkers were boring, and pre-judged them as preachy and righteous. I’d never let one of ‘them’ hold me in conversation because I liked fun and not drinking was the exact opposite, right? But I was wrong.

Most non-drinkers are actually really bloody good people. In fact, I’d go so far as to say the percentage of wankers is actually lower among non-drinkers. If you can conjure an image of a pub or club at 1am, you can probably imagine why.

Preaching about sobriety is like preaching about anything else: annoying and friend-losing. I made a personal decision to stop drinking, and it’s been the best thing I’ve ever done for my mental health. I can’t run away or escape from my demons, anymore. Now I acknowledge them, strategise against them, and incrementally cast them aside.

TO REFLECT, LEARN AND GROW

WHEN YOU ARE CONCERNED ABOUT SOMEONE’S MENTAL HEALTH

THANK YOU FOR HELPING TO SAVE ME: A LOVE LETTER TO THE INNER WEST