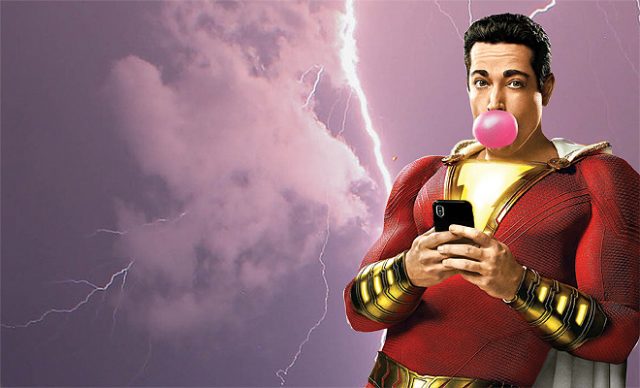 This film has most definitely been over shadowed by other films that have come out recently.

For what it is, it should have more recognition – a super hero film that is released just before the biggest super hero film ever to be released. The story revolves around Billy, a foster child who just can’t seem to find a suitable home or his mother. It is an age old story of good against evil, along with finding ones self. Usually the DC films are pretty dark and serious, but I am thankful to say that this one has a spark in it that sets it apart from the rest. It is witty and funny. I like that the story is still simple at heart but still explores the origin story. Zachary Levi has to be the perfect pick to play the super hero known as Shazam. It is a man who inside is still actually a young boy, and that makes for some incredibly funny scenes. Shazam is going to be many kid’s favourite super hero. He can fly, has super strength, is bullet proof and controls the power of lightning. How Billy comes to learn about these powers is also a journey. I did feel that this film was a little bit rushed, but usually origin films are with a restricted run time. I was definitely surprised and pleased with this film. It is a simple, light-hearted film that has lots of laughs. This is probably one of the better films to take your kids to. This movie is great in its own way, a step aside from the usual DC films that you will surely enjoy.