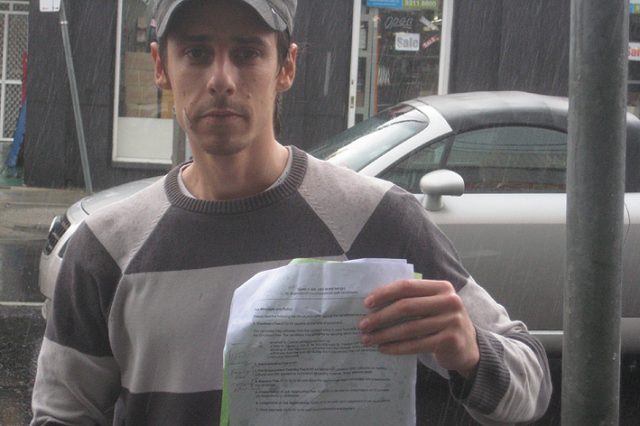 I was vulnerable and felt taken advantage of by a recruiter. I was looking for work and found myself on the Australian Government Job search website. With a decade long customer service employment history I applied for a job as a ‘front-end receptionist at a 5-Star hotel in Tullamarine’ and was obviously excited to receive a text later that day. The message stated I was a successful candidate and must attend a group interview the following morning in  Preston.

After forking out my last $50 on petrol, I arrived dressed in one of my best outfits, walked up the stairs and entered what seemed to be a pop-up office of sorts. It was probably then my intuition started to ring alarm bells.

As I waited in what was supposed to be a waiting room, I made an effort to observe my surroundings carefully, looking for any clue of a company name, a website name or anything entailing a reference that I could check online to clarify whether or not my suspicions were justified. Unable to find anything besides A4 sheets of paper with the name CAP U Skill on them, I decided to have faith as there were at least 13 other participants arriving and I really needed this job. At 10am a man in a suit came in and told us to take a seat and introduced himself as Lou Petrovski. It soon became apparent that what was supposed to be a specific job interview was more of an introduction into the possibility of becoming one of Mr Petrovski’s recruitment ‘candidates’. This direct interview for a front-end position at a 5-Star hotel lobby, soon became an induction into this person’s ‘recruitment agency’.

The group was told that to be successful for the advertised position we would need to complete a week’s worth of in-house training provided by the recruitment agency, for which we would need to pay an upfront registration fee of $180 dollars. Once we paid the fee and completed the training program provided, then and only then would we be employed by the 5-Star hotel in question. That’s when the penny finally dropped for me. After witnessing the majority of the candidates in the group interview handing over large sums of money in the hope that this was a genuine opportunity, I, for lack of a better term, bailed!

Later I arrived home to discover, after my own investigation, that I had been in the offices of an alleged rogue recruiter. A Current Affair had recently run a piece on Lou Petrovski to highlight this practice. This gentlemen had allegedly discovered a loophole within the law that allows him to continue with this activity.

The moral of my story is that job seekers should be aware of any job applications that do not provide the name of the business to which you are trying to find employment, as well as any application process that is undertaken via text messaging or public email accounts like gmail.