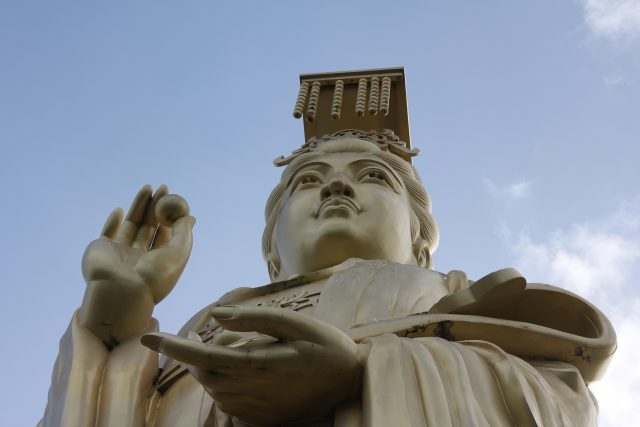 There are places in the west that we pass daily which seem forever destined to remain a mystery or curiosity – like the cluttered yellow barbershop on Williamstown road, the ‘Museum of Printing’ on Geelong Road, or even the old Greek op-shop in Spotswood – but Footscray’s Heavenly Queen Temple need not be a mystery any longer. 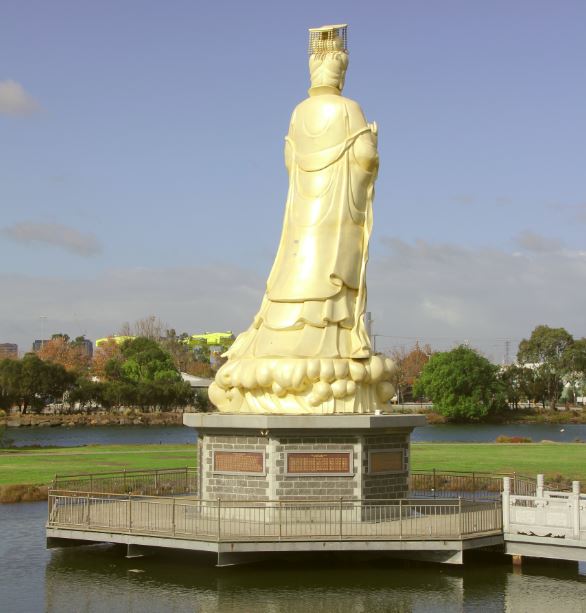 Most recognisable for its 50 foot gold statue overlooking the Maribyrnong River which is visible from  trains on the Sydenham line, The Westsider recently visited for the birthday celebrations of the royal deity herself, and was given the grand tour (and a tasty pork bun) by Society President Mr William Tsang. 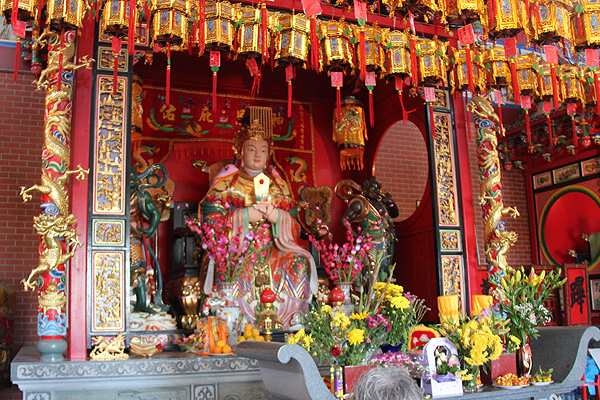 The Maribyrnong River bank began its transformation into Australia’s largest Chinese temple with the acquisition of the unused land wedged between the river and the railway line previously designated a “100 year flood” area, meaning no building could be undertaken for fear of potential flood damage. With the land-raising project complete, the foundations were in place for the current temple and grand entrance gate, with the complex awaiting completion of left and right wing buildings, plus an additional temple at the rear over the coming years.

To its worshippers, the temple is a celebration of the goddess Mazu – the protector of sea travellers – but it also stands as a testament to the resilience of the Chinese people who journeyed to Footscray and surrounds via troubled Vietnam in the 1970s and ‘80s. It is also home to four other deities – the Gods of War, Wealth, Health and Education – who watch over temple visitors from their lofty perches.

The complex was designed in China and modelled on Beijing’s Forbidden City. Despite the fact that work is expected to continue on the site for years to come, today the temple is buzzing with locals paying their respects and offering gifts of food and incense to the gods. A lively monk is chanting prayers and beating a large drum in time with chimes.

But it’s the gold-painted statue that draws the outsider in, its gaze cast majestically over the river.

“It was made and imported from Nanjing in China” said Mr Tsang. “It cost $450,000 dollars including the base, but you can’t build it for that price here.”

Mr Tsang confirmed that once the left wing was completed, the right wing construction could commence; “The two wings must be finished next because they will then protect the main temple”.

No doubt the new wings will be a decent barrier from cold winds and raging storms, but we’re fairly sure Mr Tsang was speaking spiritually – that the wings will protect the temple from evil. 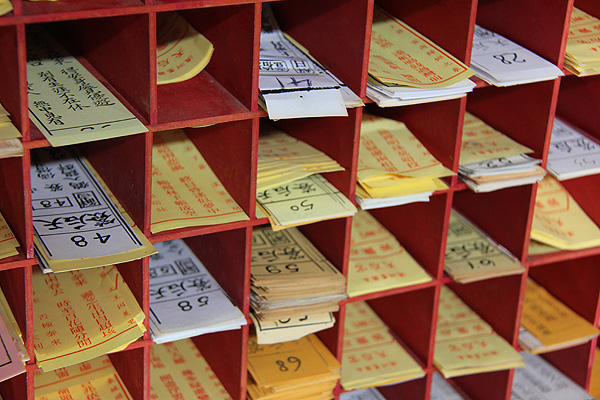 The society hosts hundreds of devotees each week, mostly from the Chinese community, along with school groups and other visitors, and anyone is welcome.

“People from everywhere can come here”, said Mr Tsang, “it doesn’t matter who they are or where they come from, as long as they pray from their heart. More than 1,000 people will visit each week”. 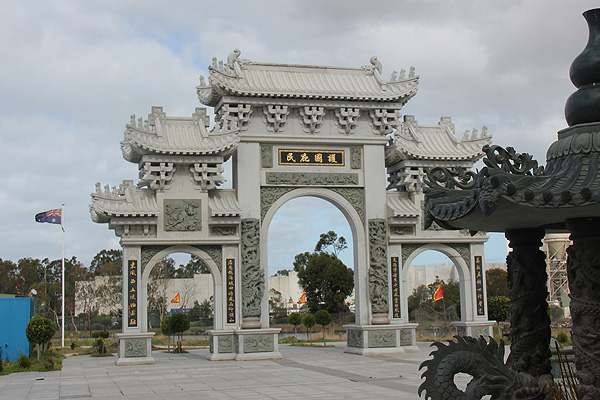 The site itself is still fairly open and lacking security, it begs the question; “Is vandalism a problem”

“Yes, very much so,“ Mr Tsang tell us “but only graffiti at the moment, we have it cleaned every month.” The president hopes the access and surrounds will soon match the temple’s elegance; to date the road is unpaved and muddy, and lined with abandoned factories and piles of rubbish.

“The Railway Authority, they still own some of that land, and the old buildings will one day be developed into apartments and other residencies. When that happens, well, the developers and the Council will have more reason to fix that area, it’s not good now. But we will work together” 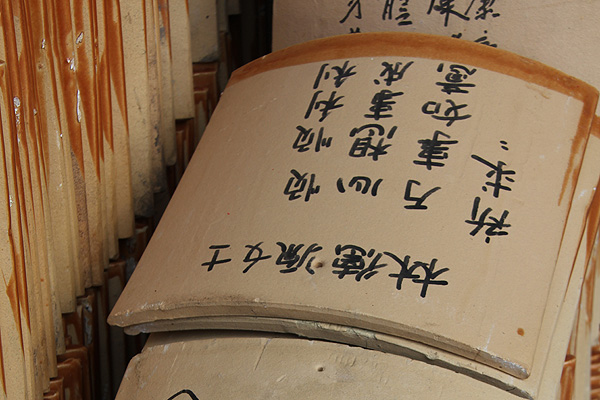 The temple complex is expected to be finished by 2019.

The Heavenly Queen temple is on Joseph Road Footscray, by the Maribyrnong River.

LEARNING MAH-JONG IN THE VICARAGE