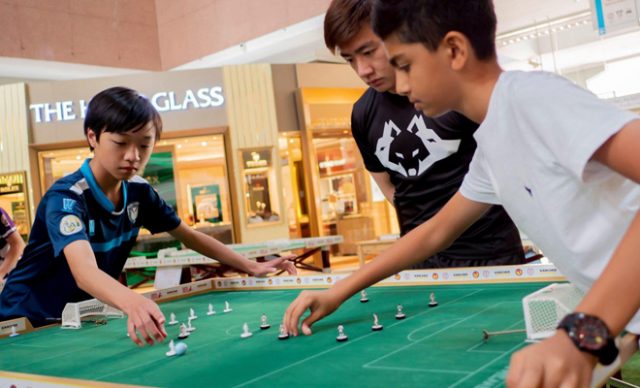 Held every two years, the Asian Cup is the continent’s biggest sports table football event and the 2019 edition was held in Singapore. Played over two days, over 60 table footballers from around Asia took part including players from Australia, Singapore, Japan, Hong Kong, Malaysia and others. 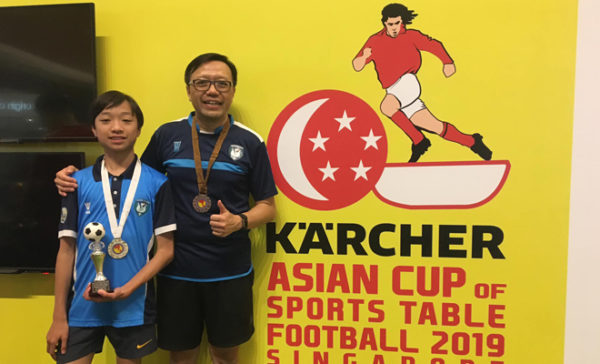 Our Pelicans went into the competition with modest pre-tournament expectations, but the father and son duo did brilliantly to say the least! They surprised many with their excellent performances throughout the weekend.

Benjamin overcame a slow start in the U19 junior category to go from strength to strength and reach the grand final! Unfortunately, he lost by a single goal to fellow Australian Ollie Ollnow from Sydney. Nonetheless, a silver medal is a massive achievement. To cap it off, Benjamin also earned his first international cap when he represented Australia in a victorious international junior friendly against host country Singapore!

In the Open category, Benny did just as impressively by progressing all the way to the semi-finals and earning a bronze medal. Along the way, he caused a few upsets including one of the pre-tournament hot favourites and second seed Anas (Singapore). Congratulations to the eventual winner and first time Asian champion Rudy Hesty (Singapore).

In summary, it was a marvellous performance by our local sports table footballers at an international stage. Well done!

If anyone would like to try out Subbuteo table football, please visit the Western Flickers Facebook page: facebook.com/WesternFlickers/ or email westernflickerstfc@gmail.com. All are welcome regardless of skill level or experience. 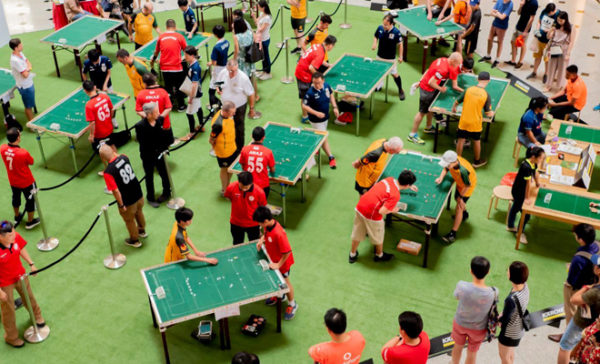 What’s all this now?

Originating from a table top game called Subbuteo, table football is essentially football miniaturised on a table. Players flick small replica players on plastic bases to slide them around the pitch to manoeuvre a ball around the pitch. Like in real football, the aim of the game is to score more goals than the opponent to win. The game combines the strategic thinking of Chess, the mastery of ball striking angles in Billiards, with the speed and intense action of real football.