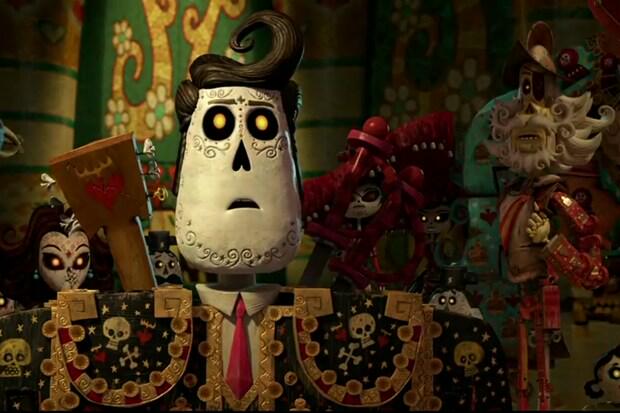 Our story is set in the little town of San Angel, Mexico. This is where we meet three friends Manolo (Diego Luna), Maria (Zoë Saldana) and Joaquin (Channing Tatum) and as they’re honouring their ancestor on the day of the dead, the gods make a wager on which boy will marry the fair Maria. But Maria is sent away to a convent to learn to be a lady and Joaquin joins the army to become the next hero of San Angel, while Manolo struggles to honor his family and will be a bull-fighter instead of following his passion of being a musician.

Many years pass and its the day of Manolo’s first bull-fight – which just happens to be the day the fair Maria returns.

After a tragic accident Manolo accepts a deal from one of the gods and ends up in the land of the remembered, where he’s reunited with family, and most of all his mother, who he lost when he was very young.