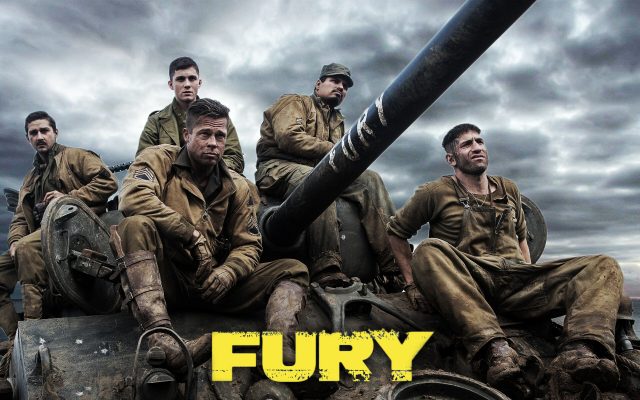 A gritty take on the horrors of war through the perspective of a group of people that man a Sherman tank during World War II. The story follows Don ‘WarDaddy’ Collier (Brad Pitt) alongside his crew in their tank dubbed ‘FURY’ traversing across Germany dealing with chaotic situations as they arise. The movie showcases the mentality of those who were involved giving us a brief understanding of the hardships that soldiers had to encounter.

For me, the movie was more about what they had to endure mentally rather than physically, giving us an inside look into hopefully what most of us will never have to witness in real life. The war film does a great job of giving the audience an authentic feel of the carnage and madness that is war, whether dealing with the recent loss of a crew mate, understanding that war does horrible things to a person, or simply coming to terms with one’s own fate. The movie really gets the viewer lost in the moment and makes us think for many hours afterwards. The acting was sturdy, and Brad Pitts role was very similar to his performance in Tarantinos ‘Inglorious Basterds’. Shia LaBeoufs in this movie was a real shock. He actually played a character that was genuine and didn’t make the audience want to walk out of the cinema!

People who go into this movie expecting to see accurate World War II events with realistic war-like strategies are going to be disappointed if not insulted, as a lot of the situations that the characters come into are purely for show. If you come into the movie with the understanding that they are not re-telling precise events and look more towards the comradery between the actors you will enjoy this movie.