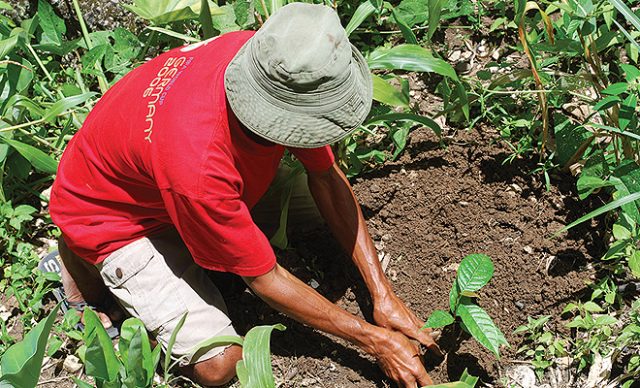 Melbourne awakens with a cuppa, takes a break with a cuppa and meets friends for a cuppa. Modern civilisation would struggle to run its sleepless cities and 24/7 work schedules if not for its caffeine fix.

Coffee has not been the second most traded commodity after oil since the swinging 70s. But oil prices have a dramatic effect on coffee prices. So do climate change and geopolitics. Generally Australia doesn’t support coffee growing: it’s too flat and dry. Coffee is grown exclusively in developing nations, often in spite of severe ongoing conflicts.

But there are some good, clean and fair things happening quietly in our Melbourne midst, and your choice of brew can have impacts that make real changes. 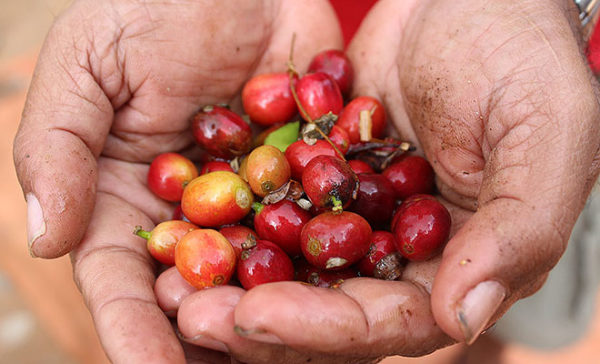 Alice, Andrew, Brett, Jake and the rest of the crew from WithOneBean have been working miracles that make the world a better place every time we buy a bag or cup of their delicious single source Arabica coffee, grown by our neighbours in Timor-Leste. How do they do it? By investing in the folks who do the hard work- farmers. By taking the time to listen to the needs of coffee growing communities in Timor-Leste.
By putting people before profit. By putting in the hours to transfer and develop the skills needed to run a co-op that caters to the specific needs of the families of Timor-Leste. By building a short, long term supply chain that pays fairly at every link. For example most growers get paid one installment every nine to twelve months depending on the season. WithOneBean pays their growers three times. 50% upfront, 25% on shipment and the last 25% on delivery.

Why direct rather than the fair trade ?

It’s about having the kind of co-op where the faces taking and making calls, planting and harvesting, selling and buying, are the same faces who were there when it all started and will be there when challenges arise.

Long conventional supply chains have middlemen who take the biggest possible cut out of the price of a cup of coffee; even in the well meaning fair trade model which gets used as an excuse to charge premium prices for stock standard products and practices.

WithOneBean’s direct trade practices cuts that chain short, very short, putting more money in the pockets of those who grow and process the beans. This keeps the price of coffee honest: a single origin Arabica coffee in a reusable cup with local premium organic milk or soy for well below $5, versus a mixed origin Arabica brew from a major brand in a cup priced at or over $5 with milk cheaper than water. Which begs the question, what are we paying for? The ethics and quality of the coffee or the landlord’s next oil-guzzling luxury SUV? But it gets better. 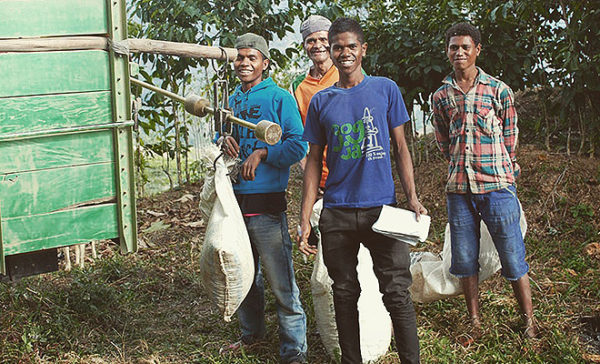 WithOneBean came about to reforest the hills of Timor-Leste. One kilo of coffee sold plants one tree. They don’t mono-crop like most coffee plantations around the world. Instead, they practice wild agroforestry: growing coffee shrubs in the forest. They also offset $10,000 of profits into carbon, every year since 2013. All that for a less than $5 per cup retail and just over $30 for a kilo of freshly roasted beans.

Our caffeine fix can fuel the changes our world needs!