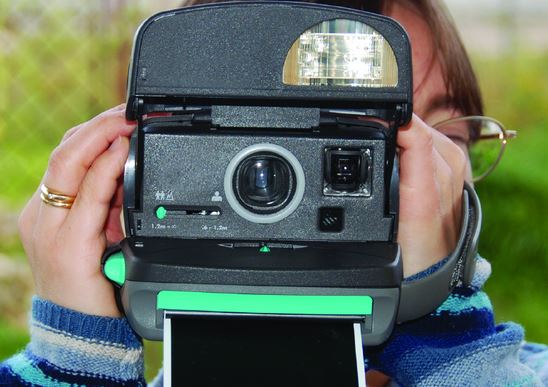 Last month I decided to pull out of my old video game consoles to play with my friends on New Years Eve. The thing is, I don’t have any of the recent game consoles and I often feel bad not having anything to entertain my guests with except maybe the occasional movie or two. However once I pulled out all the old consoles from my cupboard, dusted them off and plugged them in, it was like revisiting my high school days all over again! We had a ball, playing earlier versions of Mario Kart and Mario Party. The fact that these games were still fun to play, showed that not everything dies with age, which then made me realise something.

I realised that going retro can be such a refreshing experience that we often take for granted what we’ve kept and stored away that you’d be surprised with what still works, what memories you had with it, and that they can still give today’s more fashionable things a run for their money. The thing is I’m a sucker for old things that I’ll always find a good use for them regardless of how ‘obsolete’ people may say they are which is why I’ve selected five retro things that I think are still pretty cool to use and take with you to work, uni, or wherever!

I never owned one but whenever I got my hands on one of these cameras my eyes would light up faster then the flash itself. Until digital cameras and (more commonly) phones pushed the traditional film cameras aside, the Polaroid was the only way you could instantly have a hard copy in your hand right after the picture was taken. This was a Godsend back in the day because rather then just simply uploading a photo, we had to make trips to places like Kmart with the film, pay to have it developed, wait for a day or two, and then pick them up. It was a lot of effort but with that effort we had physical pictures we could treasure! Unlike today which is becoming less frequent with everything being on our phones and social networking sites. The Polaroid still garners a following because it’s just makes taking a photo awesome fun, which is why it makes this retro list!

Ever seen last year’s Guardians of the Galaxy? Chances are, if you have you’ll know what I’m talking about with how attached Star-lord was to his Walkman in the movie and why I’m still attached to mine! I wasn’t born until the mid-80’s but I still managed to end up with one of these. As a kid I never really took it out anywhere but only ever played it at home. The fear of losing it or having it stolen at school surly made me think twice should I have ever thought of leaving the house with it. Although now all my cassettes are gone (with the exception of Michael Jackson’s Thriller), I’m more then tempted to log onto eBay and hunt down a view to increase my library.

Let’s face it people. Phones control our lives and it’s sad but at least at the peak of the Nokia days, phones only had partial control of our lives that they were just simple communication devices before they exploded into multimedia platforms. I’m kind of cheating here with the Nokia 1100 because it isn’t that retro because we still had the bricks to talk into but then again most of us never had one except for our parents. 😉 The Nokia was the longest lasting phone I ever had and was far more duable compared to today’s smart phones. It was simple, easy to use and… it had Snake! This game was the Angry Birds of 2003 and for a good reason, to be crowned the overall snack champion based on score on the crazy coordination you needed to not eat yourself was awe-inspiring! The other thing I miss from the Nokia era? People would actually have a one to one conversation with you when at the cafe without a phone between you.

Oh boy, one of these. This was the toy that every kid wanted after watching Home Alone 2. The scenes of ultimate trickry, deception and blackmail came to mind when using one of these that all it required was a master planner to make good use out of it…. and a cassette…. and four AA batteries. What made it so popular wasn’t just how it was used in the movie Macaulay Culkin, but the cool features it had for manipulating the sounds it recorded turning it into the ultimate voice changer! Can you have that much fun when recording with your phone? I think not!

This shouldn’t be a surprise. After all, I did say that I was playing Mario last New Years and what Nintendo fan from the late 80s till the 00’s was complete without a Game Boy? However, when I mean Game Boy, I mean the original brick with the green and black screen that required another set of four AA batteries to power it up. My first ever game was Tetris that my mum scooped up for me from CashConverters. Indeed, it would be my first ever gaming console since I was denied a chance to own anything else. Unlike my Walkman, I took my Game Boy everywhere, in fact I even took it to bed with me and played under the sheets. Indeed, Game Boy was my childhood friend even after he was reincarnated time and time again to even more advanced models. What made Game Boy truly amazing was the library of games that could be played and that’s what it was all about, despite it not being in colour. Nowadays with many more people choosing to just play games on their phones and with Nintendo moving onto the 3DS, Game Boy now feels like a distant memory for many.

Does anyone my age feel old yet? Give me a few more years and I recon I can start calling myself a dinosaur at this rate. I’m now wondering how much some of this stuff goes for on eBay, I’m not selling my Game Boy or Walkman though, so don’t ask! 😉

MORE THAN JUST A MILK BAR