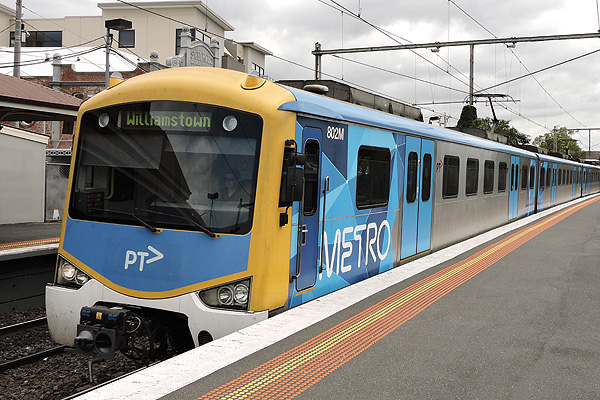 If you had a magic wand and were told that you could fix one thing in Melbourne’s west, what would you do? Would you build a bridge from Willy across to Portsea or Philip Island, Key West style? Would you make it mandatory for a Bulldogs membership for every resident west of Coode Island? Would you insist that anyone who boards the train before allowing passengers to get off has their myki suspended for a month? Honestly, I don’t think I could decide out of those options.

They all have benefits, some more obvious than others.

But alas, the wand does not exist. The bridge is but an engineer’s dream and the liberal myki fining is but a commuters dream.

But in this magical time of election season (can’t you just feel it??) we are uniquely placed to get some of our fanciful ideas across. Fantastical ideas like funding public transport and improving the dismal bicycle infrastructure and tax rates akin to the kind that exist to stimulate economic growth in regional Victoria. You know, fanciful ideas.

At the moment, the west is home to 20% of Melbourne’s population and within 30 years, will be 35%. And while maps of “Greater Western Sydney” hang upon the hallowed halls of our Parliament, the same recognition or acknowledgement doesn’t exactly come our way.

Some hard (and hard to stomach) facts :

So what can we do?

Start with this petition: www.timeforthewest.org.au/sign_our_petition. We can move on to writing to your councillors, state parliamentarians or federal reps in next month’s edition of “What’s Megan miffed about this month?”

And as for the mandatory memberships idea, well I’ll leave that out there for a bit. Maybe one of the local councils could introduce that as part of their citizenship ceremonies.

You can read more about Time For The West and their champions LeadWest at the following links:
www.timeforthewest.org.au
www.leadwest.com.au
facebook.com/timeforthewest

WEST GATE TUNNEL PROJECT: A LETTER FROM RESIDENT GROUPS OF THE INNER WEST

WHY I (CONDITIONALLY) SUPPORT THE WEST GATE TUNNEL PROJECT